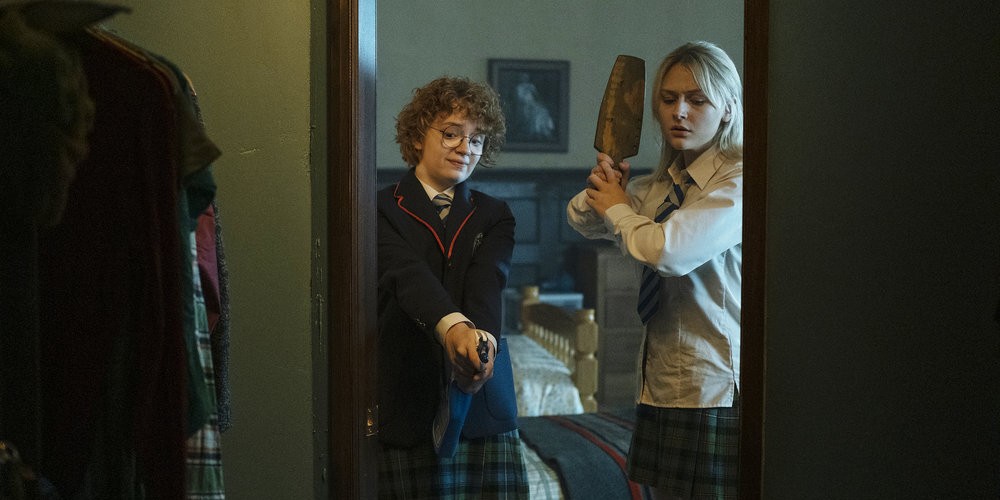 The second season of ‘Chucky‘ continues following the murder massacre in the Beverly Hills house of Jennifer Tilly. The fifth episode, titled ‘Doll on Doll,’ returns viewers to the Incarnate Lord School, where Jake, Devon, Lexy, and Nadine are dealing with the threats of multiple Chucky dolls. With the constant influx of killer dolls entering the school, the teenagers decide to find the source of these problems. Meanwhile, the group also faces other challenges and makes a startling discovery that heightens the stakes for the remaining episodes. If you wish to catch up on the episode’s events and ending, here is everything you need to know about ‘Chucky’ season 2 episode 5! SPOILERS AHEAD!

Episode 5, titled ‘Doll on Doll,’ opens with the brainwashed “Good” Chucky continuing his interaction with the ripped “Swole” Chucky. Inside Father Bryce’s room, the two dolls fight each other, and Swole Chucky gets the upper hand. However, Good Chucky uses a set of knives to defeat his opponent and brutally murders the other doll expertly. Jake and Devon arrive on the scene and contemplate how to handle the situation. Jake wants to help Good Chucky out of his guilt for Gary’s death. Therefore, he takes the doll away, leaving Devon to deal with the Swole Chucky. 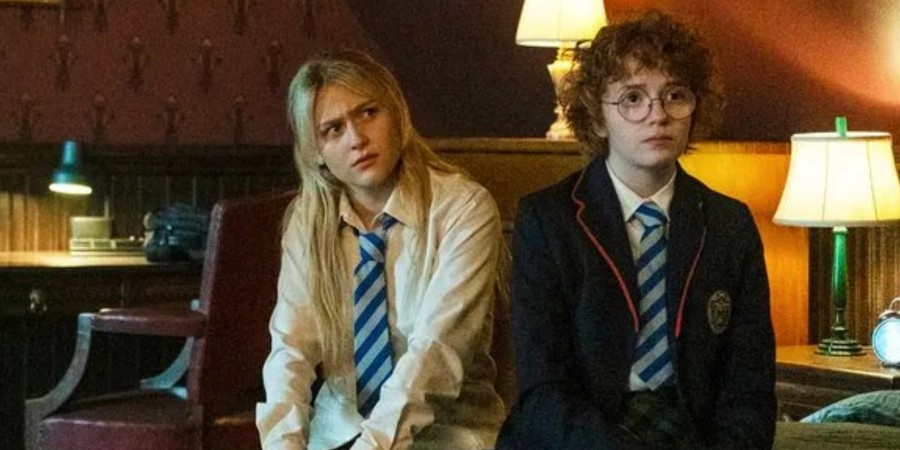 However, before Devon can clean up the scene, Father Bryce catches him. He believes that  Devon is conducting anti-christ activities and decides to punish him. Meanwhile, Lexy and Nadine recover from the trauma of Trevor’s death. Nadine comforts Lexy, who is experiencing withdrawal symptoms and encourages her friend to break out of her drug addiction. On the other hand, Trevor’s dead body is missing, and the girls are puzzled by the development.

Later, Father Bryce seeks Dr. Mixter’s help in handling Devon’s allegedly rebellious behavior. Bryce wants to expel Devon as he believes that the student is beyond saving. However, Dr. Mixter vouches for Devon and is confident they can mend the teenager’s ways. In Beverly Hills, Glen is troubled by the nightmares of Joan’s death (killed by Glenda in ‘Seed of Chucky.’)

Meanwhile, Tiffany and Glen’s relationship is strained because of the twins helping Nica escape the house. Tiffany is keeping Jennifer Tilly’s soul alive in a Tiffany doll. However, when the actress’ sister, Meg, starts poking around, Tiffany kills her. Tiffany gifts Glen a doll, and the two seemingly reconcile before burning down the house and moving away. At the school, Jake tries to baptize Good Chucky with Nadine’s help. Realizing that Jake cannot understand the Good Guy doll’s plotting, Devon and Lexy launch their own investigation.

Chucky Season 2 Episode 5 Ending: Who Is the Colonel?

The series’ second season takes place in Charles Lee Ray’s former foster home, where the serial killer dolls arrive one after the other. As the season progresses, we see various versions of Chucky masquerading in the corridors, claiming several lives. In the fifth episode, Lexy and Devon realize that someone must be sending the dolls through the mail and decide to track the person down. From the records, the duo discovers that the dolls are being shipped from an address that belongs to a mysterious “Colonel.” 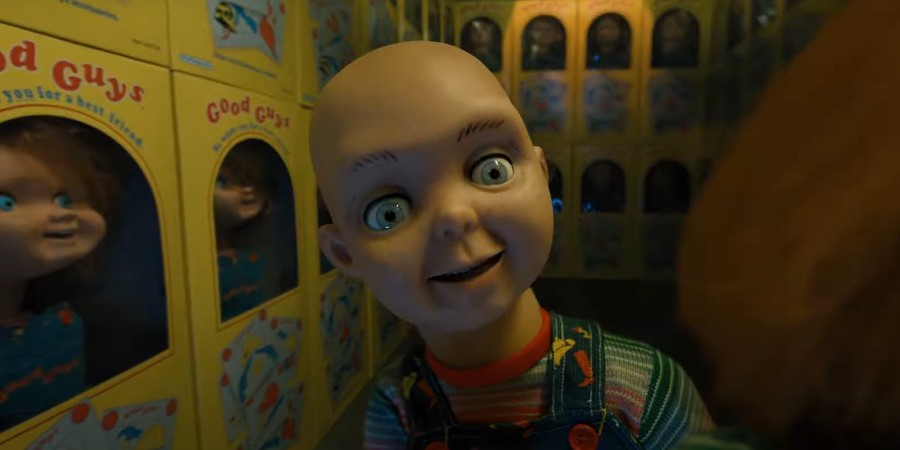 Lexy and Devon decide to search for the location and venture outside the school. They arrive at an old cabin in the woods, hoping to find the “Colonel.” They desire to end the steady influx of the Good Guy dolls by confronting the person behind the dark and twisted game of torture the teenagers are subjected to. However, once they find the cabin, the subsequent discovery shocks Lexy and Devon. Inside the house, the teenagers find that scarred Chucky doll managing the affairs. The doll is the same one that jumped off the cliff with Andy in the season premiere. However, this version of Chucky is entirely bald and appears battle-hardened. Therefore, it is safe to say that Jake and his friends should not expect any mercy from the supposed “Good Guy” doll. The final scene confirms that this Bald Chucky is sending the dolls to the Incarnate Lord School, making him the Colonel.

How Is Andy Alive?

The revelation of the Colonel’s identity is not the only surprise in the episode, as Lexy and Jake make another shocking discovery. Inside the cabin, the teenagers also find Andy. He is still alive but being held captive by Chucky alongside Dr. Mixter. The teenagers are shocked to learn about Andy’s fate. On the other hand, Chucky prepares to torture Andy and Dr. Mixter as the episode closes out. In the season premiere, viewers see Andy Barclay driving off a cliff with a van filled with Chucky dolls. Therefore, his survival is a big mystery that the episode does not completely address. 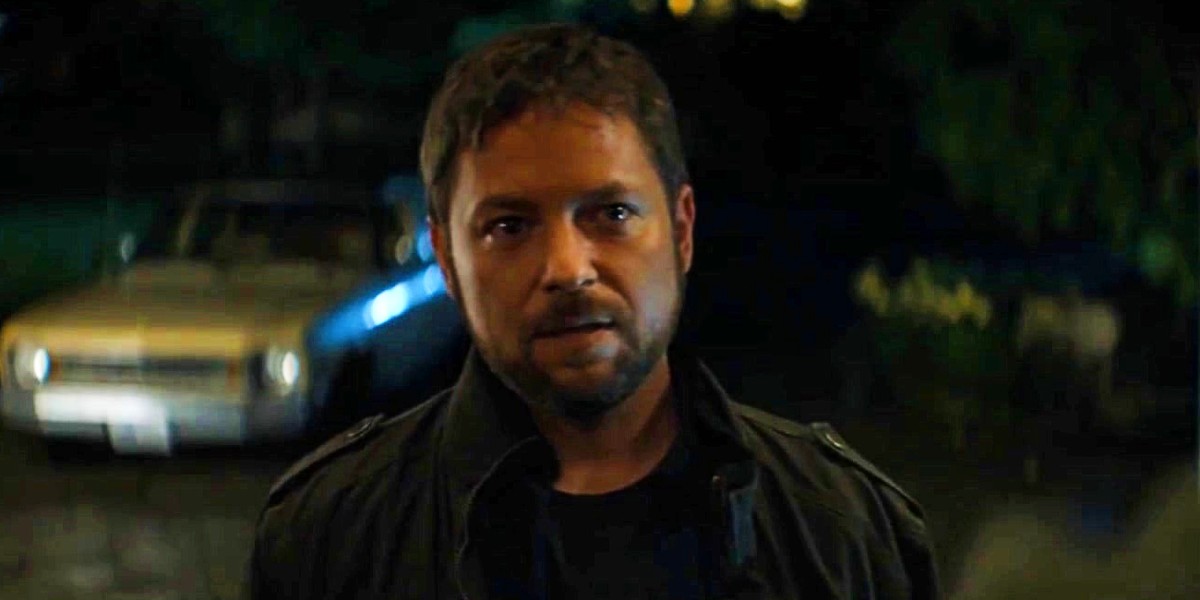 Andy Barclay is Chucky’s first victim and one of the most popular characters in the ‘Child’s Play’ franchise. Therefore, viewers will certainly welcome his survival. It is likely that during the fall in the first episode, Chucky summoned his magical powers courtesy of Damballa. As a result, the accident did not prove fatal, and the Chucky dolls survived. However, Andy might have also survived as a byproduct of this move. Therefore, Chucky is keeping Andy hostage, and the Good Guy doll loves nothing more than torturing its former owners. Hence, it is safe to say that things do not look good for Andy. Not only did his plan to stop Chucky fail miserably, he now finds himself at the serial killer doll’s mercy after spending years hunting Chucky down. Therefore, it will be interesting to see the remaining episodes tackle Andy’s storyline.