Closet Monster Ending, Explained: Was Buffy Real? Is She Dead? 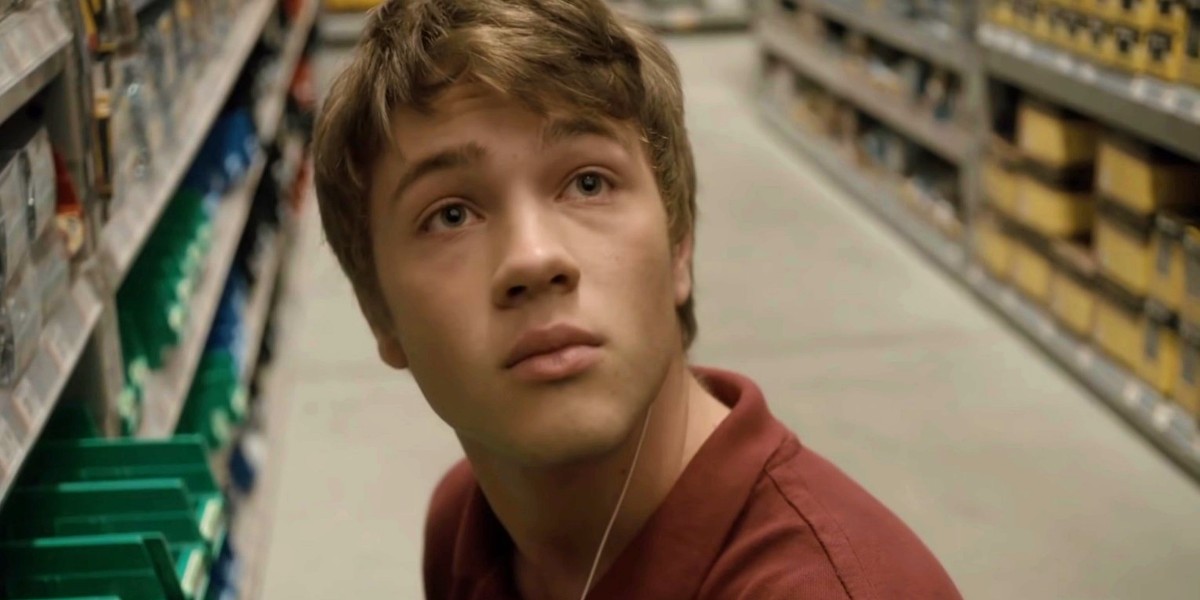 ‘Closet Monster’ is a 2015 drama film written and directed by Stephen Dunn that revolves around Oscar, a closeted gay teen who is left traumatized by an incident in his childhood. Reeling in from his parent’s divorce and an internalized trauma, Oscar hides his sexuality while simultaneously searching for a way to express himself.

The film deals with several complex themes and presents Oscar’s psychological and emotional struggles through horror and fantasy tropes. Ultimately, Oscar decides to confront the pain in his past, leading to some interesting ramifications. If you seek an explanation about the conclusion of Oscar’s journey, here is everything you need to know about the ending of ‘Closet Monster.’ SPOILERS AHEAD!

‘Closet Monster’ opens with an eight-year-old Oscar Madly being introduced to the world of fantasy and fiction by his father, Peter Madly. However, Oscar soon learns that his parents are getting divorced. Oscar’s mother, Brin Madly, leaves the family’s house, and Oscar feels abandoned. One day, Oscar sees a teenage boy being bullied by his peers. When Oscar follows the teens, he witnesses a violent homophobic attack that traumatizes him. Oscar seeks an explanation from his father but receives a casually homophobic response. Oscar’s trauma about the incident and his parent’s divorce becomes internalized, and he confides in his talking pet hamster, Buffy. 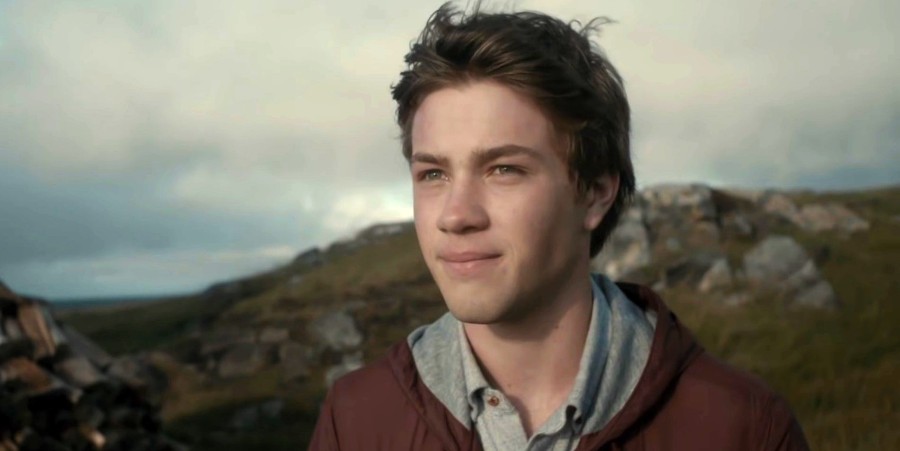 Years pass, and Oscar becomes an eighteen-year-old who is confused about his sexuality. While Oscar is gay, he has difficulty accepting it because he fears his father’s reaction. He is best friends with his classmate, Gemma, and is interested in studying makeup. While preparing for his graduation and expecting admission to special effects and makeup school, Oscar takes up a job at a hardware store. While working at the store, Oscar meets the flamboyant outsider, Wilder, and develops feelings for him. When Wilder prepares to move away, he invites Oscar to a costumed party.

That evening, Oscar learns that his college application has been rejected. He argues with his father over his mother’s clothes while preparing for the party. The argument turns physical, and Oscar pushes his father into the closet and leaves for the party. At the party, Oscar grows confused about Wilder’s sexuality and spends time with another teenager, Alex, who rapes Oscar. Oscar experiences some severe hallucinations and passes out after the experience. Later, Wilder brings Oscar back to his tree house, where they share a kiss. Oscar’s confrontation with his father’s oppression and embracement of his sexuality form the rest of the plot.

Closet Monster Ending: Does Oscar Come Out as Gay? Why Does Oscar Attack His Father?

In the film’s climax, Oscar’s story comes full circle as he once again sees his parents fighting. After Oscar returns home from his mother’s house, he finds his father has trashed his room. As Peter and Brin bicker, Oscar searches for Buffy only to find her dead body in the yard among his other belongings. The entire scenario manifests in Oscar as a stomach ache, the kind we have seen him deal with constantly throughout the film. These stomach aches are triggered by a feeling of fear or oppression.

Oscar examines his stomach and finds an iron rod protruding through it. Oscar rips out the iron rod and proceeds to attack his father. However, the teenager directs his attack on the mailbox and shocks Peter, who retreats into the house. Oscar uses the rod to lock his father inside. The iron rod, which is connected to Oscar’s trauma, can be seen as a manifestation of his internalized fear about his sexuality. Thus, the rod appears in Oscar’s stomach. Oscar ripping out the iron rod signifies his confrontation with his fear. He uses the same to attack his father and ends his suffering. Instead of being ashamed of his true self, Oscar finally accepts his reality.

Oscar’s relationship with his father is at the root of his fear about his sexuality. Oscar’s father, although loving and kind during his childhood, has grown jaded as Oscar grows up. Moreover, Peter is casually homophobic. Despite seeing the signs, he fails to recognize that his son is gay. His tendency to erupt into outbursts is evident through his divorce from Brin and constant arguments with Oscar. Therefore, Oscar’s fear about his father’s reaction to his sexuality is justified. Furthermore, Peter’s misinformed treatment of Oscar oppresses the teenager from embracing his true self. Ultimately, Oscar confronting his father with the iron rod – a manifestation of his internalized fear – is a powerful moment that serves as the culmination of the teenager’s internal turmoil.

Was Buffy Real? Is She Dead?

After the confrontation with Peter, Oscar lives with his mother briefly. He reveals that he wants to leave the town but hasn’t been accepted into a college. Recognizing her son’s dream to become a special effect and makeup artist, Brin suggests that Oscar move to an artist’s colony on Fogo Island and continue to hone his skills. Thus, Oscar embarks on a new chapter in his life on Fogo Island. However, before leaving, he pays tribute to his talking pet hamster, Buffy. Oscar sets Buffy’s corpse in a boat and is able to have a final conversation with her before setting her out into the sea. 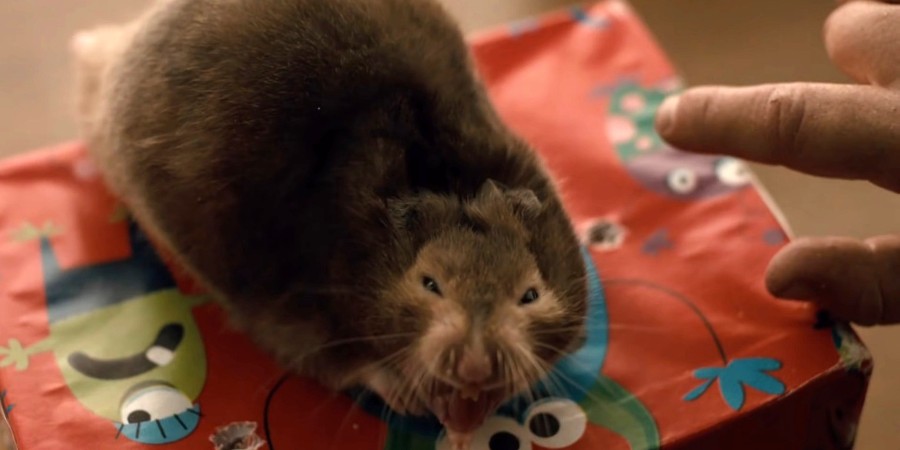 During the conversation, Buffy reveals that she isn’t the same hamster that Oscar received during his childhood and that his parents had replaced her several times. The same is hinted at during Oscar’s conversation with Wilder, where Oscar fails to recognize his pet’s gender. The scene also highlights that while Buffy is indeed real, Oscar’s conversations with her were a part of his imagination. Oscar’s bond with Buffy is one of comfort where the hamster constantly drives the teenager in the right direction. Oscar frequently confides in her and seeks advice about his life.

In many ways, Oscar’s attachment to Buffy can be traced back to his troubled relationship with his mother. Oscar’s restlessness after not finding Buffy results from his abandonment issues, while his conversations with the hamster have a warm and motherly tone. Moreover, Oscar’s insistence that Buffy is a female hamster suggests that she is a surrogate presence for the lack of Brin’s presence in his life.

Oscar subconsciously develops a bond with Buffy based on his need for motherly love and guidance that is absent from his life. Buffy is merely a regular hamster with no extraordinary skills, and her ability to talk and provide comfort stem from Oscar’s troubled state of mind. In the end, Oscar reconciles with his mother and no longer needs Buffy to comfort him. Therefore, he bids farewell to his beloved pet.