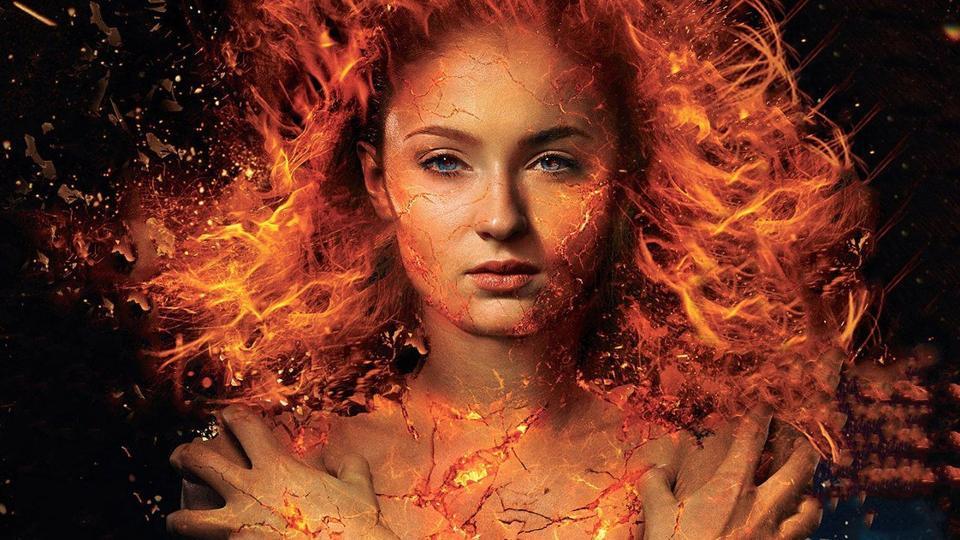 ‘Dark Phoenix’ most recently dropped its international trailer, a few days after surprising us with the first official trailer for the film. Instead of just reusing scenes from the first trailer, it decided to show us new footage about how Jean Grey, played by Sophie Turner of ‘Game of Thrones‘ fame, becomes the host to the Phoenix Force. We see new footage from the scene involving the rocket ship that was first shown at the 2018 New York Comic-Con.

We see the X-Men on a mission trying to save a spaceship full of astronauts. While the mission is a success, for the most part, they cannot save Jean, who seems to die after coming into contact with a cosmic force. However, she miraculously shows up to earth alive and more powerful. Comic book fans will know that the Phoenix Force is one of the most powerful cosmic forces in the Marvel universe. When combined with the telepathic mutant and fellow X-Men member, Jean Grey, it makes her infinitely more powerful. As she embraces this darker side of her, with a little nudge from a mysterious character played by Jessica Chastain, we see how the X-Men led by Charles Xavier tries to save Jean, while Magneto and his fellow mutants are set on killing her before she becomes an uncontrollable threat.

The official synopsis of the film reads, “In DARK PHOENIX, the X-MEN face their most formidable and powerful foe: one of their own, Jean Grey. During a rescue mission in space, Jean is nearly killed when she is hit by a mysterious cosmic force. Once she returns home, this force not only makes her infinitely more powerful, but far more unstable. Wrestling with this entity inside her, Jean unleashes her powers in ways she can neither comprehend nor contain. With Jean spiraling out of control, and hurting the ones she loves most, she begins to unravel the very fabric that holds the X-Men together. Now, with this family falling apart, they must find a way to unite — not only to save Jean’s soul, but to save our very planet from aliens who wish to weaponize this force and rule the galaxy.”

The first official trailer of ‘Dark Phoenix’ showed the conflict between Jean and the X-Men as well, while also giving away a massive spoiler. It turns out that Mystique, played by Jennifer Lawrence, will die in the movie. While fans were still reeling from this information, Simon Kinberg, the director of ‘Dark Phoenix’ confirmed to EW that the core member of the X-Men would die in the movie and also proceeded to launch into a detailed explanation of the thought process behind the character’s death. He said, “Well, the thought process behind that was to primarily show that this is a movie that is unlike other X-Men movies. It’s a movie where shocking things happen, where intense, dramatic things happen. People don’t just fall off buildings and dust themselves off and walk away. There’s a reality to this movie and a consequence to this movie. Even more than that, it was to show that Jean/Dark Phoenix is genuinely a threat to everyone, including the X-Men.”

With this being the last X-Men movie before Disney brings the franchise under its umbrella, there is understandably lesser hype, since fans want to see how Marvel Studios handles the mutants who have had a rocky history with 20th Century Fox. However, with Turner looking dangerous as an unstoppable godly force, we are pretty excited to see how the franchise ends. Notably, ‘Dark Phoenix’ will arrive in theaters on June 7, 2019, in the USA. You can check out the international trailer of ‘Dark Phoneix’ below.