David Pascoe From Below Deck Mediterranean: Everything We Know 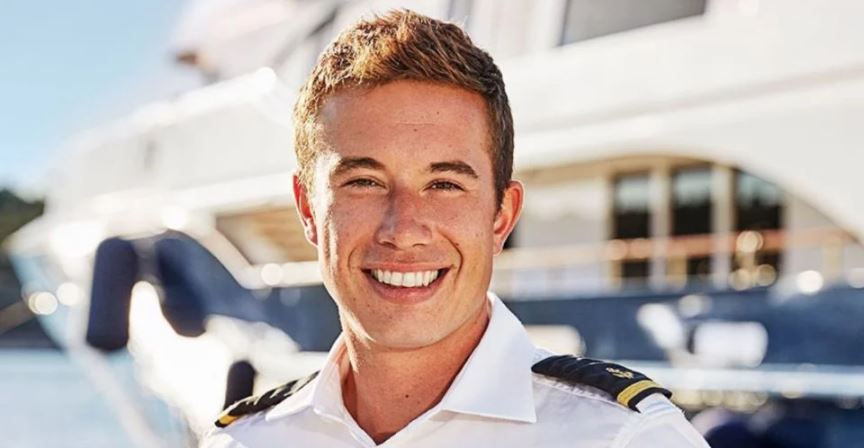 As a part of the flourishing and expanding ‘Below Deck‘ franchise, Bravo’s ‘Below Deck Mediterranean’ is a fascinating reality show that follows nine cast and crew members who live and work aboard a 180-foot superyacht. As the ship journeys through the Mediterranean and brings about a set of different challenges every day, the enjoyment for us is seeing them try to balance their personal and professional lives.

Season six of this production, embarking on an exciting charter to Šibenik, a beautiful city on the coast of Croatia, is once again led by the incredible Captain Sandy, with bosun Malia White. However, all the other seven cast members are first-timers, who seem to blend in with one another and the job perfectly. So, let’s find out all that there is to know about the new and charismatic deckhand, David Pascoe, shall we?

David Pascoe’s Nationality: Where is He From?

Although David Pascoe was born in Italy, he primarily grew up in Devon, a county in South West England that encompasses not only medieval towns and sandy beaches but also fossil cliffs and moorland national parks. This land’s serene elegance has never been lost on David, especially as he and his family had relocated to the United Kingdom soon after he was born. In fact, it looks like Devon continues to be his home.

Albeit the deckhand’s heritage appears interesting, he prefers to keep his personal life well away from the spotlight, at least for now. Thus, we don’t have any information regarding his family or early life. As for little hints on social media profiles, David shared his inaugural post on Instagram at the end of April 2021, so we assume that he signed up on the platform merely for ‘Below Deck’ purposes. All we have is the adorable post above, implying his closeness to his loved ones.

With a passion for both surfing and being on the other side of the camera, David Pascoe focused his knowledge on photography and videography in school before serving as a beach lifeguard for quite some time. Following this, he worked as a care specialist at a brain injury rehabilitation unit and then decided to turn his life around. Looking for an adventure, David entered the yachting industry and fell in love. He worked on motorboats up to 55 meters before being offered a spot on the show.

With years of experience in the business, David was hired as a deckhand for superyacht Lady Michelle, which indicates that he became responsible for the heavy lifting and communication between the captain or crew and maritime authorities. From maintaining and refining significant equipment to helping with watchkeeping obligations, David did it all. So at every step of the way, his work ethic and positive attitude shone through.

Since wrapping up the filming for season 6 of ‘Below Deck Mediterranean’ and leaving the shores of Croatia, David has been distributing most of his time between the lands of French Riviera and Devon. While his base is the latter, he is currently working as a Fleet Captain in France at Powerboat & Yacht Ltd. Moreover, despite his relatively recent introduction to social media, David seems to like showing off his sheer talent sometimes.

From pictures capturing him riding the waves in England and Bali to being hard at work on yachts in France, David has revealed all on his Instagram. While the latter is simply captioned, “On the tools,” a couple of the former state, in part, “Boat whips into outer reefs,” and “4am starts have their rewards. Roundhouse cutbacks on the hoverboard never get old 🦅.”

Is David Pascoe Dating Anyone?

As we mentioned above, David Pascoe prefers to keep his personal life away from the spotlight. Therefore, although we can’t be too sure, it appears as if the Englishman is currently single. Not only was he seen vying for Malia White’s affection on the show, but there is a complete lack of romance on his social platforms as well. Dogs seem to be David’s only love right now.

Read More: Courtney Veale From Below Deck Mediterranean: Everything We Know