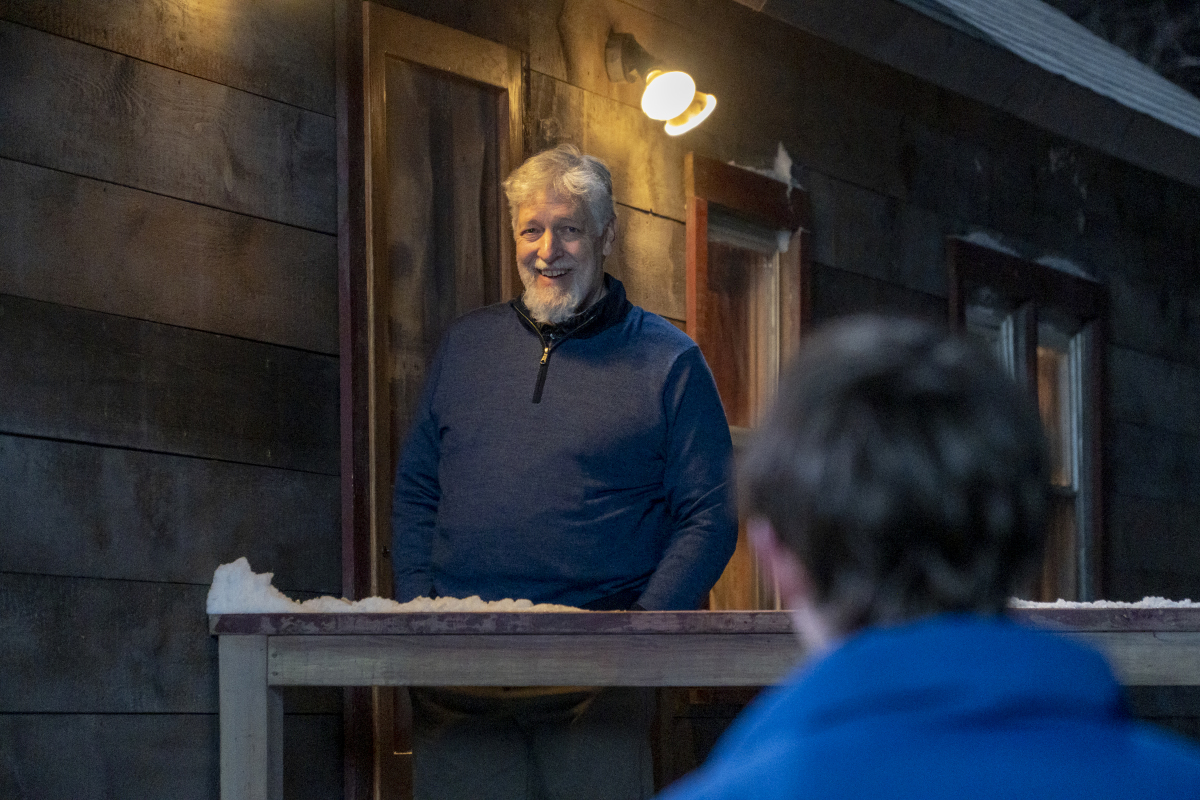 As ‘Dexter: New Blood’ races towards its finale, it sets up a three-way confrontation between Dexter (Michael C. Hall), Angela (Julia Jones), and Kurt (Clancy Brown). In episode 8, titled ‘Unfair Game,’ Dexter finds himself in unfamiliar territory as he tries to evade Kurt’s hired killer in the snowy outskirts of Iron Lake. Elsewhere, Angela comes close to discovering who Dexter is, while Kurt makes the best of Dexter’s absence and seeks revenge against the man he knows killed his son. Here is everything you need to know about the ending of ‘Dexter: New Blood’ episode 8. SPOILERS AHEAD.

Episode 8 begins with Elric Kane, the man Kurt hired to subdue and capture Dexter, driving his unconscious victim toward Kurt’s cabin. Dexter has a horrible dream about Harrison fully embracing his Dark Passenger and killing his wrestling teammates. After regaining consciousness, Dexter manages to escape from his captor. Dexter tries a few tricks to make Elric lose his trail. However, the latter is an experienced hunter. He shoots Dexter in the leg and follows the blood. The desperate protagonist decides to lead his pursuer toward the summer camp. Even at this moment, Dexter’s dark sense of humor doesn’t abandon him. He reflects on how a summer camp will now be a place where a serial killer makes his last stand.

With Elric keeping Dexter preoccupied, Kurt goes after a vulnerable Harrison (Jack Alcott). He knows that there is darkness in the boy. He saw it when Harrison broke his opponent’s arm. Now, he pokes and prods at it, trying to understand its depth. He takes Harrison to the school, which is closed for the holidays. They break in, and Kurt leads the boy to the indoor batting cage. After curveballs repeatedly hit Harrison, his rage begins to boil. Kurt sees it and revels in it.

Angela learns from Logan (Alano Miller) about Dexter’s attack on the drug dealer that supplied fentanyl to the party where Harrison overdosed. This is the first time she is hearing about this. At the time, she was in New York City with Molly and became too busy after Iris’ remains were found. Following her conversation with Molly, Angela has started to realize that Jim Lindsay’s secrets go far beyond his real identity. She tracks down the drug dealer and learns that Dexter tried to inject him with something. She then visits the coroner and discovers the same needle mark on the neck of the drug supplier as the dealer.

Initially, it seems that Kurt is trying to bring out the Dark Passenger within the boy. Throughout the episode, he tries to convince Harrison multiple times that it’s alright to let out the darkness inside him, using himself as an example. It’s seduction, and Harrison falls for it, being drawn to Kurt’s darkness. He feels that there is someone who understands him for the first time in his life. He has come to believe that Dexter had found out about the darkness, and that’s why he left him.

And that’s what Kurt exploits in his interactions with Harrison in this episode — that insecurity and fear of abandonment. He forcefully instills himself as a father figure for the boy and lets Harrison know that he can be his true self around him.

Neither Harrison nor Kurt dies in episode 8. However, it is revealed that the latter was planning to kill Harrison in front of his father. He comes out dressed in his hunting gear with a gun in his hand and tells Harrison to run. Fortunately, Dexter gets there in time and rescues his son, prompting Kurt to run away. Afterward, Dexter starts to speak about his Dark Passenger, finally showing his son that they are not that different and earning a hug from him.

Yes, Elric is dead. Even though he manages to corner Dexter in the summer camp, the latter ambushes him by jumping on him through the mirror. A terrified Elric can only ask about Dexter’s identity. This makes one thing clear. Kurt most likely doesn’t know that Dexter is the Bay Harbor butcher. He thinks that Dexter killed his son because Matt shot the white buck. After learning where Kurt has taken his son, Dexter stabs Elric to death.

Does Angela Know the Truth about Dexter?

By the end of episode 8, she is close to figuring out the connection between the Bay Harbor Butcher and Dexter, having realized that Dexter probably used ketamine to subdue both the drug dealer and the supplier. Angela’s investigative prowess hasn’t been depicted evenly in the revival series. However, in this episode, she is as good as any other detective in the ‘Dexter’ franchise. She makes accurate deductions about what happened to the dealer and the supplier. As the episode ends, she discovers that the use of ketamine connects Dexter to the Bay Harbor Butcher. With Kurt still alive, she is on a collision course with both him and Dexter.