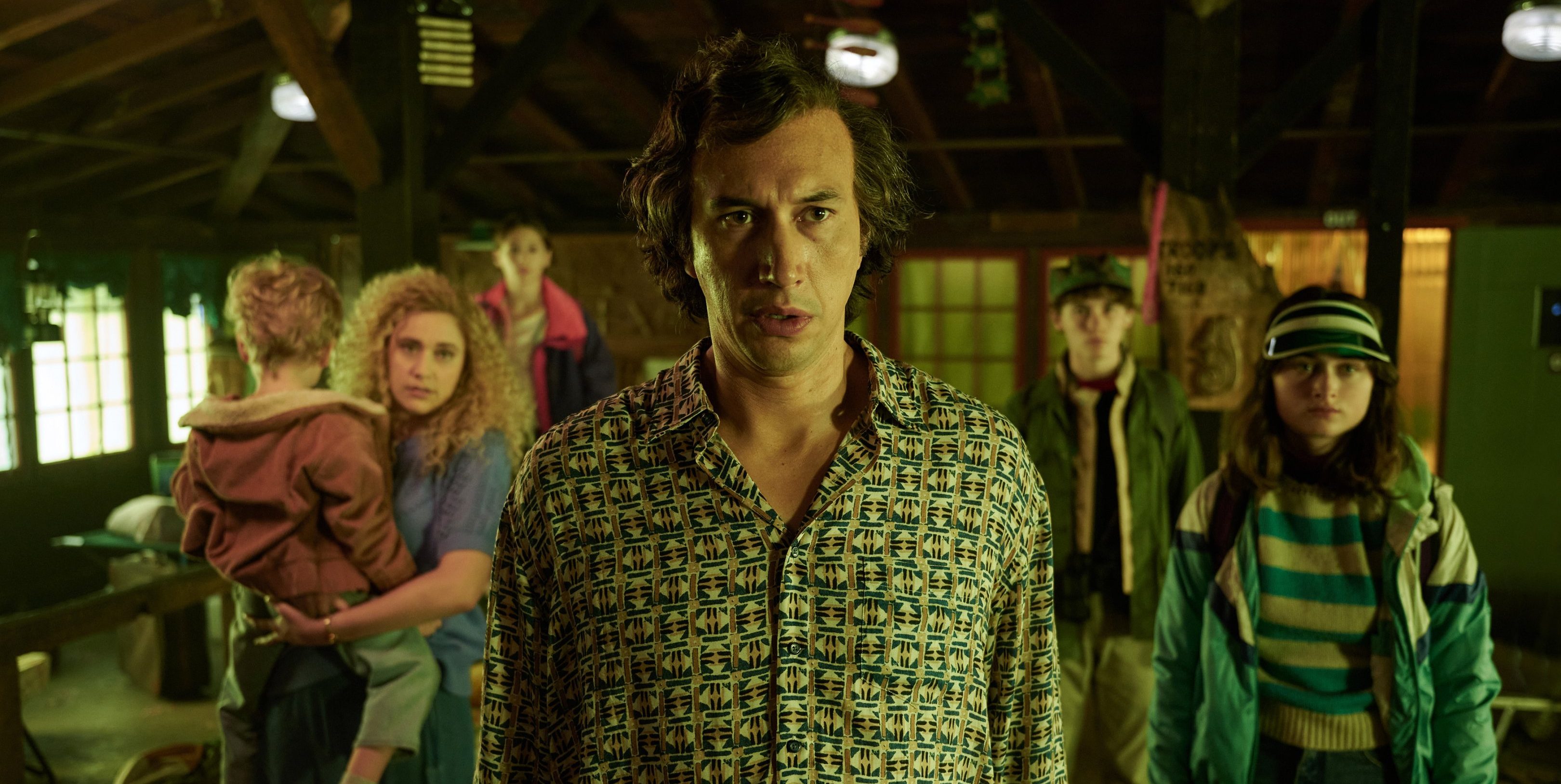 Directed by Noah Baumbach, Netflix’s drama film ‘White Noise’ follows the family of Jack and Babette Gladney, who get evacuated from their town Blacksmith when an astounding “airborne toxic event” threatens the lives of the region. Jack gets exposed to a toxic cloud, formed after a Nyodene D explosion, and starts fearing his potential death. Adam Driver, who was nominated for an Academy Award for his performance in Baumbach’s previous film ‘Marriage Story,’ plays Jack in the film. The actor offers an authentic performance as the middle-aged professor, making us relate to the people around us. Intrigued by Driver’s transformation to become Jack, we have found out whether he had gained weight for the film. Here are our findings! SPOILERS AHEAD.

Yes, Adam Driver did gain weight to play Jack Gladney in ‘White Noise.’ The actor confirmed the same after the film’s premiere at the 2022 Venice Film Festival. “I put on weight and we had a back-up stomach, and then we didn’t need the back-up stomach,” Driver told the press at the event. Although the actor didn’t reveal how much he gained, it is apparent that he might have gained around 20-25 pounds to play Jack. In addition to the increased weight, Driver also wore a wig with a receding hairline to transform himself into the professor.

According to director Noah Baumbach, Driver’s methods to gain weight involved drinking “a lot” of beer. “At least that’s what he told me,” Baumbach told Indie Wire about the same. “I’m always amazed at what Adam can do, but also what I can give him. I would normally say, let’s not do wigs, I don’t want to get involved with all of that. But with this movie, I felt like there was an aspect of performance inherent in the whole thing of it so that the actors should have that as well,” the director added about Driver’s dedication to perfect his performance for the greater good of the film.

Driver’s increased weight is an integral part of his character Jack since the latter is a middle-aged professor whose way of style heavily includes heavy food. Jack isn’t someone who cares much about his shape and appearance. He loves to enjoy fried chicken for dinners and there isn’t any indication in the film that he even exercises. Since Driver is only 39, the actor’s transformation helps him portray the character, who is in his late 40s or early 50s. The actor’s appearance makes Jack an authentic character, which plays a crucial role in making the viewers connect to his plights.

Gaining and losing weight for the perfection of the performances is a significant element of today’s acting methods. Driver has shown his dedication to his characters and craft by losing a whopping 51 pounds for the character Francisco Garupe in Martin Scorsese’s film ‘Silence.’ The actor even had to starve for portraying a hungry priest in the film. “How can you play persecuted 17th-century Jesuit priests, you know, like eating great meals?” Driver said about his transformation for ‘Silence’ in an interview given to W Magazine.

Driver’s weight gain for playing Jack isn’t also the first time the actor increased his weight to play a character. The actor bulked up to play Kylo Ren in ‘Star Wars: The Rise of Skywalker.’ His determination to perfect his body for the role was widely appreciated. “I didn’t have to push Adam to go hard. He had all of that motivation. It was more about slowing him down,” Simon Waterson, who trained Driver at the time, told Men’s Journal about the actor’s commitment.

Read More: What is Dylar in White Noise? Is Dylar a Real Drug?