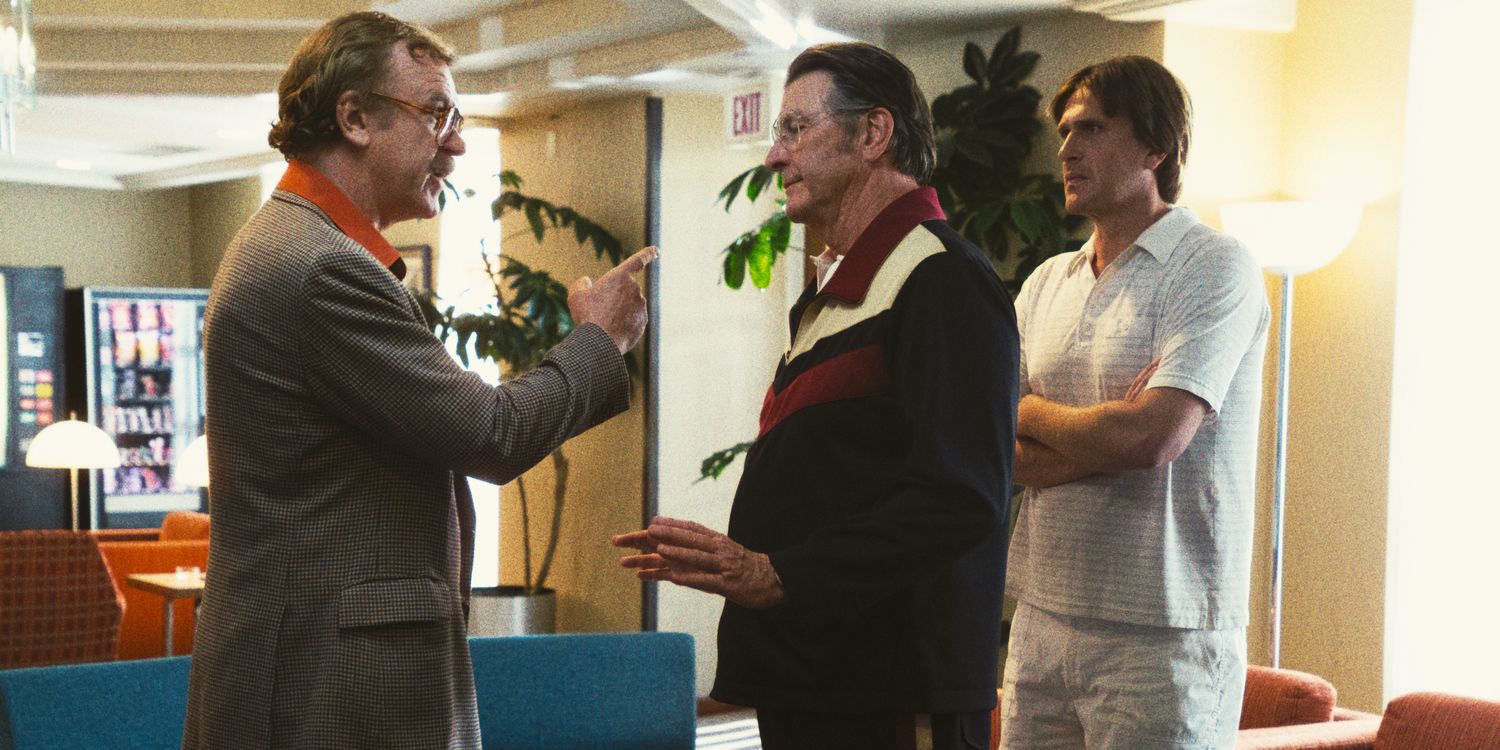 ‘Winning Time: The Rise of the Lakers Dynasty‘ sheds light on the Los Angeles Lakers’ formidable performances and their glamourous life off the court during the 80s. However, the sports drama series also dives deep into the team’s high tension behind-the-scenes environment as owner Jerry Buss and the team management are presented with numerous challenges. After the unfortunate accident of newly hired Head Coach Jack McKinney, Jerry Buss is forced to hand the team’s reigns to Assistant Coach Paul Westhead.

In the seventh episode of ‘Winning Time,’ titled ‘Invisible Man,’ Paul Westhead coaches the LA Lakers as the interim Head Coach in the absence of Jack McKinney, who is still recovering from his injuries. However, the team’s form under Westhead is dipping, and their hopes of making it to the play-offs are swiftly diminishing despite a strong start to the season. A concerned Jerry West discusses the situation with Jerry Buss and the team’s General Manager Bill Sharman. He points out that Westhead is indecisive, and the team does not respect him as a coach. Thus, West proposes replacing Westhead with Elgin Baylor. After the conversation, Buss contemplates firing Westhead.

However, in reality, it does not appear that Buss considered firing Westhead early in his first season as the Head Coach of the LA Lakers. During the 1979-80 NBA season, the Lakers had won 9 out of their 13 matches under McKinney. When Westhead took charge of the team, the Lakers did struggle to replicate their early season form. The team lost 5 out of their first 13 matches with Westhead in charge, which is just one more than under McKinney’s turn. Moreover, in December 1979, when the show depicts Buss contemplating firing Westhead over poor the team’s form, the LA Lakers won 12 out of the 16 matches.

Therefore, it is safe to deduce that there was no real reason for Buss to grow concerned about the team’s performances and consider firing Westhead. In fact, Buss was pleased with Westhead’s work and promoted him to Head Coach in May 1980. The LA Lakers would go on to win the NBA Championship under Westhead’s guidance during the 1979-80 season, laying the foundation for the “Showtime” era.

However, Buss did fire Westhead from his position, but that decision came much later in Westhead’s term as Head Coach. Westhead was fired by Buss In November 1981, early in his third season with the LA Lakers. Buss also revealed that before he fired Westhead, he discussed the situation with Jerry West and Bill Sharman, much like the television series depicts. Therefore, it is likely that the show’s makers used the incident and structured their own version of it to induce drama and tension into the narrative. Ultimately, the show’s depiction of Buss contemplating firing Westhead mere months after naming him interim Head Coach appears to be a construction of fiction.