Did Joe Colombo Ever See The Godfather? Did His Gang Watch the Film Before its Premiere? 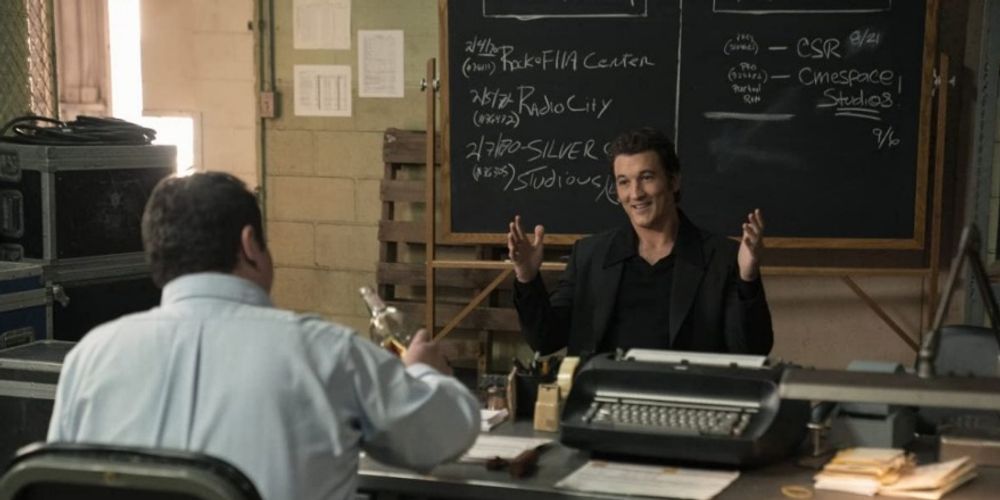 ‘The Offer’ tells the enthralling story behind the making of Francis Ford Coppola’s seminal gangster film ‘The Godfather.’ The series showcases the relationship between producer Al Ruddy and the mafia boss Joe Colombo. In order to ensure the smooth production of the film in New York, Ruddy makes an agreement with Colombo, which proves to be fruitful for the producer.

Ultimately, when the film is ready to be released, Colombo’s tragic fate prevents him from watching it. However, Ruddy arranges a special screening for Colombo’s gang. Naturally, viewers must be wondering about the authenticity of the show’s depiction. If you are wondering whether Colombo ever saw The Godfather’ and if his gang watched the movie before its premiere, here is everything you need to know! SPOILERS AHEAD!

Did Joe Colombo Ever See The Godfather?

Joseph “Joe” Colombo was the leader of the Colombo crime family and the founder of the Italian-American Civil Rights League. During the production of ‘The Godfather,’ Colombo and his gang, like other mafias in New York, opposed the film as it allegedly painted Italian-Americans in a bad light. However, producer Al Ruddy held a meeting with Colombo to assure the mafia boss that the film would not tarnish his community’s image. Colombo agreed to let Ruddy make the movie on the condition that the word “mafia” never be used on the screen, and the proceeds from the film’s premiere would be donated to the Italian-American Civil Rights League.

On June 28, 1971, Colombo was shot three times during the Italian Unity Day rally in Columbus Circle. The incident left Colombo paralyzed. He did not recover from the paralysis and died in 1978. Therefore, it is evident that Colombo could not attend the film’s premiere. Moreover, it remains unknown whether Colombo ever watched ‘The Godfather’ after his health slightly improved. Nonetheless, while discussing the agreement terms with Ruddy, Colombo was given the film’s script to read. However, he reportedly did not read the entire script.

Did Colombo’s Gang Watch The Godfather Before its Premiere?

In the ninth episode of ‘The Offer,’ the gangsters in Colombo’s gang are excited to watch ‘The Godfather’ and attend its premiere. However, despite promising them tickets to the premiere, Ruddy cannot deliver because the mafia’s presence would infuriate Charles Bludhorn, the CEO of Paramount Pictures’ parent company. Instead, Ruddy comes up with a crafty solution and holds a special screening of the film for the mobsters in New York.

The show’s depiction of Ruddy holding a special screening for the gangsters appears to be rooted in a real incident. As Ruddy himself recalled during an interview, a member of Colombo’s gang called him complaining that they weren’t able to purchase tickets to the movie’s premiere. As a result, Ruddy decided to hold a private screening for the gang members. While Ruddy admitted that he snuck out a print of the finished movie from the Paramount Offices, it wasn’t one of the only two prints like the show depicts. Instead, it was a spare print that the studio had no idea about. However, Ruddy did not confirm whether the private screening for Colombo’s gang was held before ‘The Godfather’ premiered.

Read More: Who Is Caesar in The Offer? Is He Based on a Real Person?