Did Paul Westhead Have a Kidney Infection in Real Life? Did Pat Riley Coach Lakers? 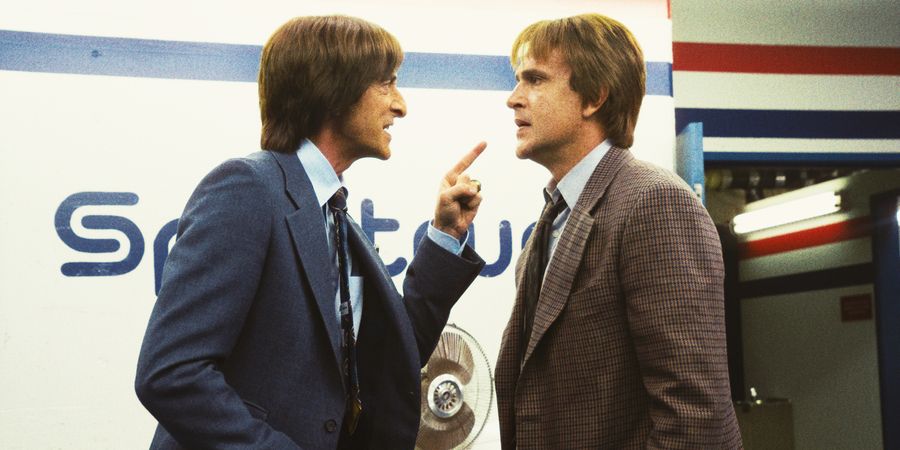 ‘Winning Time: The Rise of the Lakers Dynasty‘ is a dramatic retelling of the Los Angeles Lakers and their journey to becoming an iconic name in basketball. In the eighth episode of the series, tensions arise behind the scenes as Jack McKinney recovers from his injuries and returns to take charge of the team. The situation becomes stressful for interim Head Coach Paul Westhead who learns that his assistant, Pat Riley, will be fired upon McKinney’s full return.

The stress causes Westhead to have a kidney infection, and Riley is forced to coach the team in Westhead’s absence. Since the series mixes fiction with reality, viewers must be curious to determine whether this scenario has semblance with reality. If you are looking for answers about the same, here is everything we have gathered on the matter!

Did Paul Westhead Have a Kidney Infection in Real Life?

In ‘Winning Time’ episode 8, Pat Riley tries to convince Westhead that they deserve the opportunity to coach the Lakers until the end of the season. Riley believes that it is his and Westhead’s hard work that has brought the team this far, and they deserve a shot at the NBA Championship. Right before a crucial game against the Philadelphia 76ers, Westhead admits that he wants a chance to take the team to the NBA Finals. However, following their conversation, Westhead collapses due to a kidney infection and is hospitalized.

Jeff Pearlman’s non-fiction book ‘Showtime,’ which is the primary inspiration for the series, does not mention any such incident. Instead, after covering Westhead’s early days as the head coach, the book jumps forward to describe the 1979-80 NBA Finals. There are reports of Paul Westhead being hospitalized due to kidney stones, though it is unclear if this inspired the incident on the show. Hence, it could be the case the show’s makers added some fiction to heighten the tension in the narrative.

Did Pat Riley Coach the Lakers in Westhead’s Absence?

The series depicts that in Westhead’s absence, Pat Riley was forced to coach the team during the game against the Philadelphia 76ers. He is jokingly referred to as the interim interim head coach by announcer Chick Hearn. Since Westhead did have to get his kidney stones removed surgically, it was not unlikely that Riley coached the Lakers during the game. Nonetheless, Pat Riley did coach the LA Lakers only a few years later. After Jerry Buss fired Paul Westhead at the start of the 1981-82 season, Pat Riley was named the head coach.

Under Riley, the Lakers would find further success and become one of the best teams in the league. Riley led the Lakers to the NBA Championship wins in 1982, 1985, 1987, and 1988. Riley coached the Lakers until the 1989-90 season completing almost a decade with the team in a coaching role. He won more NBA Championships as the head coach and general manager of the Miami Heat, becoming one of the most successful coaches in the NBA.