Did Seth Gilliam Lose Weight For The Walking Dead? 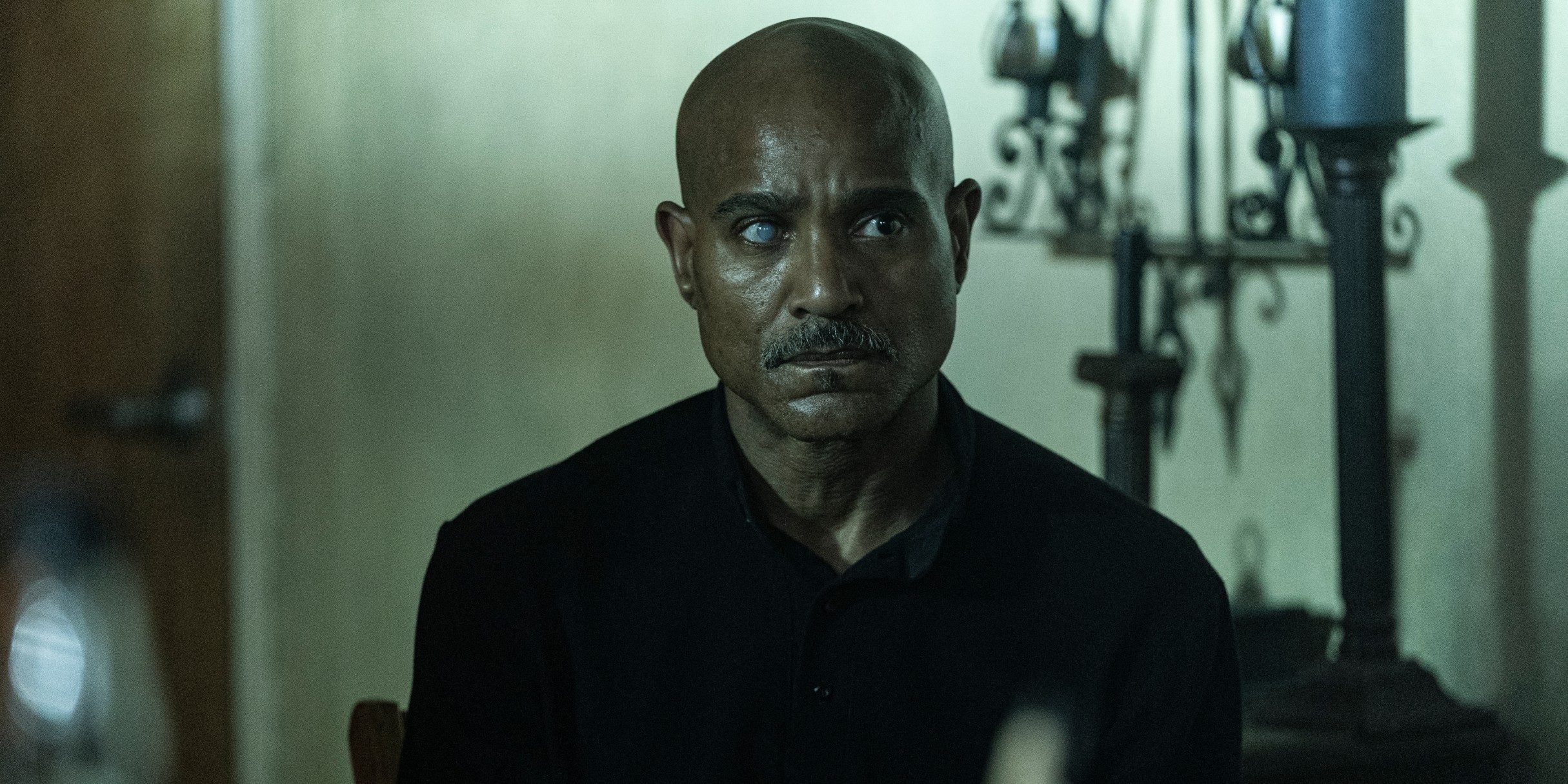 The eleventh season of AMC’s post-apocalyptic series ‘The Walking Dead’ depicts a pivotal phase of Father Gabriel Stokes’ life. Gabriel gets conflicted about his fate, accompanies Maggie to fight the Reapers, and spiritually guides the citizens of the Commonwealth as their new priest. The final season of the show offers several instances for the admirers of the character and Seth Gilliam to celebrate. From the fifth season, Gilliam’s portrayal of Gabriel is a highlight of the show. The eleventh season features Gilliam with a distinctive physical change, making one wonder whether the actor did lose weight for the character. Let’s find out!

Yes, Seth Gilliam did lose weight for ‘The Walking Dead.’ Even though there’s no official confirmation regarding the same, it is apparent that the actor did lose around 15 pounds to portray the priest in the eleventh season of the show. Gilliam’s weight loss does add a certain dimension to the character, especially connected to the physical and emotional struggles Gabriel goes through. From the hard-fought battle against the Reapers to the fight against Toby Carlson, Gabriel deals with severe predicaments in the season and the weight loss succeeds in depicting the exhaustion the character suffers.

In an interview given to EW in March 2021, Gilliam talked about wanting to know about Gabriel’s physique to do justice to the character. “I wanted [to have ideas of] pretty basic generic things like, did he have friends? […] Was he once much heavier and then lost a lot of weight and now it’s important for him to try to maintain some kind of slim physique? Things like that,” Gilliam said. The actor’s weight loss can be associated with his efforts to stay true to Gabriel’s physical transformation and nature. Gilliam’s present physique also seemingly helps the writers to present the physical vulnerability of his character.

@Seth_Gilliam wow brother you really lost some weight since the last time I saw you on @WalkingDead_AMC I hope that's good healthy weight loss and not the sick kind with covid. I can't believe it's going to end soon, I'm sad already. #fathergabriel

Losing weight for the perfection of one’s character is an integral part of an actor’s preparation for films and television shows. From Christian Bale, who reportedly lost 60 pounds for his role in ‘The Machinist,’ to Seth Rogen, who reportedly lost 14 kgs for his character in ‘Pam and Tommy,’ several actors have undergone astounding physical transformations for the sake of their characters. In modern-day films and television shows, weight loss and weight gain are also seen as narrative tools as well.

Gilliam’s transformation for Gabriel can be counted as one of the latest examples of the same. Throughout Gilliam’s impressive career, the actor has worked hard for the perfection of his roles. Gilliam’s portrayal of Clayton Hughes in ‘Oz’ and Ellis Carver in ‘The Wire’ show the dedication and commitment of the actor to offer memorable characters.