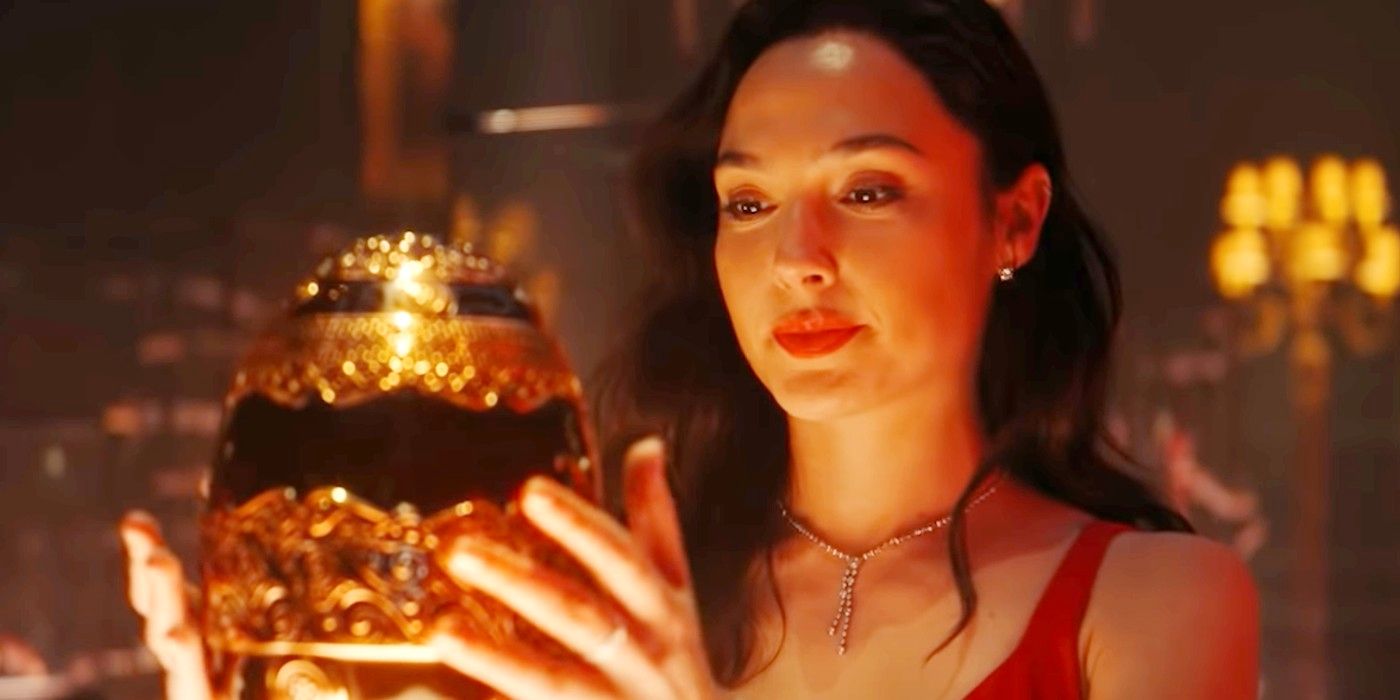 For any treasure hunt film to succeed, it must have a historical backstory that can instantaneously draw the audience’s attention. From the ‘Indiana Jones’ films to ‘Romancing the Stone’ to ‘National Treasure‘ — this has been true with almost all successful treasure hunt movies. And ‘Red Notice,’ which belongs to both treasure hunt and heist genres, is no exception. In the prologue, the narrator offers a brief explanation of what the three main protagonists will pursue: Cleopatra’s bejeweled eggs. But what are these eggs and are they even real? Let’s find out.

Here’s how ‘Red Notice’ sets up the story of Queen Cleopatra’s bejeweled eggs. According to the film, Roman general Mark Antony gave the Egyptian Queen Cleopatra on their wedding day as a sign of his undying devotion. After the deaths of Antony and Cleopatra, the eggs were lost for centuries. But in 1907, a farmer unearthed two of those eggs right outside Cairo. Conveniently, the film claims that the third egg has supposedly remained missing and is now considered “the most sought-after prize and unsolved puzzle.” With such an intriguing setup, the film tries to draw the audience right into its story. But the question remains: did these so-called Cleopatra’s bejeweled eggs ever exist?

Disappointingly, the answer is no! While both Antony and Cleopatra are indeed real historical figures and their romance did really come to a tragic end when both of them decided to take their lives rather than face a world without each other, there is no mention of three eggs in any historical manuscript. There is no reference to the eggs in any of the contemporary history books either.

Good fiction always has elements of truth in it, which, ideally, creates a sense of curiosity and doubt in the minds of the reader or the audience. Perhaps, this is where one of writer-director Rawson Marshall Thurber’s biggest achievements lies with ‘Red Notice.’ The world he has created is so convincing that we feel compelled to find out whether the eggs really exist or not.

What’s the True Story Behind the Eggs?

The truth is that the eggs are creations of Thurber’s imagination. Interestingly, the story is so believable that Thurber reportedly had to clarify that the eggs weren’t real during pitch meetings for the movie.

“One of the funniest things about the pitch as we took it around town is he (Thurber) had come up with the whole setup that you hear at the top of the movie, and during the pitch, he has an amazing setup where he does this fascinating little trip through history,” Producer Hiram Garcia said in an interview. “He’s telling you about the time and Cleopatra to really set up the Macguffin of the movie. At the end of the pitch the same thing always came up which was, ‘I had no idea about the whole Cleopatra thing,’ and with great comedic timing he always said, ‘Oh I just made all that up.’ It has such a well-conceived backstory that you wish they were real, but no they were totally made up. It’s a very fun idea he had come up with.”

So, unfortunately, as much as we want the eggs to be real, they aren’t. However, bejeweled eggs are not as uncommon in history as one might think. Many were given as gifts for the Easter celebration. The most prominent ones among them are the legendary Fabergé eggs, which were created at the jewelry firm House of Fabergé under the watchful eye of Peter Carl Fabergé for the Russian royalty between 1885 and 1917.