Do Doron and Gabi Die in Fauda? [Spoiler]

Netflix’s ‘Fauda’ is an Israeli military action thriller series that revolves around the Israeli-Palestine conflict. While the story is ultimately told through an Israeli perspective, it is remarkably layered, underscoring that there is often no clear-cut good and evil in a war. In season 4, Doron Kavillio (Lior Raz) and his unnamed special forces unit take on Hezbollah and their agents in the Jenin Refugee Camp. After Hezbollah abducts Doron’s boss Gabi or Captain Ayub (Itzik Cohen), from right under Doron’s nose, a fierce struggle ensues between the Lebanon-based organization and the Israeli government that encompasses both countries as well as Palestine and Belgium. If you are wondering whether Doron and Gabi survive at the end of it, we got you covered. SPOILERS AHEAD.

No, Doron doesn’t die in the fourth season of ‘Fauda.’ At the start of the season, Doron is broken because of Yaara’s death at the end of season 3 and lives alone on his farm. Dabi recruits him to serve as his security as he goes to Brussels to meet with his seemingly panicking asset in Hezbollah, Omar. After Omar betrays Dabi and abducts him, Doron and his team begin searching the city for their boss with the help of local law enforcement. They trace Dabi and his captors to a massive apartment complex and try to fight their way to their man. However, when they get to the room where Dabi was kept, they discover a large amount of his blood, prompting the Israeli authorities to deduce that Dabi is dead. 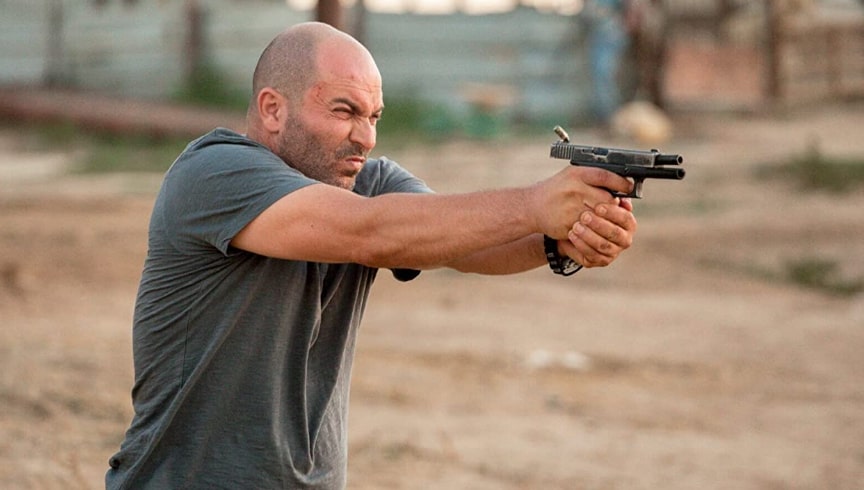 Doron refuses to believe this, and when Raphael, the deputy director of Mossad, approaches him with a dangerous mission in Lebanon, Doron readily accepts. He smuggles Omar’s sister Maya into Lebanon under the pretext that her brother needs her help to escape Hezbollah. When Doron finally catches up to Omar, he learns that Dabi is alive. After his team rescues Dabi, they shift their focus to Omar’s cousin in Jenin, Adel.

In the climactic fight of the season, Doron kills Adel but is injured in the process. As the season ends, he lies on the ground with his injured colleagues, with Russo urging him not to die. Doron is perhaps the only character in the show with anything resembling plot armor. The other characters, including members of his unit, are never safe, as it has been proven time and again in ‘Fauda.’ So, it’s safe to assume he will survive and appear in the next chapter of ‘Fauda,’ in whatever format that might be.

No, Gabi doesn’t die in ‘Fauda’ season 4. After his abduction, Omar and his associates torture him for information. Although Dabi initially resists the efforts but ultimately reveals everything he knows. Based on the information he has given, Adel arranges hits on several high-ranking Israeli officials. Doron and Dana are the only ones to survive the attempts on their lives. While the rest of the world believes he is dead, Dabi is transported to Lebanon. Eventually, Hezbollah decides to hand him over to the Iranians. When the Israelis learn about this, they realize that they have to either free or kill him before that. What Dabi has endured until now is nothing compared to what awaits him in Iran.

Doron and his team successfully retrieve Dabi from Hezbollah’s clutches with Omar’s help. However, before they get on a helicopter bound for home, Dabi grabs Doron’s gun and fatally shoots Omar for everything he has put him through. After returning to Israel, Dabi struggles with severe PTSD, prompting Doron to take his friend to his farm. There, Dabi slowly heals with the help of his son Itamar and Doron’s former wife Dali while struggling with the guilt of revealing sensitive information to Israel’s enemies.

Dabi knows that Adel has access to the information extracted from him and can cause insurmountable damage. He visits the Shin Bet office and advises Dana to use Omar’s funeral to lure out Adel by disguising special forces operators as Hamas members. The plan works, and the threat that Adel posed is neutralized.