Do Mabel and Alice End up Together in Only Murders in the Building? 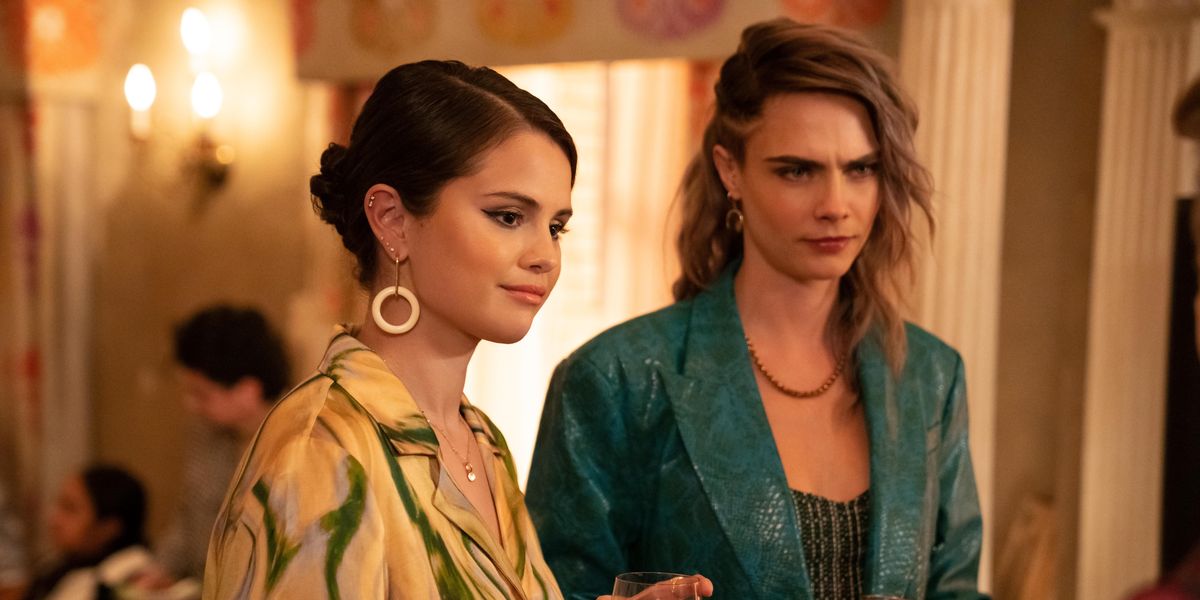 ‘Only Murders in the Building‘ season 2 follows Charles, Mabel, and Oliver as they find themselves embroiled in another murder mystery. The trio is implicated in the murder of Bunny Folger and must find the real killer to clear their names. However, while working on the case, Mabel’s romantic life takes a new turn with the introduction of the mysterious artist Alice. Naturally, with the dust settling and the case of Bunny’s murder meeting closure, viewers must be wondering whether Mabel and Alice end up together. In that case, here is everything you need to know about Mabel and Alice’s relationship in ‘Only Murders in the Building’ season 2! SPOILERS AHEAD!

What Happens Between Mabel and Alice?

Alice banks (Cara Delevingne) is introduced in the second season premiere of ‘Only Murders in the Building.’ She is an artist who works at an art gallery in the city. Alice contacts Mabel after the latter is framed for Bunny’s murder. The girls bond over their affection for art, and sparks fly between them. Soon, Mabel and Alice start dating and learn more about each other’s lives. Mabel defends Alice after Oliver accuses her of hiding a secret and lying about her past.

However, Mabel ends their relationship after Mabel realizes that Alice is using her trauma to craft art pieces for her gallery. Nonetheless, Alice apologizes to Mabel and asks for a second chance. However, Mabel turns her down as she cannot trust Alice. In the season 2 finale, the couple’s relationship takes another turn in the aftermath of Bunny’s killer getting caught. As a result, the door opens to a romantic reunion between Mabel and Alice.

Do Mabel and Alice End up Together?

Mabel and Alice’s romance starts slowly but ends after some tumultuous moments. Mabel is reserved, and Alice’s attempts to learn more about her past hint that the two are not ideal for each other. Moreover, Alice uses Mabel’s past and trauma to create art. On the other hand, she is hiding her own past, making Alice a sketchy character. Nonetheless, the chemistry between Alice and Mabel is undeniable, and the two can find a way to make their relationship work.

In the season 2 finale, titled ‘I Know Who Did It,’ Mabel accuses Alice of being Bunny’s killer. Alice tries to flee the scene and ends up stabbing Charles. However, all of that is revealed to be a part of the trio’s plan to unmask Poppy, aka Becky Butler’s true face, and record her confession about killing Bunny. Moreover, Alice was in on the plan all along, and Mabel uses Alice’s brief interaction with Bunny as clever misdirection. After the case is closed, Charles, Mabel, and Oliver’s innocence is proven, and they each decide to move forward in life.

Ultimately, Mabel decides to clean the murals of The Arconia resident from her apartment. She reconciles with Alice, who helps Mabel renovate her apartment. Hence, it is hinted that Mabel and Alice end up together. However, in the episode’s final moments, the scene skips to a year later. During the opening night performance of Oliver’s play, Mabel is seen with Oliver and Lucy. However, Alice is nowhere to be seen. Hence, it is likely that things did not work out between Mabel and Alice.

Read More: Who Is Ben Glenroy? Will Paul Rudd be in Only Murders in the Building Season 3?