Only Murders in the Building Season 2 Episode 5 Recap and Ending, Explained 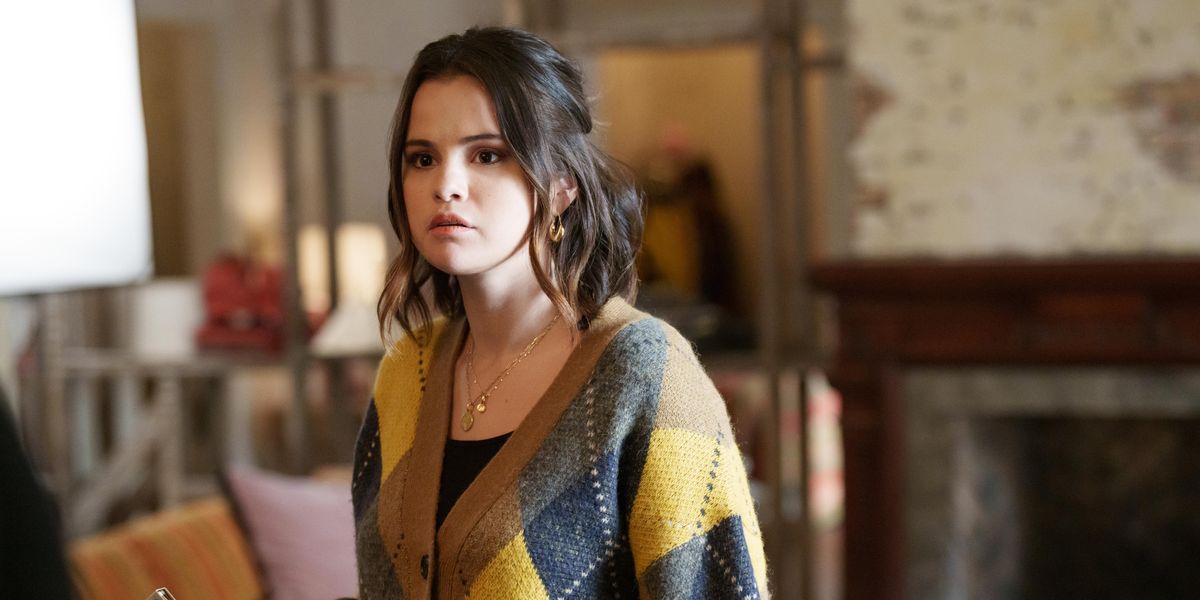 ‘Only Murders in the Building‘ season 2 pits Charles, Oliver, and Mabel against a tough challenge as clues are hard to come by in their investigation of Bunny Folger’s death. In the fifth episode of the season, titled ‘The Tell,’ the trio pursues a lead and circles on a problematic suspect. Mabel’s romantic life gets caught up in the investigation, and Oliver learns a devastating truth about his past.

Meanwhile, Charles rekindles an old flame in search of answers but finds himself falling into old patterns. If you are trying to make sense of the episode’s twisty and intermingled events, here is everything you need to know about the ending of ‘Only Murders in the Building’ season 2! SPOILERS AHEAD!

Only Murders in the Building Season 2 Episode 5 Recap

The fifth episode, titled ‘The Tell,’ opens with a flashback to the 70s with a Young Oliver playing a game of “Son of Sam” at parties. The game helps Oliver develop a penchant for uncovering whether anyone is hiding something. Another flashback set during the childhood of Oliver’s son, Will, highlights how Oliver hones his skills of finding people’s “tell” over the years. In the present, Charles meets Jan Bellows and asks for her help finding Bunny’s murderer. Jan theorizes that given that the killer staged the crime scene to implicate Charles, Mabel, and Oliver, they must be a storyteller or an artist of some kind. Jan asks Charles to find out if any artist has made their way into the trio’s life after the murder.

Meanwhile, Mabel searches the secret passageway for clues and finds a matchbox from the Pickle Diner. Alice reveals that her apartment is flooded, and she needs a place to host a party. Mabel agrees to host the party at her home. Mabel shows Charles and Oliver the matchbox from the passageway. She also tells the duo about Alice’s party at her apartment. As a result, Charles and Oliver start suspecting Alice of being Bunny’s killer. Later, Oliver notices Ivan leaving an envelope of money at Bunny’s doorstep. He questions the server about his connection to Bunny. Ivan denies involvement in the murder and shows Oliver CCTV footage from the day before Bunny’s death.

The footage reveals that Bunny met a mysterious figure at the diner. The visitor upset Bunny, and she stormed out of the restaurant. However, the footage is too grainy for Oliver to deduce any clues about the person’s identity. Nonetheless, Oliver notices the figure picking up a matchbox identical to the one Mabel found in the passageway. During the party, Oliver starts a game of Son of Sam to coerce the truth about Alice’s intentions behind getting close to Mabel. However, Oliver’s plan backfires after his attack on Alice only reveals her impoverished upbringing being the reason for her lies.

Only Murders in the Building Season 2 Episode 5 Ending: What Is Oliver’s Secret?

After Alice’s past is exposed by Oliver, she and Mabel grow closer, and their relationship progresses. Meanwhile, Charles reunites with Jan and begins to find comfort in her presence despite their history. However, a major reveal comes in the episode’s final moments that tie the episode’s opening flashbacks together and reveal a secret about Oliver’s past. In the opening minutes, viewers see Will working on his son’s school project, which requires the students to learn about their ancestry.

At the episode’s end, Will returns with the results of the ancestry test. Will reveals that his ethnicity tracks down on his mother’s side correctly. However, on his father’s side, the test reveals that Will is Greek. Therefore, he asks Oliver whether he is sure that he comes from an Irish background. Oliver insists that he is Irish, making the case of Will’s parentage perplexing. The revelation takes Oliver back to the night of a party viewers see at the episode’s start in a flashback. At the party, Oliver correctly figures out that Teddy Dimas is the killer in a game of Son of Sam.

In a continuation of the flashback, Oliver jokingly remarks about whether Teddy is hiding another secret. The scene closes out with an awkward moment as Oliver sits between Teddy and his wife, Roberta. The scene implies that Teddy and Roberta had an affair behind Oliver’s back. As a result, Will might be Teddy’s son, thus explaining his Greek ancestry. Oliver is himself in the dark about this revelation, and the episode concludes without addressing the truth about the situation. While Will might be Teddy’s son, it is also likely that Teddy forged the ancestry test as a part of his plan to destroy Oliver’s life.

Read More: Only Murders in the Building Season 2 Episode 4 Recap and Ending, Explained