Only Murders in the Building Season 2 Episode 3 Recap and Ending, Explained 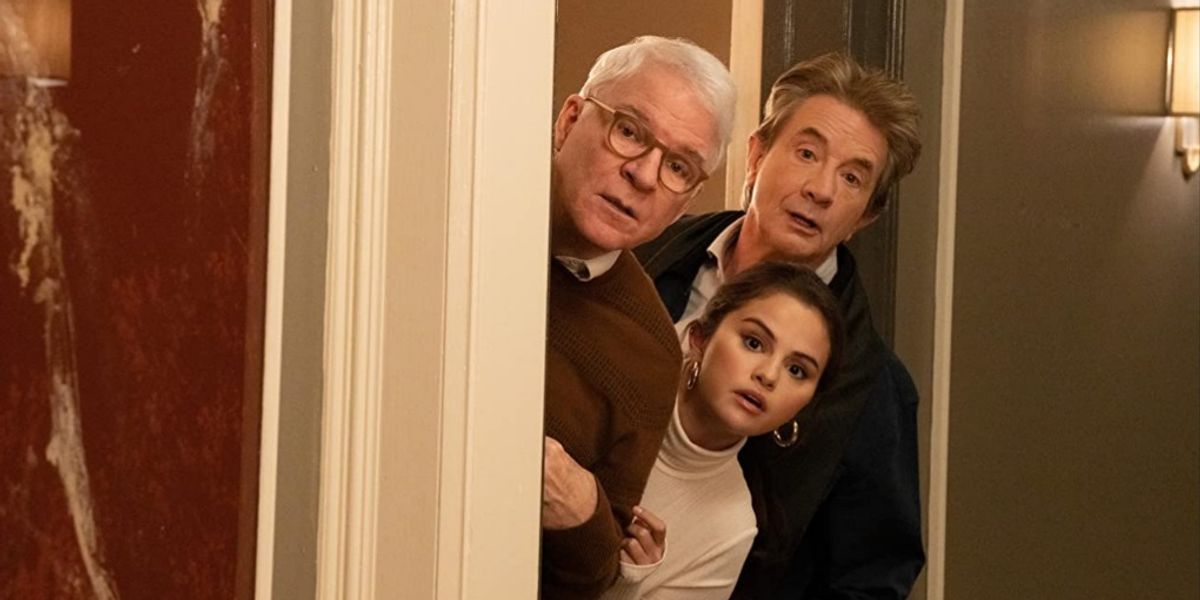 ‘Only Murders in the Building‘ season 2 tells the story of Bunny Folger’s mysterious death. In the third episode, titled ‘The Last Day of Bunny Folger,’ Charles, Oliver, and Mabel are deep into the murder investigation and search for more clues and potential suspects. They try to recreate Bunny’s last day as building board president, which inadvertently became the day of Bunny’s death.

Ultimately, the trio struggles to make sense of the events leading up to Bunny’s death as their hunt for the killer continues. If you are looking to catch up on the episode’s events or seeking an explanation about its ending, here is everything you need to know about ‘Only Murders in the Building’ season 2 episode 3! SPOILERS AHEAD!

Only Murders in the Building Season 2 Episode 3 Recap

Episode 3, titled ‘The Last Day of Bunny Folger,’ opens with Charles, Mabel, and Oliver failing to learn anything of consequence from Mrs. Gambolini, Bunny’s pet bird. Oliver points out that Bunny received threat letters over the Rose Copper painting in her apartment. With no other clues, the trio decides to retrace Bunny’s steps and recreate her last day in the Arconia. A series of flashbacks detail Bunny’s last day as the building board president. She starts her day in a typical fashion taking care of the building’s business.

In the afternoon, Bunny runs into Oliver, Charles, and Mabel in the building yard, where they celebrate cracking Tim Kono’s death with their podcast fan. Bunny and the to-be building board president, Nina Lynn, reprimand the trio for their activities. Later, Nina and Bunny discuss the latter’s retirement. Bunny reveals that she plans to move to Florida. Before Lunch, Bunny meets her friend, Uma Heller, and tells her plan to move to Florida. However, Uma is not particularly excited for Bunny.

Bunny has lunch at The Pickle diner and is served by her regular waiter, Ivan. After telling Ivan about her retirement, Bunny gifts him an envelope of money to fulfill his dream of becoming a DJ. At the diner, Bunny runs into Oliver, who is preparing for a party to celebrate solving Tim Kono’s death. While returning to her apartment, Bunny runs into Oliver and Mabel in the elevator. When the elevator malfunctions, Bunny promptly fixes it, impressing Charles and Mabel. Mabel’s remark forces Bunny to reconsider her decision to retire.

At her apartment, the building board throws Bunny a retirement party. However, when Bunny announces that she doesn’t want to retire, it leads to an ugly verbal spat between Bunny and Nina. Bunny congratulates the trio for solving Tim Kono’s murder and saving the Arconia. However, Bunny has an emotional breakdown after the trio fails to invite her to hang out with them. In the end, Bunny is killed by a mysterious killer leaving a trail of unexplained events.

Only Murders in the Building Season 2 Episode 3 Ending: Who Met Bunny? Why Was She Killed?

Most of the third episode unfolds in a series of flashbacks that detail Bunny’s last day as a building manager. However, unbeknownst to anyone, the day proves to be Bunny’s last day alive. In the episode’s final act, Bunny extends an olive branch to Charles, Oliver, and Mabel. She congratulates them and wishes to become a part of their celebration. However, the situation quickly becomes awkward, and Bunny returns to her apartment. In the episode’s final moments, a mysterious person knocks on Bunny’s door.

Believing that the trio is at her doorstep to apologize, Bunny opens the door. However, a black-gloved hand snatches Bunny and pulls her into the corridor. We see a shadow reflection of the person stabbing Bunny countless times before fleeing. The scene then shifts to Mabel returning to her apartment to pick up some champagne only to find Bunny there. The scene continues in a sequence viewers see in the first season finale of the series, where Bunny dies in Mabel’s arms, thereby setting up the show’s second season.

The episode depicts the killer stabbing Bunny, and we get a first glimpse of the culprit. However, the episode does not reveal the killer’s identity. While the recreation of Bunny’s last day doesn’t provide any actual clues to the trio, they do learn certain important events that could have re-shaped the Arconia’s future. A voice-over in the episode’s final moments suggests that Bunny’s death is connected to the vast secrets that the apartment complex holds. Therefore, it is evident that Bunny’s murder is connected to one or more of these secrets.

Read More: Only Murders in the Building Season 2 Episode 1 and 2 Recap and Ending, Explained