What Did Bunny Tell Mabel Before Dying in Only Murders in the Building? Theories 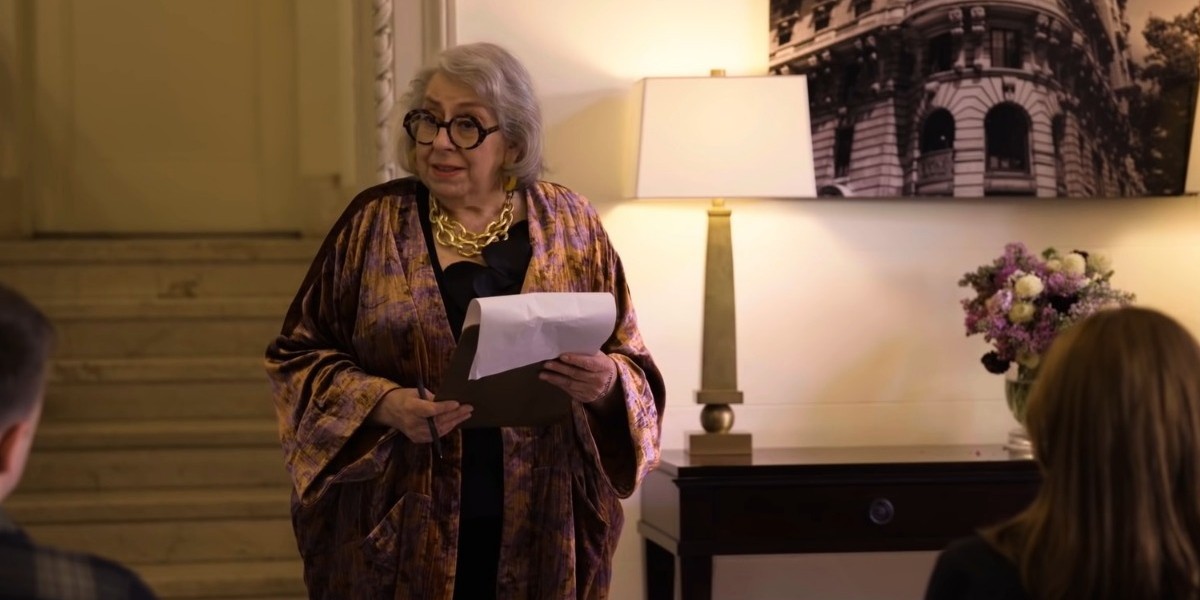 ‘Only Murders in the Building‘ returns with another compelling murder mystery for Charles, Oliver, and Mabel to solve using their amateur sleuthing and podcasting skills. In the second season, the trio is seemingly framed for the murder of Bunny, a resident of the New York City apartment complex known as the Arconia.

While Bunny’s death raises several questions, the only pieces of clue that the trio seems to have at first are her last words which she speaks to Mabel. If you are wondering what Bunny told Mabel right before her death, here lies the answer! SPOILERS AHEAD!

What Did Bunny Tell Mabel Before Dying?

In the first season finale of ‘Only Murders in the Building,’ Bunny mysteriously appears in Mabel’s apartment during the episode’s final moments. Bunny, the president of the building board and the building manager, is a generally disliked figure among the Arconia residents. Moreover, she holds a disdain for Charles, Mabel, and Oliver due to the shenanigans they cause while investigating the murders in the building. Therefore, her presence in Mabel’s apartment is surprising.

Moreover, Bunny is stabbed several times with a knitting knife as she falls onto Mabel and then on her apartment floor, creating a pool of blood. Bunny succumbs to her wounds and dies while Mabel is arrested for Bunny’s murder. In the second season premiere, the police are forced to free Mabel as they do not have the murder weapon or any other evidence against the young artist. However, Mabel cannot get her final moments with Bunny out of her head, and we see Bunny speaking incoherently to Mabel right before her death. As Mabel recollects, one of those words is “Fourteen.” In the second episode, Mabel reveals that before dying, Bunny also said the word “Savage.”

Thus, Bunny’s final words are fourteen and savage. On the surface, the words seem a bit random and unrelated to Bunny’s death. However, both words are potential clues for Charles, Mabel, and Oliver to get to Bunny’s killer. The word fourteen could be a reference to the apartment number of the culprit. The word savage, as Mabel points out in the second episode, refers to Charles’ father, Mr. Savage. Charles’ father is the subject of a valuable painting owned by Bunny, which seems to be tied to the history of the Arconia.

Charles’ apartment number is 14C, and his father, Mr. Savage, was involved in an affair with Bunny’s mother, Leonora. Therefore, it is likely that Bunny wasn’t pointing to the killer in her final moments. Instead, she was warning the trio about a grave conspiracy within the Arconia. The missing painting featuring Mr. Savage mysteriously shows up in Charles’ apartment in the second episode. Therefore, it is evident that someone is trying to frame Charles, Mabel, and Oliver for Bunny’s death.

Meanwhile, a greater conspiracy within the Arconia is connected to Charles’ father and Bunny’s death. Flashbacks show that Mr. Savage was arrested under mysterious circumstances when Charles was still a child. Therefore, the mystery around his arrest could be key in solving Bunny’s murder. Nonetheless, Bunny’s final words seem more like a warning than clues for the trio.

Read More: Is Only Murders in the Building’s Brazzos a Real Show? Why Is It Being Rebooted?