Only Murders in the Building Season 2 Episode 4 Recap and Ending, Explained 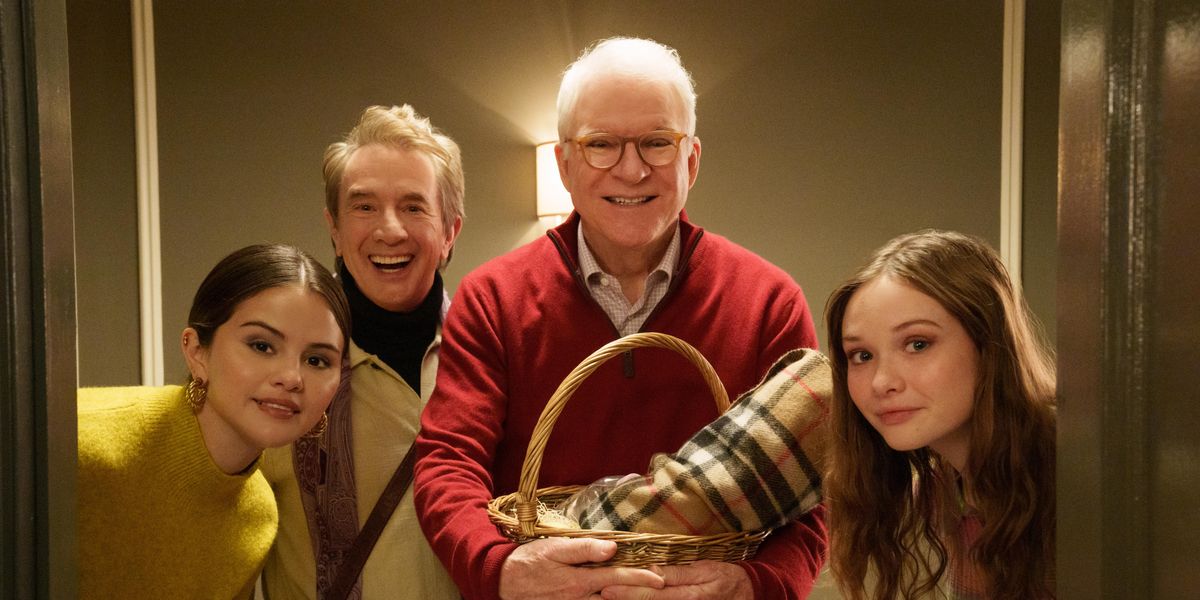 ‘Only Murders in the Building‘ season 2 expands from being the mystery of Bunny Folger’s death and grows to encapsulate the secrets of the Arconia and the personal battles of Charles, Mabel, and Mora. In the fourth episode, titled ‘Here’s Looking at You,’ Charles reunites with a loved one from his past. Meanwhile, Oliver comes face-to-face with a former nemesis.

Simultaneously, the trio learns a secret about the Arconia that could help their investigation of Bunny’s death. With so many developments, we are sure viewers must be looking for answers about the episode’s events. In that case, here is everything you need to know about the ending of ‘Only Murders in the Building’ season 2 episode 4! SPOILERS AHEAD!

Only Murders in the Building Season 2 Episode 4 Recap

Episode 4, titled ‘Here’s Looking at You,’ opens with viewers meeting Lucy, the daughter of Charles’ ex-girlfriend, Emma. Charles returns to filming a television show. On his first day on the sets of the ‘Brazzos’ reboot, Charles is informed that his character is being marginalized due to his involvement in Bunny Folger’s death. Charles is surprised to see Lucy in his vanity van, and the two share a tender reunion. Later, Charles brings Lucy to his apartment, where she meets Oliver and Mabel. At the same time, Lucy discovers a knife likely used to kill Bunny.

Meanwhile, Oliver runs into Teddy Dimas, and the two reconnect. Teddy reveals that he and Theo are out on probation and waiting for their trial. While the conversation is pleasant at first, Teddy threatens to destroy Oliver’s life. At Charles’ apartment, Lucy discovers a hidden lair that connects the apartments in the Arconia. Charles, Mabel, and Lucy use the lair to spy on Nina. On the other hand, Oliver spies on Teddy to learn his enemy’s plans. However, Oliver witnesses a heartbreaking conversation between Teddy and Theo.

Elsewhere, Charles, Mabel, and Lucy discover that Nina wants to commercialize the Arconia. They suspect that Bunny would’ve never agreed with Nina’s plan. Therefore, Nina likely killed Bunny to gain control of the building board and execute her plan. However, to prove Nina’s guilt, they must record a confession from the new building board president. The group visits Nina’s apartment to coax out a confession, and her water breaks. As a result, the group is forced to help Nina cope with the situation but learn that Nina loved Bunny and couldn’t have killed her mentor. In the end, the true-crime podcasters set out to search for a different suspect. Oliver gets rid of the knife while Charles deals with Lucy’s feelings.

Only Murders in the Building Season 2 Episode 4 Ending: Who Is Calling Charles?

In the episode’s final moments, Lucy reveals that she tried meeting Charles the day he was arrested for Bunny’s murder. However, she does not tell Charles that she was in the Arconia and hid inside the lair. Moreover, Lucy almost crossed paths with Bunny’s killer, who escaped using the lair. Lucy and Charles share a heartwarming moment after Lucy reveals that she has been having fights with her mother and sees Charles as a father figure.

While Charles cares for Lucy, he convinces her to return home. In turn, Lucy convinces Charles to stop ignoring the signs and be careful about the dangerous game unfolding in the Arconia. Charles and Lucy go their separate ways for now, but Lucy’s brief visit sends the investigation of Bunny’s death in a new direction. Charles becomes convinced that evidence related to Bunny’s murder showing up in his apartment is not a coincidence. Moreover, he suspects that he might already know who is behind the inexplicable events.

Since the start of the second season, Charles has been receiving calls from an unknown number. Charles avoids these calls and never returns them. However, on Lucy’s advice, he answers the unknown number. The scene then shifts to a prison where Charles awaits to meet a prisoner. Charles sits at the prison telephone booth speaking with a mysterious figure on the other end. Charles believes that the person knows the answers to the constant invasions in his apartment.

The camera pans out to reveal that Charles is speaking to none other than Jan Bellows. The episode’s ending hints that Jan is behind pieces of evidence showing up in Charles’ apartment. Since Charles and his friends proved Jan’s involvement in Tim Kono’s murder, she likely wants revenge on them. However, it remains to be seen how Jan is connected to Bunny’s death and knows about the missing evidence. Moreover, it will be interesting to see how she is pulling the strings from behind bars.

Read More: Only Murders in the Building Season 2 Episode 3 Recap and Ending, Explained