Do Sole and Massimo End Up Together in Jumping From High Places? 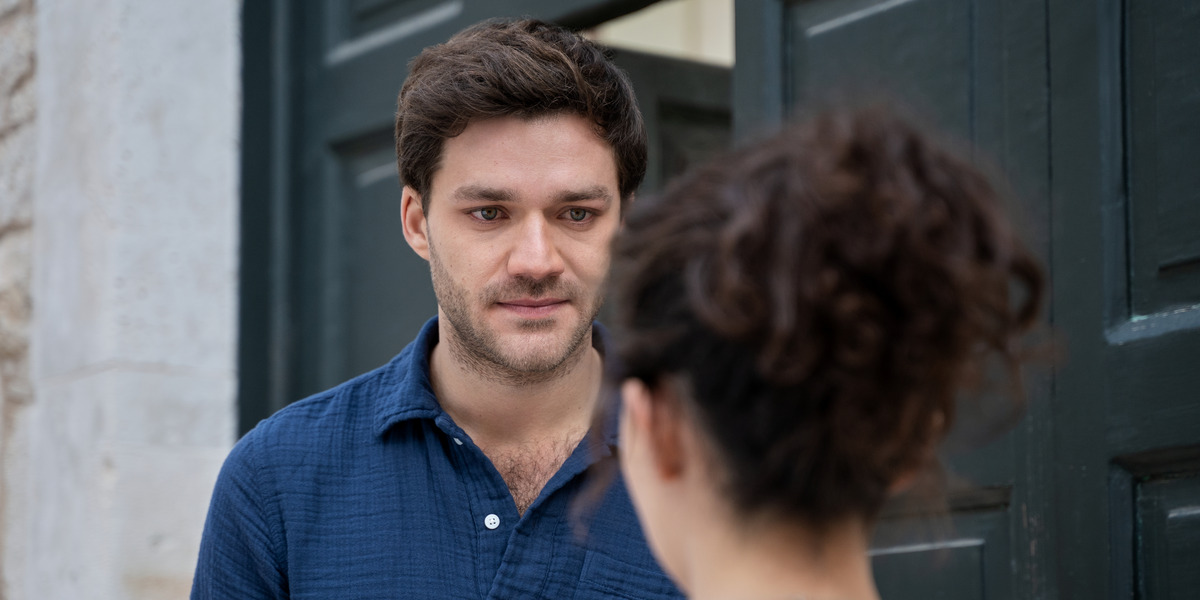 Netflix’s Italian rom-com ‘Jumping From High Places’ is based on author Chiara Parenti’s Italian fiction novel ‘Per Lanciarsi Dalle Stelle’ (loosely translated to ‘To Launch From the Stars’). Directed by Andrea Jublin, the film tells the story of Sole Santoro, a young woman with severe anxiety issues. However, after the death of her best friend, Emma, Sole decides to conquer her fears and sets out to complete a list of tasks that scare her.

In the process, Sole also makes progress in her romantic life. An old crush in the form of Massimo returns to Sole’s life as she pins for his affection. Therefore, viewers must be wondering if Sole and Massimo end up together. If you wish to find out about the romantic future of Sole and Massimo in ‘Jumping From High Places,’ here is everything you need to know! SPOILERS AHEAD!

What Happens Between Sole and Massimo?

In ‘Jumping From High Places,’ Sole and Massimo have known each since they were children. Both grow up in the same town, and Massimo is the brother of Sole’s best friend, Emma. However, in the years after school, Massimo moves to Milan and becomes a successful architect. On the other hand, Sole remains in Apulia, her hometown, because of her fear and inability to move out of her comfort zone. Emma also moves away and dies in a tragic car accident. After Emma’s death, Sole’s interaction with Massimo reduces.

Sole reveals that she has had a crush on Massimo since childhood. Massimo returns to Apulia to give Sole a letter from Emma. While Sole still has romantic feelings for Massimo, she is enraged that Massimo kept the letter from her for nearly two years. As a result, Sole and Massimo’s relationship sours. However, as Sole starts moving out of her comfort zone, she starts mending her relationship with Massimo.

Do Sole and Massimo End Up Together?

Sole and Massimo’s relationship starts to normalize with time as Sole forgives him for hiding the letter. Moreover, Sole also helps Massimo mend his relationship with Xavier, Emma’s husband. As Sole becomes more confident and outgoing, her personality slowly starts to change. She is no longer clumsy and timid in Massimo’s presence. Therefore, Massimo feels attracted to Sole. On Sole’s 25th birthday, Massimo kisses Sole and professes his feelings for her.

While Sole has been in love with Massimo since childhood, she turns down his romantic approach. Sole is finally moving forward in life and is no longer afraid of challenges. Moreover, Sole meets Danio, a handsome and caring young man who is also an artist. Sole and Danio form a strong bond, and Sole enjoys Danio’s company. Moreover, Danio also seems to be romantically interested in Sole.

Sole feels acting upon her feelings for Massimo would mean that she is still clinging to the past. Instead, she wishes to explore new possibilities in life. As a result, Sole lets go of her feelings for Massimo. However, the two agree to remain friends. Ultimately, Sole and Massimo do not end up together. Massimo only falls for Sole after she changes her personality for the better. Moreover, Sole deciding to pursue a romance with Massimo would have hindered her journey of self-discovery.