Do Tyler and Kinsey Die in Locke and Key? [Spoiler] 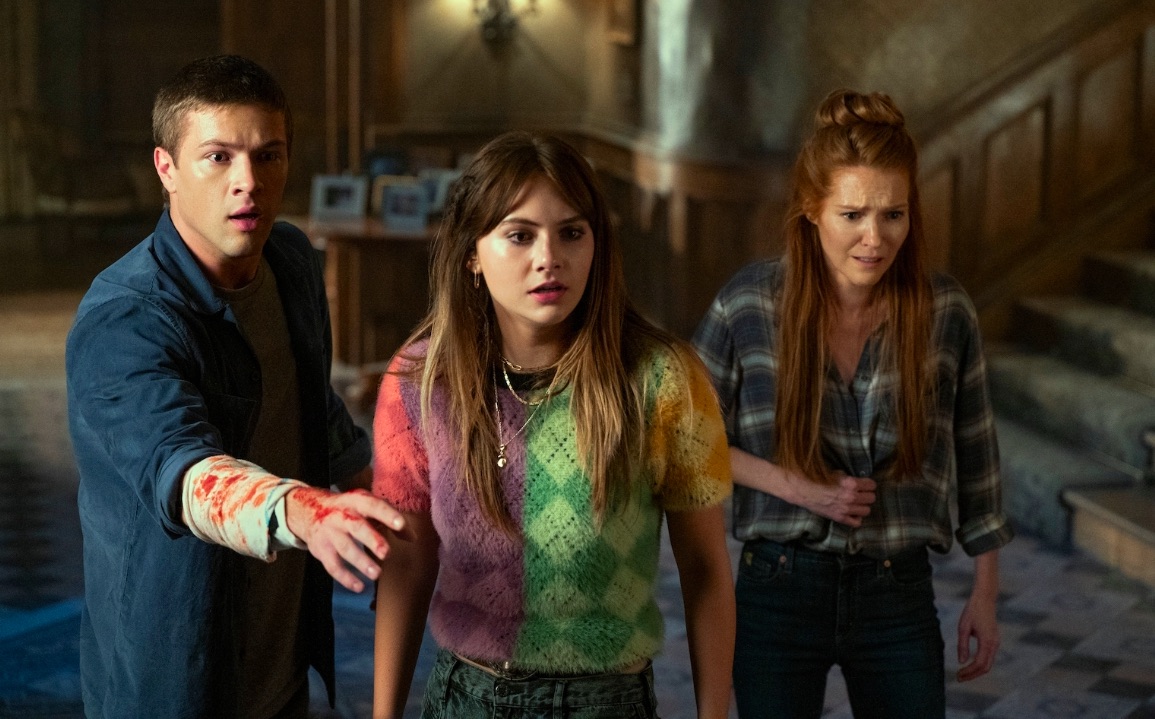 Netflix’s ‘Locke and Key’ is the story of three kids who discover a bunch of magic keys. On the surface, with supernatural elements, the show looks like something that has a lot of action and drama, but not something too dangerous. However, as the story moves forward, we discover just how dark the show can actually get. From the first episode, death becomes its constant theme, and the use of magic keys makes it all the more imminent for anyone involved with them. People around the Locke family, who possess the keys, die left and right. By the end, things come to such a point that the death of one or more Lockes becomes a huge possibility. Bode comes very close to dying, but what about his brother and sister? Do Tyler and Kinsey Locke survive the events of the final season of ‘Locke and Key’? Let’s find out.

Do Tyler and Kinsey Die?

No, despite the losses that they suffer because of the keys, Tyler and Kinsey Locke survive the final battle at the end of the third season. Though, they do come close to dying a couple of times, especially Kinsey.

Tyler had left Matheson after the death of his girlfriend Jackie, for which he blames himself. He had decided to lose all memories of the keys and the magic with his eighteenth birthday around the corner. Despite wanting to stay away more, though not quite remembering why, he returns home for the wedding of his uncle, Duncan. He is supposed to leave the next day but decides to stay when he sees that there might be some danger to his family. In the end, his decision turns out to be for the best.

Frederick Gideon, who is brought back as an echo by Eden, is hell-bent on getting all the keys from the Lockes and using them to open the portal to the demon world after he discovers that the Black Door is gone. The Lockes try their best to stop him. They become so desperate that they are forced to join hands with Dodge, who has always been their sworn enemy. Just as Dodge is about to kill Gideon, the sand in the hourglass of the Timeshift Key runs out and Dodge is thrown back into the past, where she came from, tagging along with Bode.

Gideon gets most of the keys and opens the portal, but realizes that there is one missing. He needs all of the keys to completely open the portal, which leads him on another rampage that results in the death of innocent people. It turns out that the Creation Key had been hidden a long time ago by Ellie and Erin inside Gordie’s head. After a lot of struggle, Tyler and Kinsey succeed in getting their hands on it before Gideon can.

After their efforts to push Gideon into the Well House are foiled, they use the Creation key to open the Harlequin chest and get the Alpha Key. Before they can stab him with it, Gideon gets hold of Kinsey and threatens to throw her into the portal. He wants all of the keys in return for her life, but he doesn’t realize that Kinsey holds the key that can end him. She stabs him with the Alpha Key, killing the demon inside Gideon. Just to make sure that he is properly dead and won’t come back to bother anyone, they throw him inside the portal and close it, once and for all. So, while Gideon doesn’t survive, Tyler and Kinsey Locke, as well as Bode and Nina, live to see the next day.

Read More: Is Frederick Gideon Dead in Locke and Key? How Did He Die?