Does Chris Pine’s Henry Die in All the Old Knives? [Spoiler] 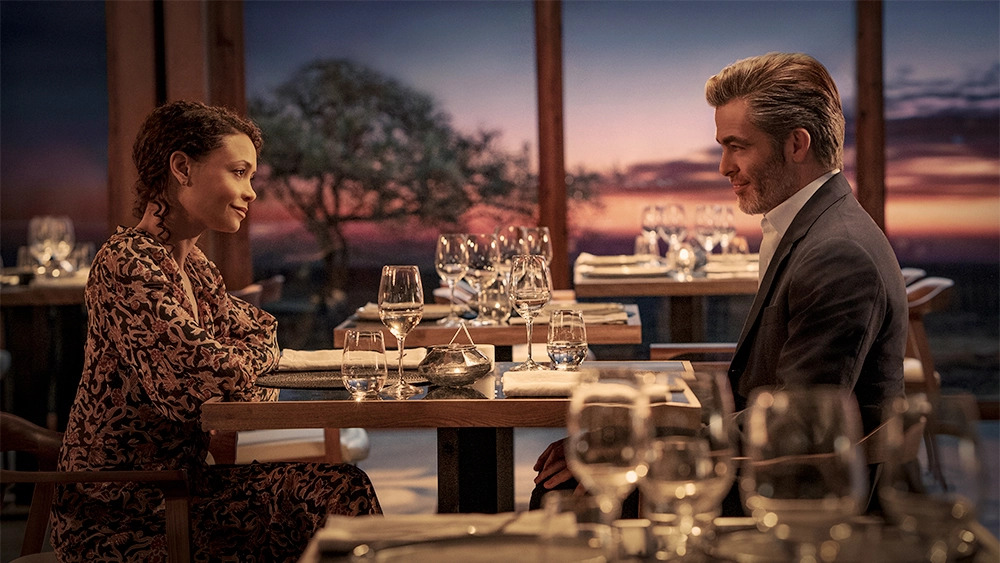 ‘All the Old Knives’ is an unconventional action thriller film. It is entirely devoid of high-octane action sequences, focusing on the dialogues, character development, and core mystery. In the movie, Chris Pine’s Henry Pelham visits his former lover and CIA colleague Celia Harrison (Thandiwe Newton) to interrogate her about a hijacking that took place incident eight years earlier. At the time, they both were working at the Vienna station. The hijacking was done by a dreaded terror outfit named Al-Da’irat, whose members eventually killed themselves along with everyone else in the plane with Sarin gas. As Henry and Celia speak, their shared past and the hijacking incidents are depicted through flashback scenes.

Henry is one of the two main characters of the film. If you are wondering whether he survives at the end of ‘All the Old Knives,’ this is what you need to know. SPOILERS AHEAD.

Yes, Henry dies at the end of ‘All the Old Knives.’ After the Flight 127 incident, Celia left both Henry and the agency. She has since gotten married and given birth to two children. In 2020, Celia and her family live in Carmel-by-the-Sea. Meanwhile, Henry has continued to work for the CIA from their Vienna office. Henry’s boss Vick tells him that Al-Da’irat leader Ilyas Shishani informed the CIA about a mole within the Vienna station before his death. A call to a Tehran number was made from inside the office of Bill Compton, who is Celia’s immediate boss and mentor. Vick tells Henry that both Bill and Celia are now suspects.

After speaking to Bill in London, Henry travels to Carmel-by-the-Sea. The erstwhile couple meet at a beautiful restaurant overlooking the sea. Henry tries to order a vodka martini but is told they only serve wine there. After Celia arrives, the two begin talking. The narrative shifts back and forth between Henry’s conversations with his two suspects and the hijacking as it unfolds in 2012.

It is ultimately revealed that Henry is the mole. When he was stationed in Moscow, Ilyas was one of his sources. The agency gave Ilyas to Russians even though Henry was vehemently against it. Ilyas was tortured and later lost his daughter in Iran because of an illness that could have been easily treated if it weren’t for the US-imposed sanctions.

Celia found the Tehran number on Henry’s phone and realized that he was the mole. She also figured out that he was the one who made the call from Bill’s phone to divert attention from him in case of an investigation. When she discovered that Henry was coming to see her, she feared that he would put her and her family at risk. So, she decided to collaborate with the CIA. The agency placed its operatives as staff members and guests in the restaurant. They also ensured that Henry would die by giving him wine in a glass laced with poison.

Henry reveals that he supplied information to Ilyas to protect Celia and convinces her to leave. On the brink of death, Henry doesn’t give clearance to his assassin to neutralize Celia, saving her life one last time.

Read More: Is All the Old Knives Based on a True Story?