Does Esther Die in Sanditon? [Spoiler] 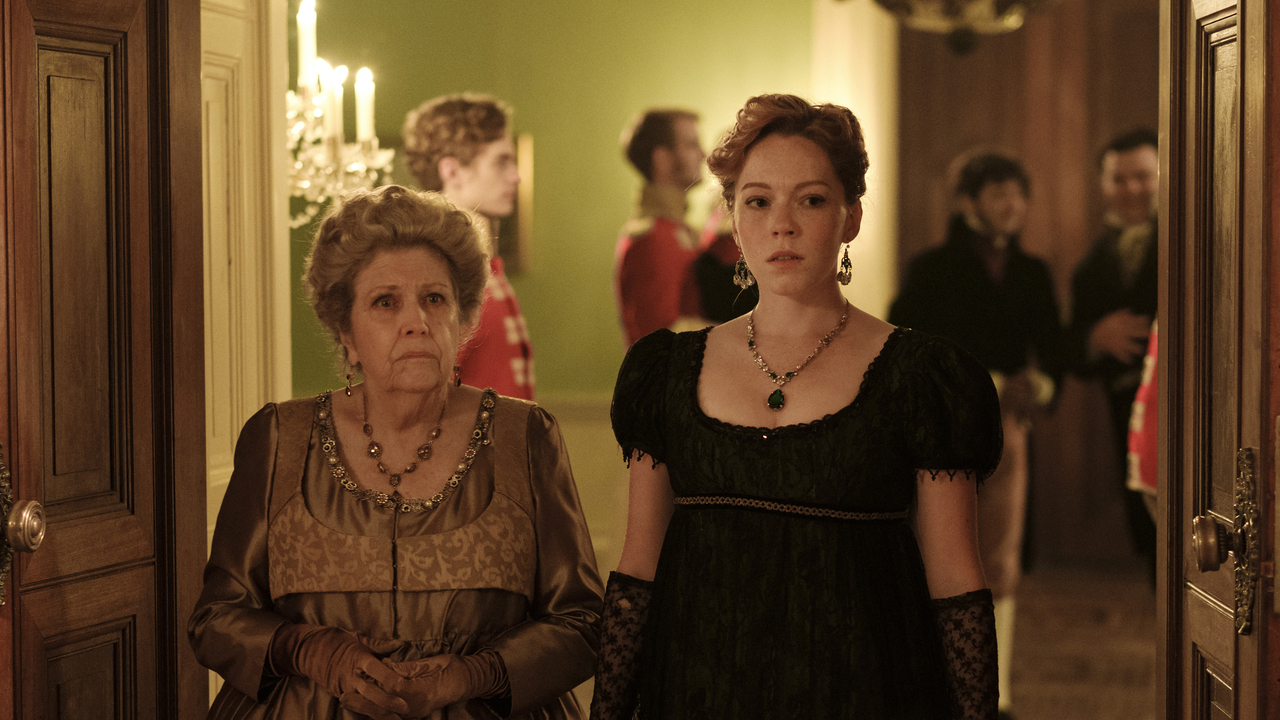 Among all the complicated characters of ‘Sanditon,’ Esther Denham stands out for her extremely vulnerable self, hidden under a seemingly cold and indifferent exterior. Romantically manipulated by her step-brother Edward to aid him in his twisted schemes, she finally sees through his vileness and finds a suitable husband in Lord Babington. She further proves her loyalty to her aunt Lady Denham and moves away to settle down as a newlywed bride.

However, when Esther returns in season 2 to visit her aunt, misfortune strikes her yet again as she struggles with infertility. To add to her woes, Edward and Clara come back as well, this time sinisterly plotting to permanently remove her from their way and claim Lady Denham’s fortune for themselves. But do they succeed in their evil endeavors or does Esther survive in ‘Sanditon’ season 2? Let’s find out together. SPOILERS AHEAD.

No, luckily Esther does not die. Even though Edward leaves no stone unturned to ensure that she perishes, his plan backfires. When he returns to Sanditon as an army officer in season 2, he claims that he is repentant of his past actions and has since changed his ways. While Lady Denham melts at her nephew’s apology, Esther refuses to believe that he can reform. To further complicate matters, Clara arrives too and claims to be carrying Edward’s child.

Lady Denham reluctantly takes in a heavily pregnant Clara, but Esther feels resentful as the unborn child reminds her of Edward’s betrayal and her own inability to conceive. Thus, she becomes even more desperate to have a baby and resorts to all sorts of medical remedies. In the meantime, Edward starts secretly stealing and hiding all of Lord Babington’s letters that arrive for her. Having not heard from her husband for long, Esther gradually begins to worry that he may be losing interest in her as she cannot give him an heir.

Later, Clara suddenly goes into labor, and Esther is forced to help her give birth in the absence of the servants. At first, the latter is harsh on her but then she successfully manages to help her nemesis deliver a son named George. Surprisingly, Clara is unable to form an attachment to her child but Esther develops a maternal affection toward him and starts caring for him. Not just that, she also helps Clara bond with George and feed him. Moreover, Esther is kind to her and makes her realize that she may be capable of being a good person.

Seeing this, Edward tries to manipulate Clara into believing that Esther is jealous of her and George and convinces her to aid him in getting her out of their way. He claims that destroying Esther’s life would help them benefit from Lady Denham’s money and secure a better future for their son. Clara is thus torn between her newfound admiration for Esther and her allegiance to Edward for their son’s sake. After she reluctantly agrees to comply, he declares his intent to marry her publicly and seeks Lady Denham’s permission.

Edward then swaps Esther’s fertility medicines with poison, causing her to have delirious fits and slowly lose her senses. This results in her making a public scene at the Parkers’ ball and Lady Denham gets disappointed with her. To add fuel to the fire, Edward begins convincing his aunt that Esther is mentally unstable and that her family has a history of such illnesses. Seeing her deteriorating condition, Lady Denham starts believing him and is unable to trust her anymore. As Clara looks on helplessly, the doctor declares that Esther may need to get institutionalized for treatment.

In a final attempt to succeed, Edward blackmails his fiancée to slip a final dose of poison to Esther to kill her. On the morning of Clara and his hush-hush marriage, she poisons Esther’s drink. But just as the toasts are raised, Clara’s conscience bites her and she throws the glass out of Esther’s hand in time. She goes on to reveal Edward’s diabolical deeds to everyone and confesses being an accomplice to him.

Livid at their second betrayal, Lady Denham decides to banish them both permanently, but Esther defends Clara and vouches that she has reformed. Both women express their affection for each other while their aunt punishes Edward by making him a mere servant who shall remain at her mercy for survival. Afterward, Clara and Esther have a heartfelt conversation where the former expresses her inability to be as good a mother as her friend.

As a result, she decides to entrust George in Esther’s care and secretly leaves for the accommodation Lady Denham has arranged for her, away from Sanditon. As season 2 ends, Esther not just evades death but also gets rewarded for her forgiving and kind deeds in the form of her new son. She happily departs with George to her husband’s home, leaving Edward behind to face his wretched fate.

Read More: How Did Lucy Die in Sanditon?