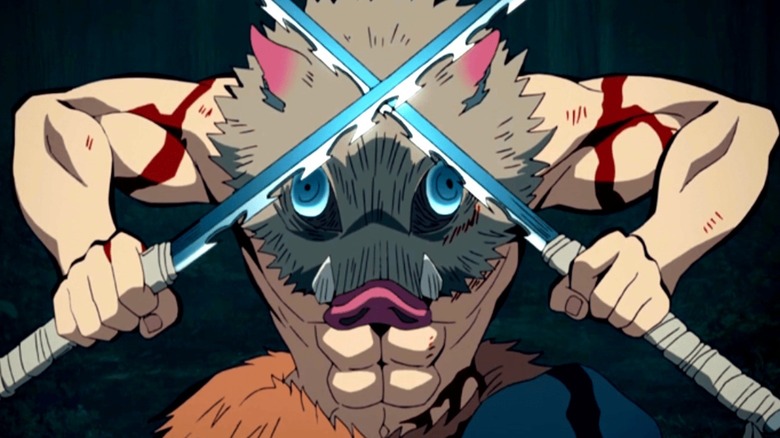 ‘Demon Slayer: Kimetsu no Yaiba‘ season 2 primarily revolves around the confrontation between the joint holders of the Upper-Rank Six and Tanjirou and his companions, which include Zenitsu, Inosuke, and Tengen Uzui. While the Demon Slayers ultimately win the violent battle, Inosuke is heavily injured in the process. But despite the life-threatening wounds, the brave fighter continues to stand by his friends until Gyuutarou and Daki are beheaded. But what happens to Inosuke after the fight? In case you are wondering the same, allow us to help you learn all you need to know. SPOILERS AHEAD!!!

No, Inosuke does not die in the ultimate episode of ‘Demon Slayer: Kimetsu no Yaiba’ season 2. While fighting the Upper Rank Six demons, there is an instance when Daki is decapitated, and the Demon Slayer decides to run away with her head. Since Gyuutarou is also not beheaded at the exact moment, he knows that she will not die, so he makes a smart decision by not letting her head fuse with her body again. 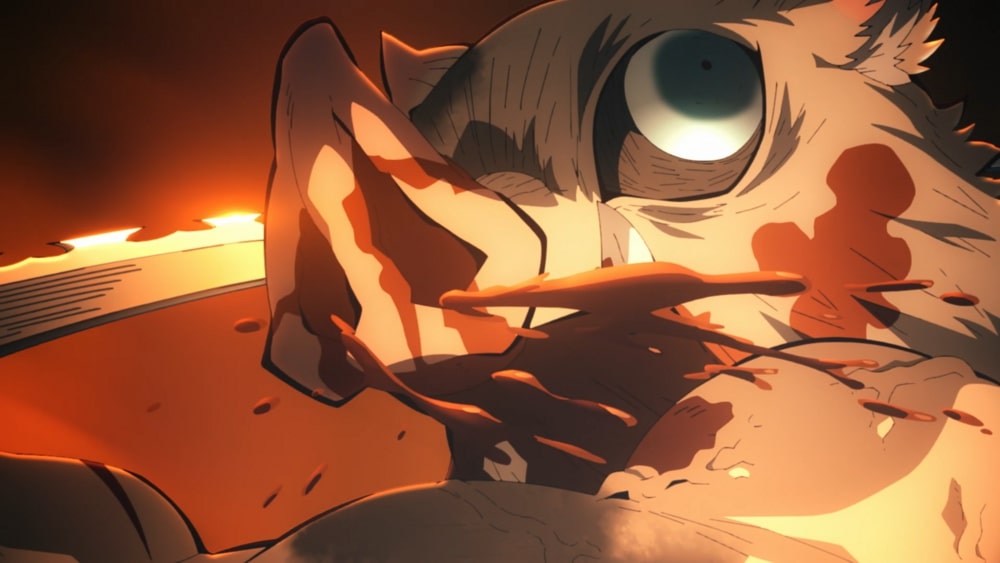 Unfortunately, Tanjirou fails to keep an eye on the primary holder of the Upper-Rank Six, and Gyuutarou uses this to his advantage. He stabs Inosuke in the back with his poisoned sickle, and it appears that the weapon went right through the Demon Slayers’ heart. Tanjirou’s companion falls from the rooftop and lies unconscious in a pool of blood with no signs of life. However, in the penultimate episode of the second installment, when Zenitsu uses God Speed, an extension of the Thunderclap and Flash technique, to attack Daki, Insuke joins him.

The Demon Slayer argues that poison does not affect him. Moreover, he can shift his organs inside his body, so Gyuutarou’s sickle never stabbed his heart. However, when the Upper-Rank demons are defeated, things do not look good for Inosuke. Tanjirou and Nezuko are informed by Zenitsu that their friend is struggling for his life, and with every moment, his heartbeat is getting weaker. Alarmed by the critical situation, Tanjirou and Nezuko find Insouke and begin to observe his condition.

It appears that Inosuke had underestimated Gyuutarou’s poison, and now he is paying the price for it. So, even though he had claimed poison has no effect on him, he is clearly struggling. Tanjirou realizes that his friend does not have much time, so even if he sends his crow to ask for Lady Shinobu’s assistance, by the time help arrives, Insokue will most likely die. In the desperate moments, Tanjirou is appalled by his helplessness and realizes that he is going to lose his friend, who has put everything on the line to fight alongside him. 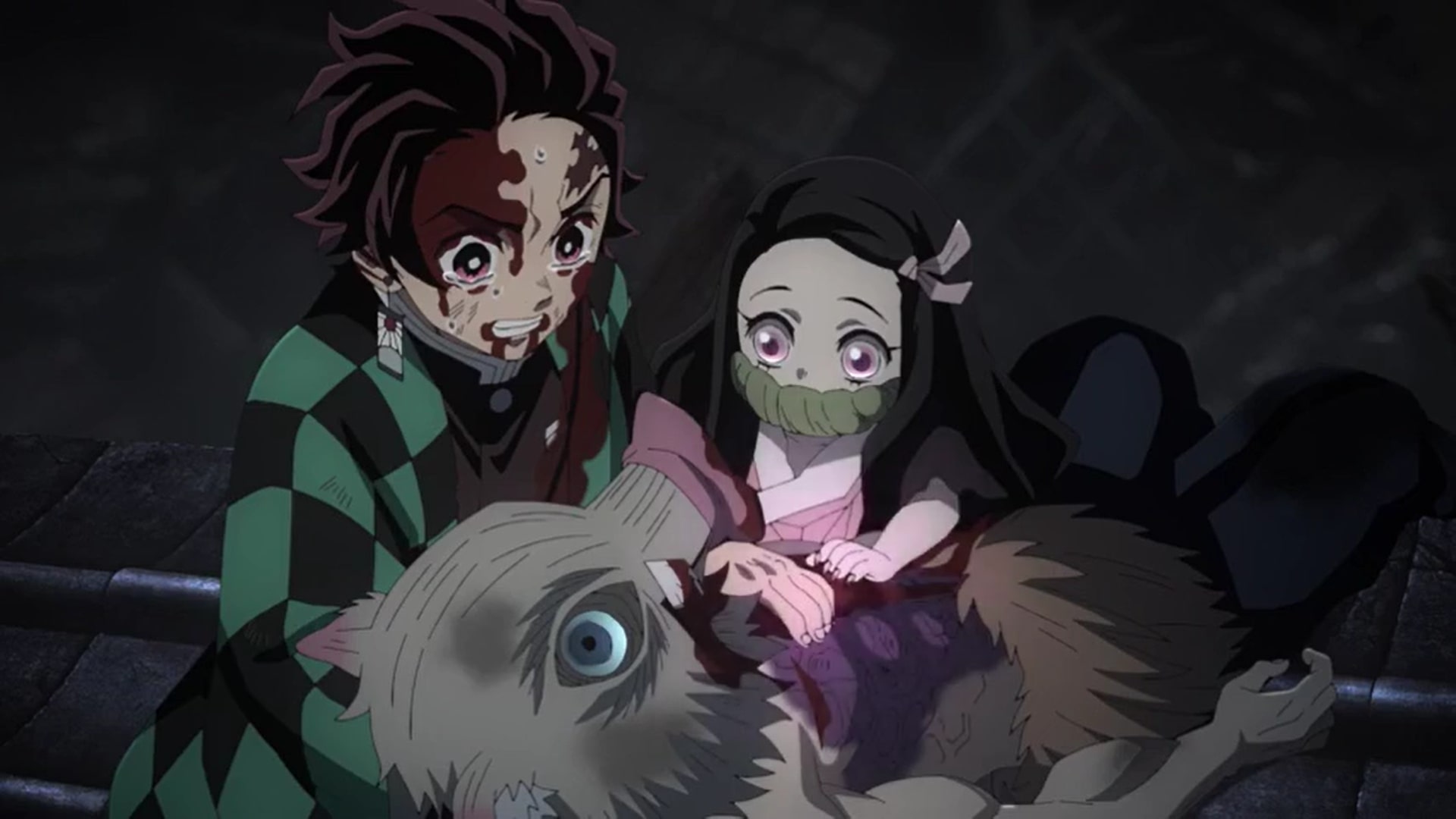 Meanwhile, Nezuko puts his hands on Inosuke’s body and uses Blood Demon Art to burn all the poison running through his veins. Her powers are so effective that Insouke, who was struggling to survive just moments earlier, manages to even talk to Tanjirou. So, to conclude, no Inosuke does not die in ‘Demon Slayer: Kimetsu no Yaiba’ season 2 finale.