Does Laura Die in The Adam Project? 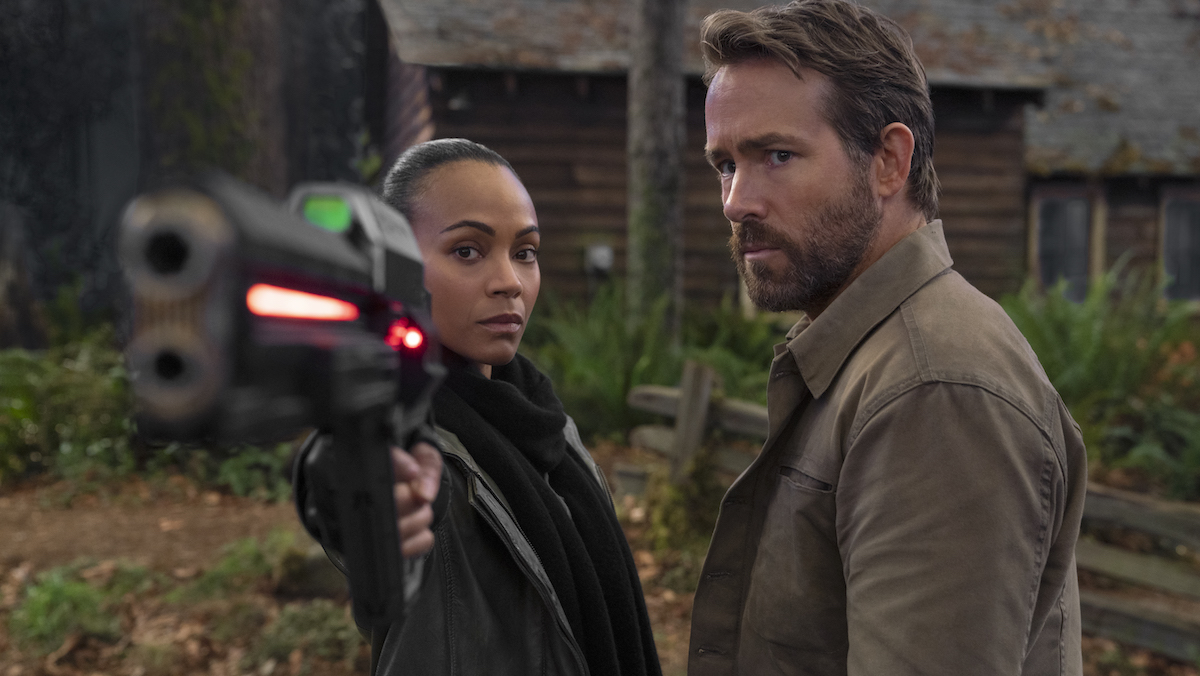 Portrayed by Zoe Saldana, Laura is one of the main characters of the science-fiction action-adventure movie ‘The Adam Project.’ The film revolves around 12-year-old Adam Reed (Walker Scobell), who discovers the 42-year-old version of himself (Ryan Reynolds) in his father’s garage. Together, they embark on an incredible adventure through space and time. Laura is Big Adam’s wife. In the future, Big Adam was told that Laura died during re-entry in her time jet. Big Adam knew that was virtually impossible as she had the best scores at the academy in re-entry. So, he decided to investigate and found out that her last travel was to 2018. While making his way to that year, he ends up in 2022 and meets his younger self. If you are wondering where Laura lives at the end of ‘The Adam Project,’ we got you covered. SPOILERS AHEAD.

Laura isn’t dead at the end of ‘The Adam Project.’ While he is in 2050, Big Adam realizes that Maya Sorian (Catherine Keener), his father’s former corporate partner, might be responsible for what happened to his wife. After he arrives in 2022, Maya comes looking for him. Just when she and her subordinates are about to overwhelm Big Adam, Laura arrives, saving him and his younger self. She later reveals that she came to 2018 after finding out that Sorian previously traveled to that year. She reveals that Sorian spoke to her younger self, giving key information about their future. Sorian changed the fixed time, turning herself into the wealthiest and most influential person on Earth. In 2050, she controls the most valuable resource in human history: time.

Laura has been stuck in the past for the previous four years. Big Adam apologizes to her for not coming sooner, and they make love. Later, Laura convinces Big Adam to leave and correct the course of the fixed time while she covers for him and Young Adam. Her sacrifice allows them to travel to 2018 and meet their father, Louis, in an attempt to convince him that no rule about time matters any longer because his partner has already changed the fixed time.

It takes some time, but Louis ultimately realizes his hubris for attempting to invent time travel. In the climactic scene, Older Sorian tries to shoot at the Reed family, but the bullet turns toward her younger self because of the magnetic field of the dissolving particle accelerator. Younger Sorian is killed, and Older Sorian is wiped out of existence. Time travel never gets invented, and the fixed time returns to its original course.

Big Adam returns to 2050, but it appears that his future has been re-written. In the fixed time that Sorian corrupted, Big Adam had a troubled childhood after his father’s death. He lost his scholarship in college before enrolling in the flight school. This is where he met Laura. In the current timeline, he is still in college when they meet. Big Adam’s biggest fear about changing the past has been that he will never meet Laura in the altered fixed time. Although they don’t know each other in the current fixed time, it appears that they were destined to meet. Like before, Laura loses her way to her class and ends up in the one that Big Adam attends. The film ends as he volunteers to show her the way.

Read More: Is Louis Dead or Alive at the End of The Adam Project?