Does Morpheus Die at the End of The Matrix 3? Why Was He Recast? 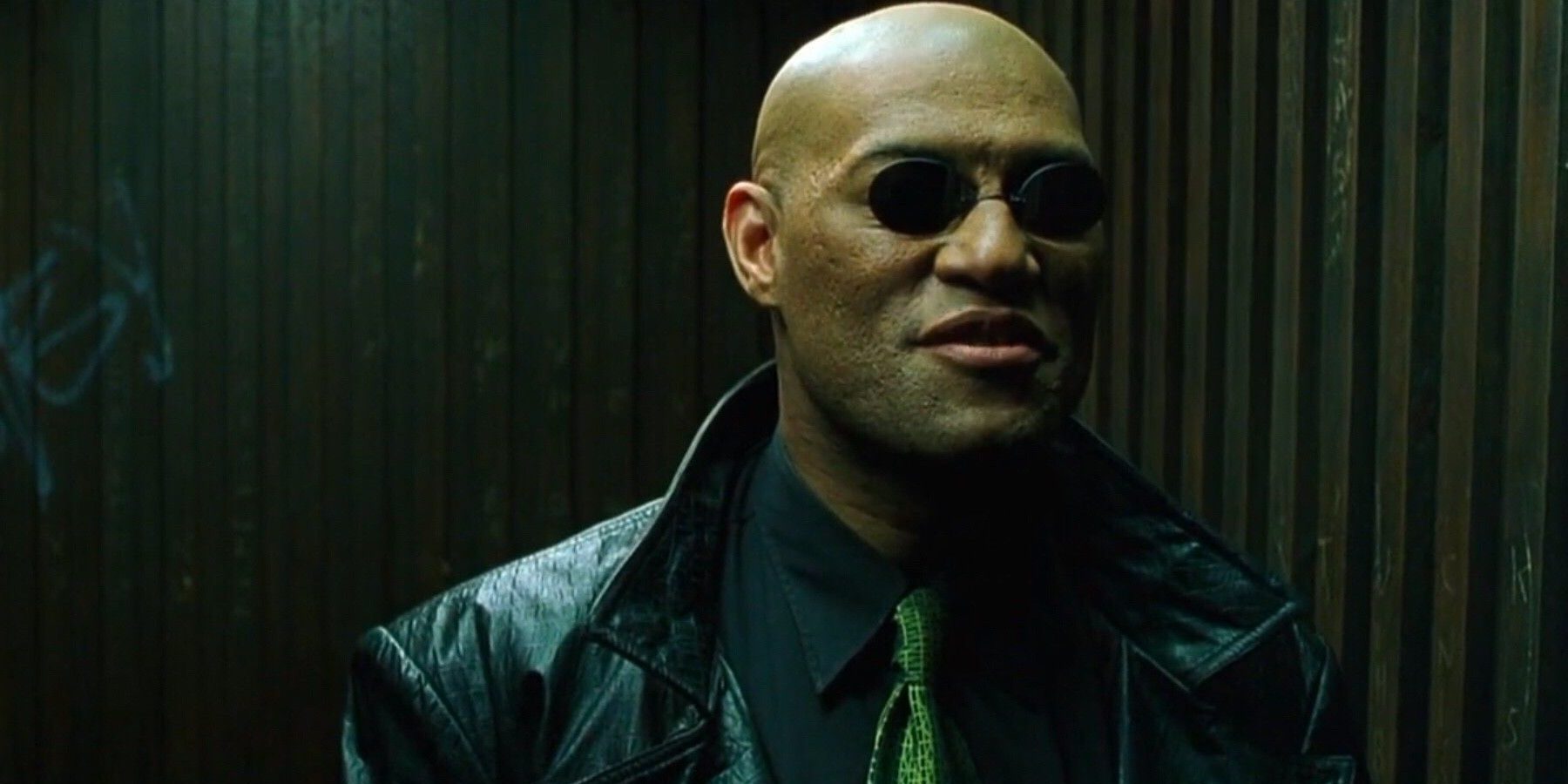 ‘The Matrix‘ franchise is one of the finest science fiction films to be ever made. The characters from the franchise have earned themselves an eternal place in pop culture and the hearts of the fans. Years after the original trilogy of films, director Lana Wachowski brings us a fresh installment in the form of ‘The Matrix Resurrections,’ which takes us back to the exhilarating digital world of the Matrix. However, this time around, not all is as it seems. There are plenty of old faces and new threats for Neo (Keanu Reeves) to deal with in the Matrix.

Amidst all the changes (or should we say updates), a major detail will grab the attention of the longtime fans of the franchise. In the fourth film, Neo’s trusted ally and mentor, Morpheus, is present, but he is much younger, and a different actor essays the role. After Morpheus’ fate at the end of the original trilogy, viewers must be puzzled by the sudden emergence of the character’s younger self. If you wish to brush your memory on Morpheus’ fate at the end of the third movie and seek clarification about his appearance in the fourth one, here’s everything you need to know! SPOILERS AHEAD.

Does Morpheus Die at the End of The Matrix 3?

Morpheus is introduced to the viewers in the first film ‘The Matrix’ with actor Laurence Fishburne essaying the role. In the movie, Morpheus offers Neo the red and blue pills. After Neo chooses the red pill, Morpheus frees Neo’s real body and guides him through dealing with life in and out of the Matrix. Morpheus is the Captain of the ship Nebuchadnezzar and one of the leaders in the rebellion against the machines. 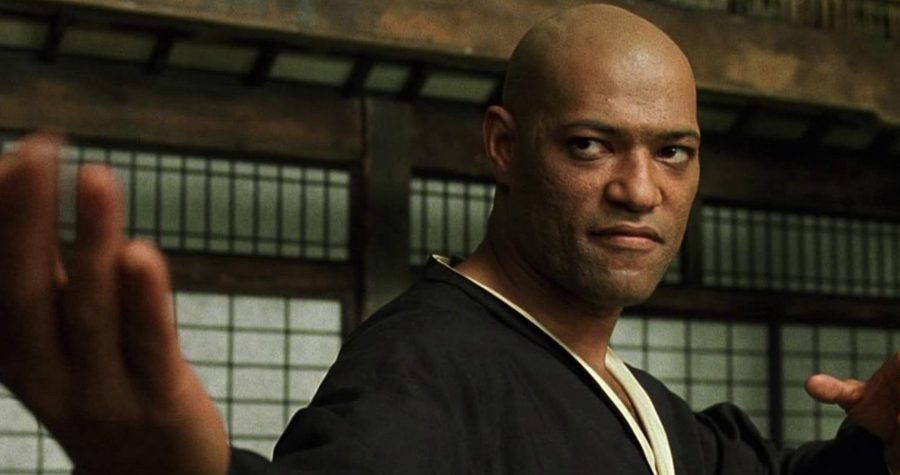 In the third film, titled ‘The Matrix Revolutions,’ the Sentinals attack the last surviving human city, Zion, and Morpheus leads the charge against them, alongside Niobe. In the end, Neo’s sacrifice saves Zion, and the Sentinels are dispelled. The rebellion marks a victory against the machines, and Morpheus celebrates the moment with Niobe. Minor injuries aside, Morpheus is alive and well at the end of ‘The Matrix 3,’ which makes the appearance of his younger self and concurrent recasting a point to ponder over.

Why is Morpheus Young in The Matrix Resurrections?

‘The Matrix Resurrections’ is the fourth film in the franchise, and actor Yahya Abdul-Mateen II (‘Candyman‘) takes over the role of Morpheus. The iteration of Morpheus in the movie is much younger but serves the same narrative purpose. Like in the first film, Morpheus is once again the person to offer Neo an exit from the Matrix. The most likely explanation for the character appearing as a different, younger version is that the Morpheus in the fourth film is an alternate version of the one we see in the original trilogy. 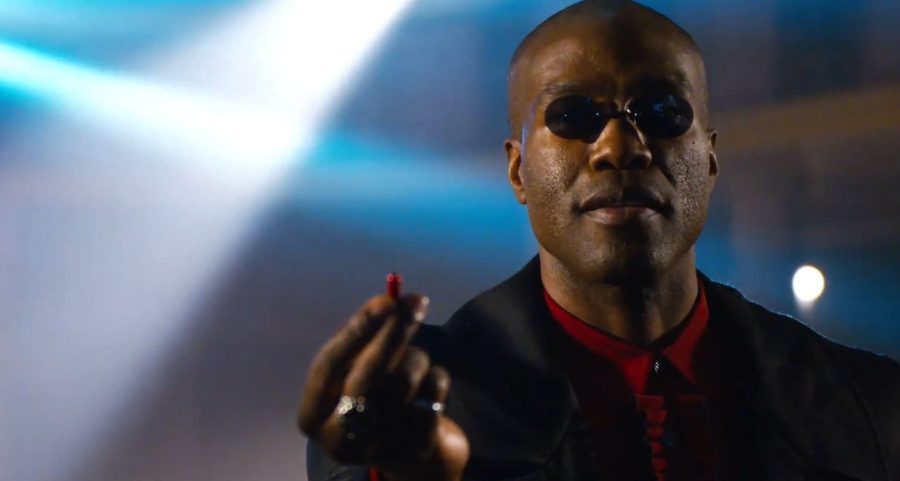 Given that the Matrix is merely a simulation, there could be n number of reasons why Morpheus appears to be younger than his previous appearances. Irrespective of the in-story explanation for Morpheus’ younger appearance, it is clear that the character is still crucial to the plot and retains much of the same personality from previous films that made him into a fan-favorite character in the first place.

Why Was Morpheus Recast?

Director Lana Wachowski has remained tight-lipped on the reason for the recasting of Morpheus for the fourth film. But reports suggest that the character was recast to justify the narrative of the fourth film. Fishburne’s turn as the character has received critical acclaim and is one of the highlights of the original trilogy. Moreover, actress Jada Pinkett Smith who plays Morpheus’ love interest, Niobe, reprises her role in the fourth installment. Additionally, it has been widely reported that Fishburne was not contacted to reprise the role of Morpheus.

All these signs point to the fact that Morpheus’ younger alternate version is integral to the plot of ‘The Matrix Resurrections.’ Therefore, it was imperative that the character be recast with a younger actor playing the role. Nonetheless, Fishburne appears in the fourth film through the use of archival footage, making it apparent that his iteration of the character is different from the one Abdul-Mateen II plays in the movie.

Read More: Does Agent Smith Die at the End of The Matrix 3? Why Was He Recast?