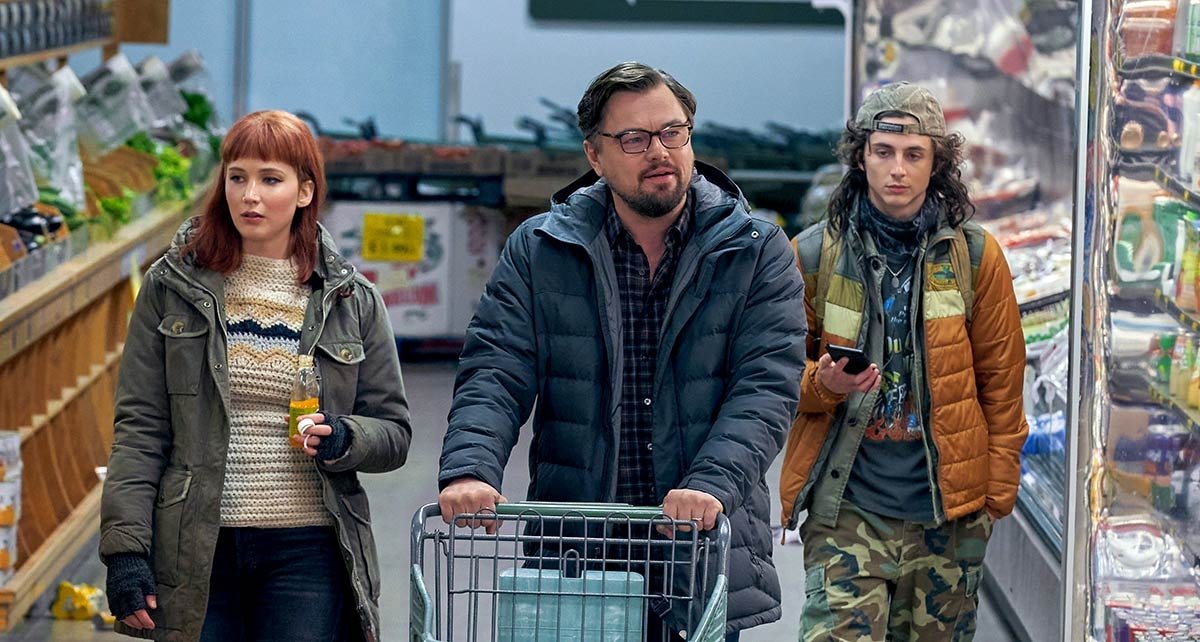 The world is coming to an end, but nobody seems to care. ‘Don’t Look Up’ is a cynical but lighthearted tour-de-force dystopian satirical comedy about everything that is wrong with civilization. The journey is rib-tickling and engrossing, its crude comic ambiance and DiCaprio’s self-conscious jitters notwithstanding.

Writer-director Adam McKay presents a bizarre disastrous mess about a disaster, because well, who does not love an apocalypse? Michigan State bred Kate Dibiasky finds an unidentified comet, and her supervisor Dr. Randall Mindy deduces the object to be a planet-killer. The only problem is, nobody believes them. Does humanity survive? Let us recollect the twist ending of the finale. SPOILERS AHEAD.

Stoner and anarchist Kate Dibiasky (Jennifer Lawrence), Ph.D. candidate at Michigan State, discovers a comet near our solar system from the Subaru Telescope. She shows the discovery to her mentor, professor Dr. Randall Mindy (Leonardo DiCaprio), and it calls for a party. Mindy calculates the orbital trajectory of the comet (which he christens ‘Dibiasky’ after Kate). His findings are drastic, and he contacts Dr. Calder, who transfers the call to Dr. Teddy Oglethorpe, head of the Planetary Defense Coordination Office. The orbital calculations show that the comet will hit the planet in six months, 14 days.

The comet’s diameter is about five to ten kilometers, and the collision can cause a near-extinction event. It is the doomsday calling all over again. They get on a plane to D.C. While Dr. Oglethorpe checks the news of Riley Bina and D.J. Chello breaking up, the professor gulps down a quarter of Xanax. Kate snatches away the rest, and the general comes back with pricey food from the canteen, which, Kate knows later, is free. Jason, the associate of the President, is extremely sorry that the President cannot make it to the meeting, but he sets them up in a hotel.

They meet President Orlean (Meryl Streep) the following day, but she is not interested in the calculations. When they say that the chance of collision is 99.78 percent, she does not like its sound and asks them to tone it down to 70 percent. The President asks them to “sit tight and assess,” to be precise. But following Abdul Grelio’s stirring article in the ‘New York Herald,’ their story goes viral. Everyone is prepping for doomsday, and the President sanctions a defense mission. But business tycoon Isherwell sniffs money. As they plan to monetize the minerals from the comet, the clock keeps ticking.

Don’t Look Up Ending: Does The Comet Hit Earth?

According to the calculations by Dr. Randall Mindy, the apocalypse is very much real.  The comet Dibiasky, named after Kate, is about to hit the pacific near Peru in about six months and fourteen days after its discovery (Six months, ten days, two hours, eleven minutes, and 41 seconds, according to Kate). Kate and Randall attend the morning show The Daily Rip when the President seems busier with the midterm elections than the apocalypse.

But there, too, Riley Bina’s public patch-up with D.J. Chello takes away the limelight, and the scientists get a short final segment. Randall tries to warn the peeps, but the anchor is more interested in aliens. Anyhow, they spill that humanity is under a grave threat, but the apocalypse is not a hot topic on breakfast T.V. Following an on-screen outburst, Kate becomes a subject of internet memes. The scientists lose hope, but a Presidential scandal sets them back on track. 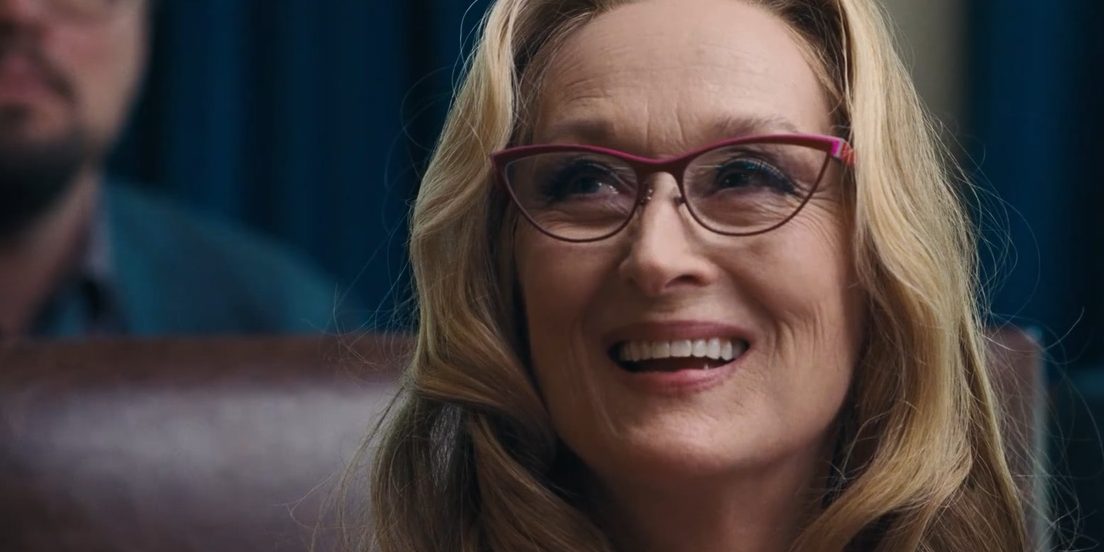 To save her image, the President devises a spectacular nuclear operation, complete with the heroism of General Benedict Drask. The story goes viral, and the professor hits it off with the female reporter, but the missiles fall back. As it happens, media tycoon Peter Isherwell is calling the cards. China has a monopoly on most rare minerals (Yttrium, terbium, osmium, dysprosium, etc.) that make up electronic motherboards. As it happens, the comet contains 32 trillion dollars of these resources, and BASH wants a fair share. Thus, Isherwell carves an elaborate plan to cut the asteroid into manageable meteoroids.

The professor asks whether the project is peer-reviewed, but nobody answers. Isherwell is a platinum-level donor who has full access to the administration, and he teams up with Orlean to extract the wealth from the cosmic object. The quest fails as they discover an explosion in Russia caused by the debris of the mission. After leaving angrily from The Daily Rip, Randall sees the comet in the sky. People keep looking at their timers, whereas the comet only comes closer. It hits the earth, and humanity becomes almost extinct, saving a post-credits sequence.

Do Dr. Mindy And June Get Back Together?

After her first stint at The Daily Rip, Kate goes off the radar. Meanwhile, Randall, charged with the adrenaline that comes with the apocalypse, courts Brie Evantee, the female reporter who comes from grotesque money. Her grandfather invented the flash-freezing process. She also has three master’s degrees, two divorces, and two Monets in her stride. She also claims to have slept with two former Presidents. 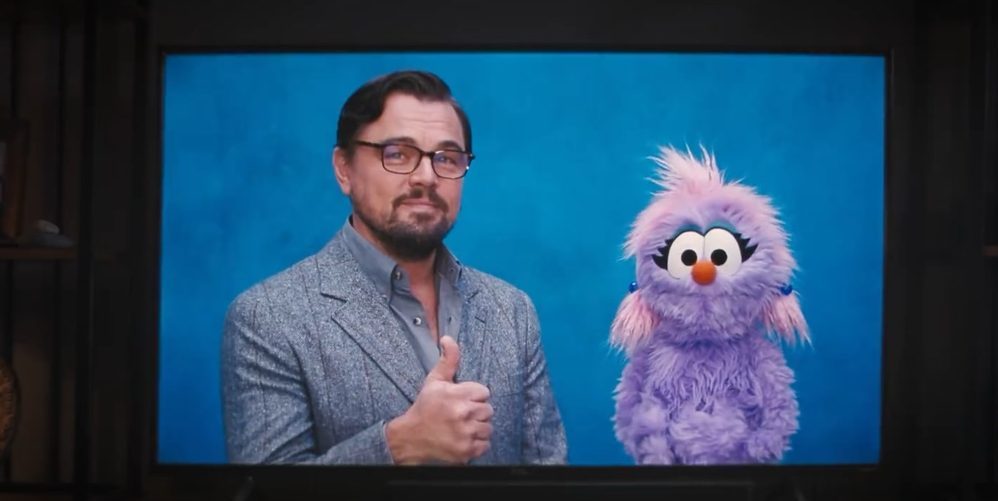 With some boost from the media and the President, Randall becomes the face of the F.E.M.A. campaign on the apocalypse. Anyway, a worried June Mindy reaches D.C. to find Randall with Brie. In the heat of the moment, June throws Randall’s medicines at him. As it happens, Randall struggles with some issues, and he has to take Xanax and Zoloft. He also has panic disorders. However, in the face of the absurdity of the presidential administration, Randall comes off as a sole sensible voice. But he chooses pleasure over pain and deviates from the set course.

Amidst his infidelity, Teddy warns him that a man always has a choice. A book-smart professor, Randall becomes one of the sexiest scientists of America, but he wants none of the popularity. As an idealist, he believes that people have a right to know what is going on, but he conforms in the end. After the stint with Brie, Randall goes back to his wife in Michigan. He also takes Kate and Yule, and June opens the door. Randall can’t reiterate his love for June enough, and June forgives him. She gets back together with Randall. But do they survive?

What Happens to Dr. Mindy and Kate? Do They Die?

As the post-credit sequence divulges, humanity does not become extinct. The capsules arrive on a new planet, and the voyagers wake up from cryogenic sleep. Moreover, the alien world has 9% more oxygen in the air. However, we wonder what happens to Randall Mindy, Kate, Yule, Teddy, and June. Randall gets an offer from Orlean and Isherwell about boarding the backup mission with the “adults,” but he rejects the offer. 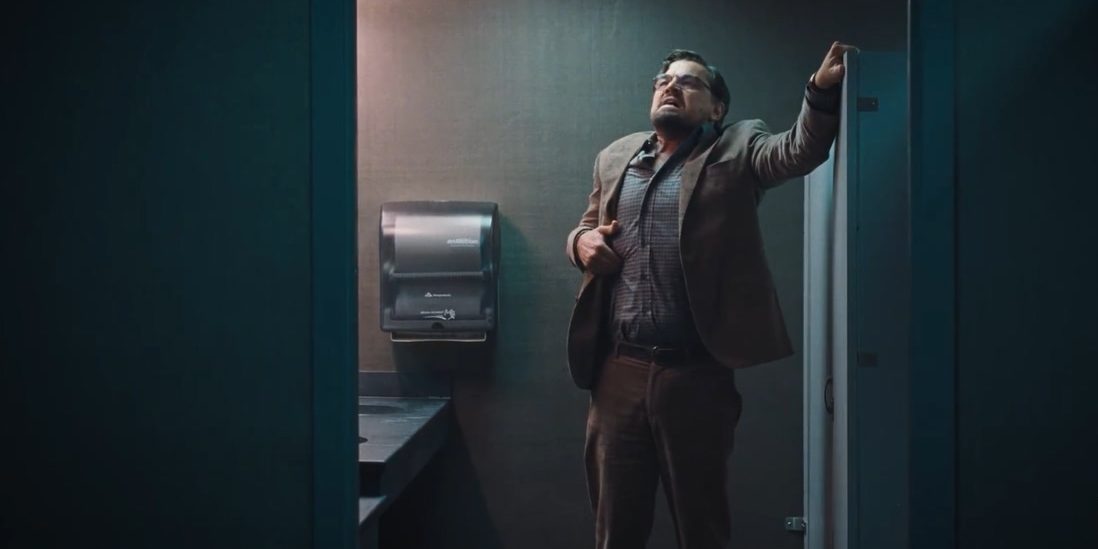 As an idealist, Randall would rather die with his family than leave on a mission with a few elites. Therefore, we can assume that Randall, Kate, Yule, Teddy, and others die from the impact. The group has dinner at Randall’s house as the comet hits the planet. Yule says a prayer, and with some soft jazz playing in the background, the wall behind Teddy starts collapsing. This is the time of reckoning, and the next shot reveals a half-burnt planet.

Does Humanity Survive? Is President Orlean Dead or Alive?

The post-credit sequence occurs 22,740 years later, where BASH capsules reach a new planet. The vibrant and lush world has an abundance of Oxygen. Humanity thus lives to see another day.  The President is alive, as well as Isherwell, locked up in cryogenic chambers, which was seemingly a plan B reserved for the rich. Yet, as you may have noticed, most of the people who come out of the capsules are old, which puts a dent in humankind’s survivability.

A provocative naked dance sequence follows. However, while they are still making merry, the President faces her doom. A Bronteroc (imagine a bigger version of a rooster) chews her head alive, fulfilling the prophecy made by Isherwell’s ultra-intelligent phone A.I.