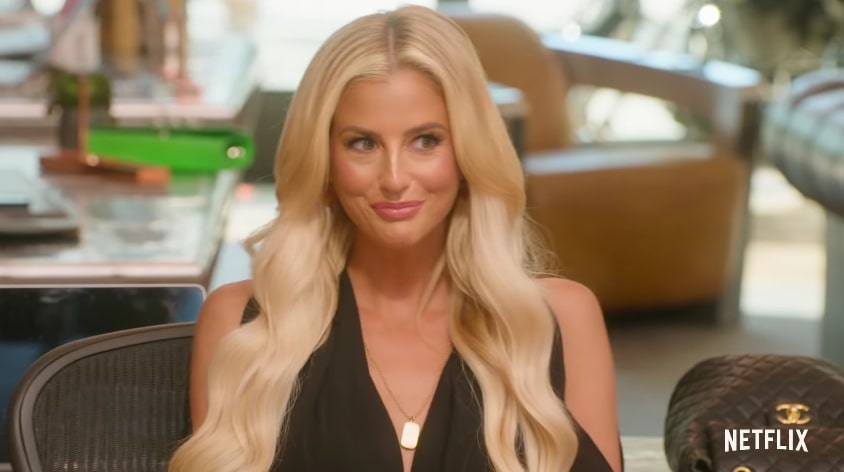 With multi-million dollar estates, designer looks, and dramatic catfights, Netflix’s ‘Selling Sunset‘ is back with its fourth installment, and as expected, it’s bigger and better than ever. The fact that two new cast members — Emma Hernan and Vanessa Villela — were added into the mix for this production played a massive role in keeping things fresh. Yet, we also can’t ignore that Emma’s familiarity with a few fellow realtors made all the difference in the world. But now, if you wish to learn more about her career and the empanadas she spoke of, we’ve got you covered.

After years of serving only as a model and angel investor, mostly backing companies she thinks can make a difference in the world, Emma Hernan naturally jumped into real estate and crypto. Through that, she became close friends with broker Jason Oppenheim, who saw her potential and encouraged her to join the trade. Thus, after Emma obtained her license in 2018, she began working with The Oppenheim Group as a part-time realtor. That’s primarily because, that same year, Emma launched Emma Leigh & Co., a healthy and plant-based frozen food business.

Emma Leigh & Co. specializes in different kinds of empanadas that are full of flavor and made in the US with love. Since the founder and CEO’s family continues to run Yankee Trader Seafood, which was established in her home state of Massachusetts by her grandfather in the 1990s, she grew up in the industry with a passion for food. Hence, when that got combined with her belief in having multiple income streams and her love for empanadas, she donned her own chef’s hat and apron. Honestly, Emma’s drive to always stay busy and her ambitions are commendable.

As empanadas can be very versatile in terms of filling options and don’t particularly have a massive presence in the frozen food market because of how easy they are to make, that’s what Emma focused on. Her products are vegan and entirely healthy, especially since they are created from Beyond Meat and Just Egg produce when required. Emma Leigh & Co. gained traction during the pandemic in 2020, after the founder dedicated almost all her time to entrepreneurial and cooking skills to make deals and come up with recipes for her business that everyone can enjoy.

Apart from her original plant-based beef empanada, Emma’s line includes sausage, spinach and cheese, egg and cheese, sausage pizza, and cheeseburger empanada. Moreover, she has a dessert range that has flavors like cinnamon bun as well as strawberry and cream empanada, along with limited-edition ones such as birthday cake, blueberry cobbler, and cookies and cream. Headquartered in Hingham, Emma Leigh and Co. also offers keto-friendly cauliflower crab cakes, which are available at QVC and the organization’s official website just like the rest of the items. In short, there’s something as per everybody’s liking here.

Read More: What is Emma Hernan’s Net Worth?