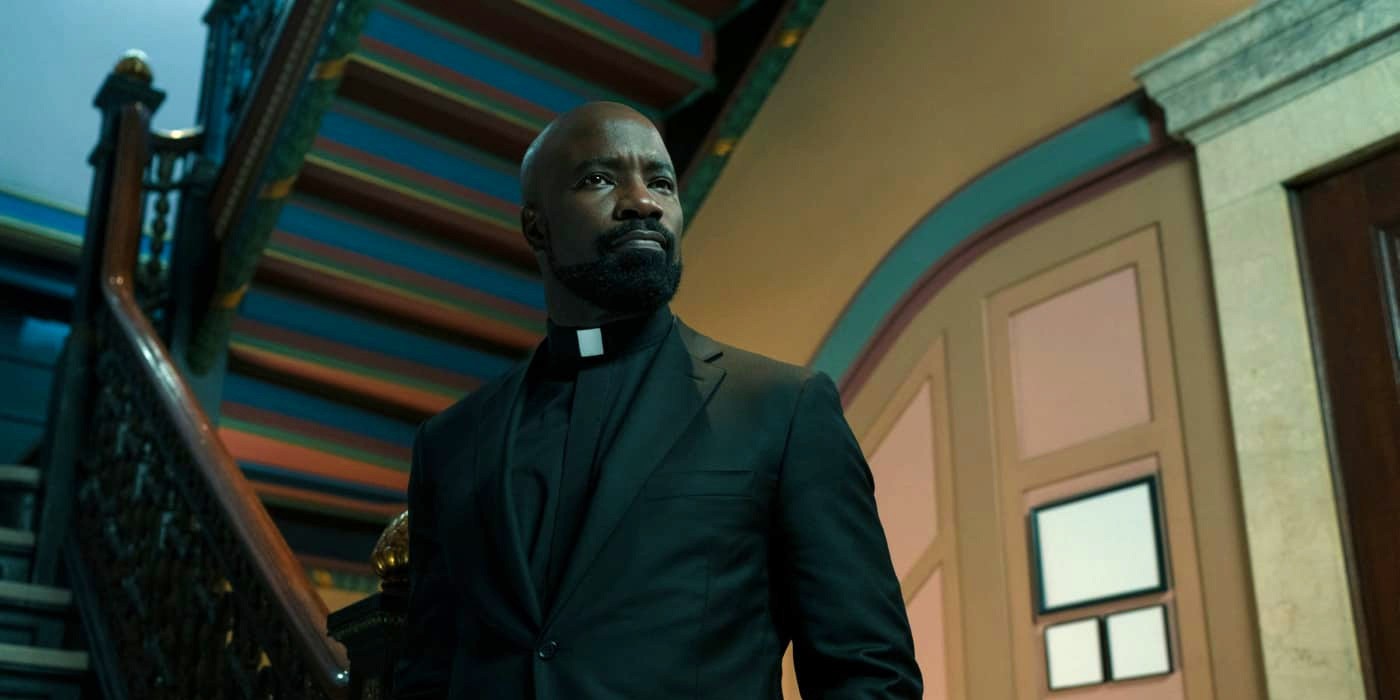 The third season of ‘Evil‘ focuses on vastly different cases that church assessors David, Ben, and Kristen deal with. However, in the season finale, the group is forced to confront their own demons. The tenth and final episode, titled ‘The Demon of the End,’ sees Kristen dealing with the truth about her husband’s disappearance.

Meanwhile, David confronts his feelings for Kristen. In the end, Kristen learns a game-changing truth while Andy and David have moments of spiritual awakening. With so many exciting developments, we are sure viewers must be having difficulty wrapping their heads around the episode’s events. In that case, here is everything you need to know about the ending of ‘Evil’ season 3 episode 10! SPOILERS AHEAD!

The tenth episode, titled ‘The Demon of the End,’ opens with David, Kristen, Grace, and Ben dealing with the loss of Monsignor Matthew Korecki. After Korecki’s death, his friend, Frank Ignatius, takes over the father’s responsibilities at the church. Ignatius quickly gets to work and assigns the assessors a new case to divert their minds from the tragedy. The trio investigates the house of Kristen’s new neighbor, who has complained about demonic activity in the house. However, the group’s assessment leads them to believe that the demons might be inside Kristen’s room. 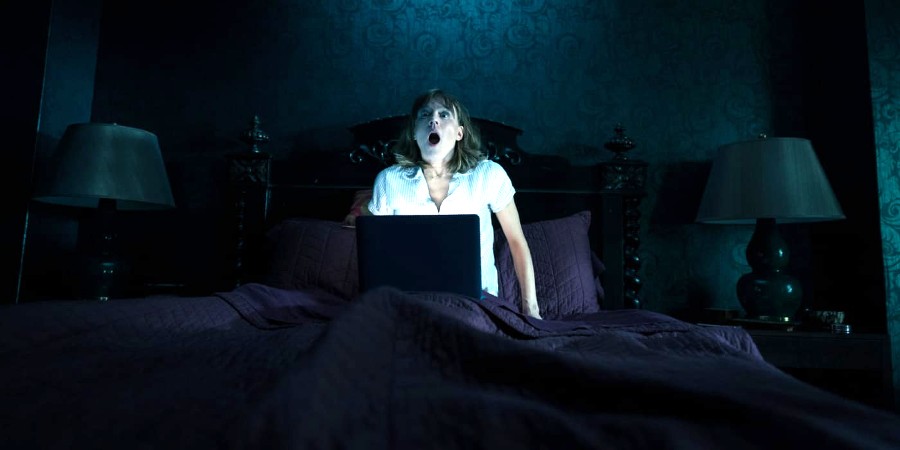 Leland and Sheryl push their plan for Andy in the final stage. Kristen and her daughters make a video call to Andy, only to receive the news of his possible death in an avalanche. However, Lexis and the girls are convinced that Leland is manipulating the events from behind the scenes. As a result, Sheryl calls Leland and informs him to avert their plan to kill Andy. Kristen grows concerned about Andy’s safety and prays to God. Meanwhile, David’s sex demon asks him to make a move on Kristen. However, David resists the temptation.

Eventually, Andy returns home, but his memory is flustered. Nonetheless, Kristen and the girls are happy to see him back. After Andy’s return, Kristen reexamines her belief in God and has a conversation with David. David takes Sister Andrea’s help to discover whether there are any demons in Kristen’s home. Sister Andrea kills several demons while some of them escape to the other part of the house. Meanwhile, Lynn contemplates becoming a nun and seeks advice from Sister Andrea. In the end, Kristen’s search for her unfertilized egg missing from RSM Fertility Clinic takes a new turn.

In the eighth episode of season 3, viewers learn that Kristen’s egg was given to a woman named Valerie through RSM Fertility Clinic. However, in the episode’s final moments, it is revealed that the baby was demonic and killed by Valerie’s husband. Kristen is traumatized by the incident but finds a way to move forward. However, in the finale, Kristen learns from her lawyer that the fetus’ autopsy revealed that the egg did not belong to Kristen. 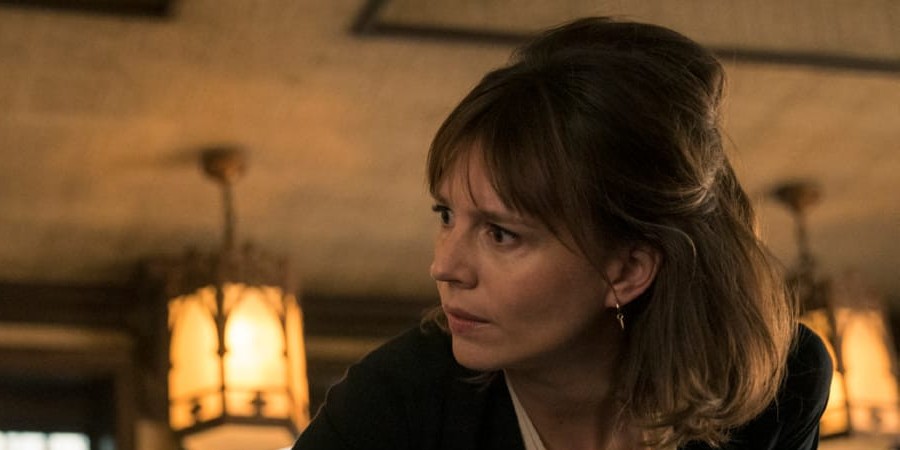 As a result, Kristen searches for her missing egg and arrives at DF, the company Sheryl works for. In the episode’s final moments, Kristen finally learns the truth about her egg. As Kristen waits in Sheryl’s office, a party is being organized by the employees. Soon, Kristen realizes that the party is for a pregnant woman. In another shocking twist, the woman turns out to be Leland’s wife.

Thus, it is evident that Kristen’s egg was fertilized using Leland’s sperm leading to the woman’s pregnancy. Whether Leland is only messing with Kristen or if Kristen’s egg was actually used to get the mysterious woman pregnant remains to be seen. However, the startling revelation is likely to destroy mental health.

What Is the Significance of Andy’s Vision?

Andy’s story takes an unexpected turn in the episode’s final moments. After being sidelined for most of the season, Andy returns home in the finale. However, he appears slightly changed. The reasons for these changes are hinted at in the episode’s ending. While Kristen searches for her egg, Andy is at home. A voice leads him to the under-construction portion of his house. In the place, Andy witnesses a group of demons surrounding a demon baby. 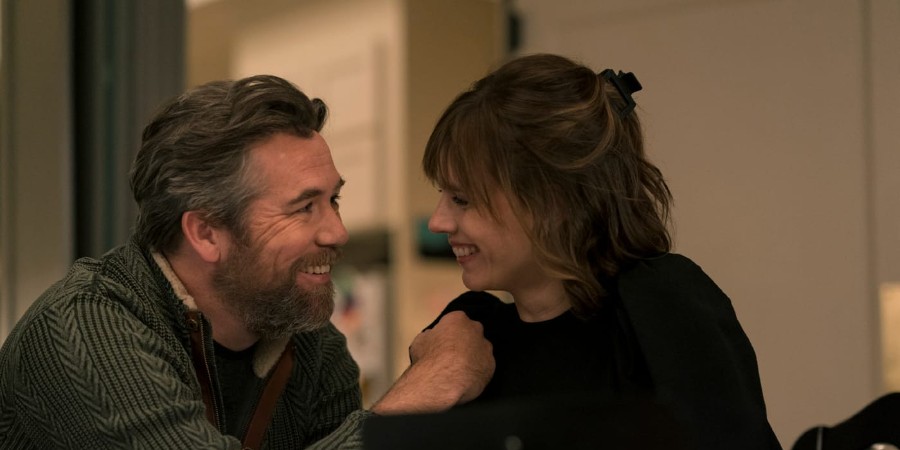 Dr. Kurt Boggs is also present, hinting that Leland is manipulating the events. The baby resembles the one Kristen witnessed in the eighth episode. Moreover, the scenes of Andy discovering the demon baby are juxtaposed against Kristen learning that Leland used her egg. Hence, it is all but confirmed that Andy witnessing the demons is a part of Leland’s plan. However, how Andy fits into Leland’s master plan remains to be seen. Nonetheless, it is evident that the Bouchard family will get caught in the eye of the storm when Leland’s plan starts wreaking havoc on the world. The demon baby could be essential to Leland’s plan and could signal a doomsday event waiting to happen.

What Is the Significance of David’s Vision?

While Kristen and Andy struggle with their sinister twists, David has a profound experience in the final moments of the episode. David overcomes the temptation of the sex demon after Sister Andrea advises him to focus on himself and avoid the monster. In the end, David is more conflicted about his faith than ever before, given his experiences with the Vatican’s Secret Service and Andy’s return. However, another surprise awaits David. In the closing moments, an angel appears to David. The angel warns David about a catastrophic event that is about to occur in the coming days. 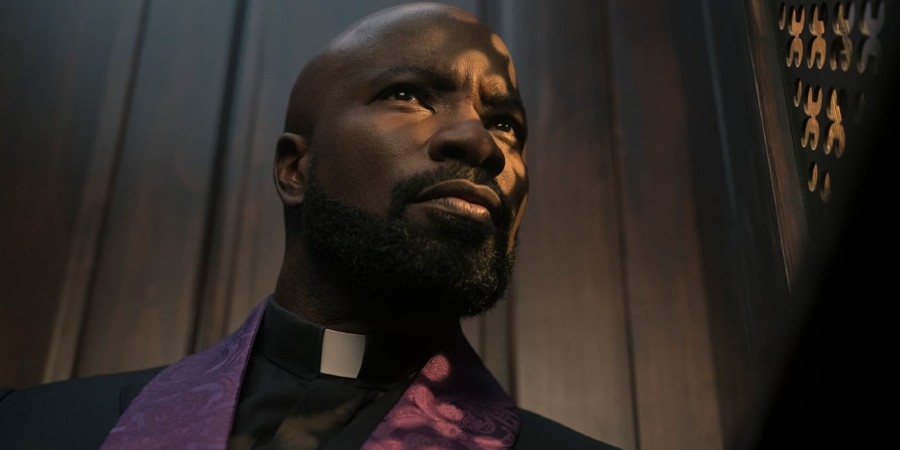 The angel is likely warning David about Leland’s plan. The angel is confirmed to be the Angel of the Beginning. Hence, it is evident that the baby demon viewers see in Andy’s home could be The Demon of the End. Thus, the season 3 finale ends by setting up a conflict between the forces of good and evil in the next installment. However, David must first come to terms with his own faith before he can fight in the impending conflict. Moreover, the true nature of the angel’s warning might also hold clues for David to defeat the forces of evil.