The True Story Behind Faith Under Fire, Explained 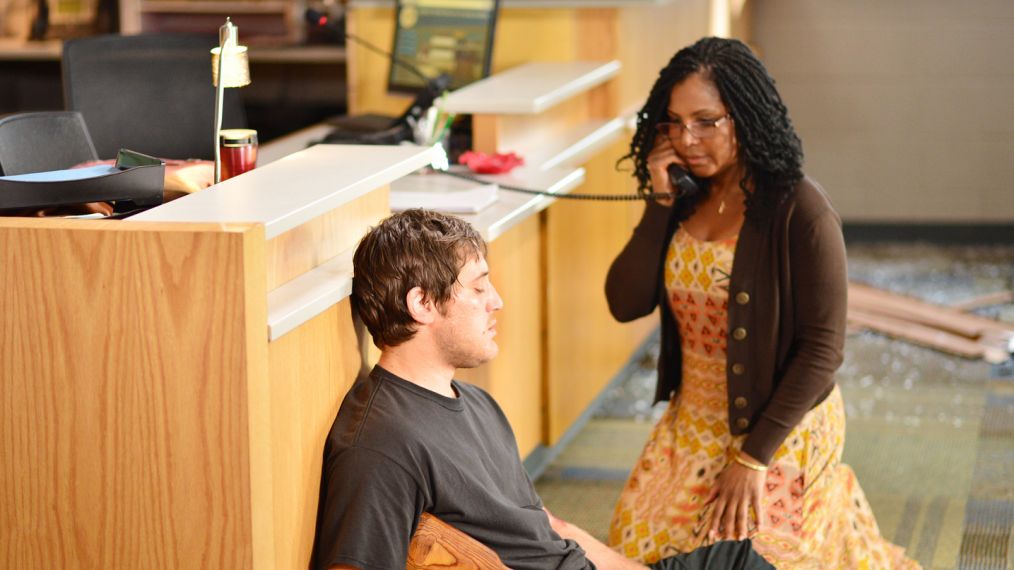 Lifetime’s ‘Faith Under Fire’ tells a story that is so fantastical that you might think it is fictional. Not all heroes wear capes. Some just save the day with nerves of steel and a degree of empathy that makes them human. The movie narrates Antoinette Tuff’s story.

Tuff ended up saving the lives of hundreds of people when she convinced a deranged gunman to not attack an elementary school. When the gunman entered the school, it went on lockdown, and this woman found herself facing a potential killer. Without losing her calm, Tuff talked to him in a matter of fact voice, while she was on the line with 911. Eventually, by narrating her personal hardships, she was able to talk him out of shooting anyone.

Naturally, she has been hailed as a hero. Now, you might be wondering whether ‘Faith Under Fire’ is based on a true story or not, and we have got you covered in that regard.

What is Faith Under Fire About?

‘Faith Under Fire’ tells the story of Antoinette Tuff, who talked Michael Hill out of shooting anyone at the elementary school. When Antoinette was face to face with Hill, she realized that he was carrying an AK-47-like gun, and had hundreds of rounds of ammo.

However, keeping her faith in God, Antoinette made it a point to tell Michael about her own personal hardships and how she was getting through life. This brought the shooter back to senses, ultimately averting a potentially deadly and disastrous situation.

Is Faith Under Fire Based on a True Story?

Yes, ‘Faith Under Fire’ is absolutely based on a true story. In 2013, the school where Antoinette was a bookkeeper, came under attack from Michael Hill, a deranged gunman. Tuff was a veteran of eight years in the DeKalb County school district at the time and was successful in talking Micahel out of wreaking more havoc, by telling him about her own hardships. She spoke about her divorce and her disabled son.

The incident took place at the Ronald E. McNair Discovery Learning Academy, where Tuff was working in the front office. There were more than 800 students and 100 employees in the school that day, and none of them were injured. The principal of the academy commented on the matter, saying, “Her name, Antoinette Tuff, says everything about her. Tough. She has always been that way from the first time I met her.”

Chris Voss, a former FBI hostage negotiator, also commented on the matter saying how Tuff’s voice did not portray herself as a victim, but rather she was direct. Her demeanor and matter-of-fact voice discouraged any predatory behavior, dissuading Hill from opening fire.

Therefore, while most school shootings end in tragedies, on August 20, 2013, Tuff was able to avoid one. She remained on a call with 911 while talking Michael out of his plan. In fact, her voice even calmed the dispatcher. According to CNN, a section of her call said, “It’s going to be all right, sweetie, I just want you to know I love you, though, OK? And I’m proud of you. That’s a good thing that you’re just giving up and don’t worry about it. We all go through something in life. No, you don’t want that. You going to be OK. I thought the same thing, you know, I tried to commit suicide last year after my husband left me. But look at me now. I’m still working and everything is OK.”

Tuff herself was apparently screaming inside and utterly terrified. She spoke about it, saying, “I didn’t even know I was calm until everybody kept saying that. And so what I did is I went back to listen to the 911 tape to see exactly what I was saying and how calm I was. And to be honest with you, I didn’t even recognize my own voice. And so I knew at that moment that it was God that guided me through that day.”

With that being said, ‘Faith Under Fire’ borrows the source material from Tuff’s own memoir, titled “Prepared for a Purpose: The Inspiring True Story of How One Woman Saved an Atlanta School Under Siege”. Published five months after the incident, Tuff took the opportunity to not just speak about the shooting, but also everything that came before it.

Reportedly, her son did not take the memoir or the Lifetime movie too well, because of how he was portrayed as being disabled, and somewhat burdening Tuff. In his opinion, it was detrimental to the sense of independence he was trying to carve for himself.

Not only is the story behind ‘Faith Under Fire’ true, but great pains have been taken to make the portrayal as authentic as possible. Toni Braxton, who plays the role of Tuff, went through a physical transformation, gaining 15 pounds to portray the protagonist accurately. She was also coached by Tuff about her mannerisms. Antoinette also hung back on set, telling Toni about the fateful day, and what was going through her mind, allowing the ‘Un-Break My Heart’ singer to tap into the role with an irreproachable degree of authenticity.

Where is Antoinette Tuff Now?

Antoinette Tuff was working at the front office of the elementary school when the shooter walked in. She was able to talk him out of doing anything. This incident turned the nation’s attention towards her. Her neighbors commented about how she was friendly yet private.

At the time of the incident, Tuff was 46 and had been separated from her husband in 2012, after 26 years of marriage. Their divorce was finalized that June and their son was 22 at the time. The incident profoundly changed Tuff, who became a motivational speaker.

She has her own website, and some of the popular topics discussed include, “Conversation in the Crosshairs: Workplace and School Violence,” “How to Disarm Your Toughest Customers and Employees,” and “PREPARED for a PURPOSE: School Under Siege.”

Tuff also has her own nonprofit, titled Kids on the Move for Success, Inc. The idea is to help underprivileged children find their foothold in the world. Currently, she remains an author, public speaker, and national expert. She is known for teaching her ‘Tuff tactics’, including compassion, control, and confidence.

She has been thanked by numerous people, from her local pastor to then-President Barack Obama, who said “Here’s somebody who’s not just … cool under pressure, but also had enough heart that somehow she could convince somebody that was really troubled that she cared about him.” Senator Johnny Isakson also recognized Tuff at the ‘It’s Time for Unity’ conference in 2019.

As for Tuff herself, she wishes that the takeaway from ‘Faith Under Fire’ is that people who hear the story decide to be kind to each other.