‘Fever Dream’ (also known as ‘Distancia de Rescate’) is an American-Chilean film directed by Claudia Llosa. The Spanish language thriller is based on Samanta Schweblin’s novel of the same name, and it is a pretty faithful adaptation of the source material. It tells the story of Amanda, who moves to a small town in rural Argentina along with her daughter, Nina, and discovers the eerie reality of the town through her friendship with her neighbor, Carola.

Like the novel, the film also has a perplexing ending that forces the audience to question their outlook on environmental pollution and spirituality. It also underlines some harsh truths of parenting. Thus, like Amanda, the viewers might miss the crucial details of this uncomfortable and chilling tale. Allow us to be your David and guide you through the film’s events. Here’s everything you need to know about the ending of ‘Fever Dream.’ SPOILERS AHEAD!

‘Fever Dream’ opens with Amanda conversing with a child named David. He guides her through the events of the last few weeks and wants to show Amanda something important as it is evident that the woman is unwell. The story then moves forward and backward in a predefined timeline from Amanda and her daughter’s arrival in the town till Amanda eventually finds herself in the hospital due to an inexplicable event.

Amanda first meets her neighbor Carola on her first day in a small town where she has moved to with her daughter Nina following her husband’s transfer. However, her husband is due to arrive later. Amanda and Carola become friends and spend time together.

Carola tells Amanda about her son, David, who got poisoned at the age of 3. With no immediate medical help available, she took him to a spiritual healer who lives in a place called the Green House. The old woman splits David’s soul into two halves to help him survive. David lives, but something entirely else has replaced the other half of his soul. Carola believes that David has turned into a monster. All the while, half of Amanda’s attention lies on Nina’s safety.

In flashbacks, we learn that Amanda bonds with David, and Nina also enjoys playing with him. Amanda and Carola have an argument about Carola viewing David as a monster. However, Amanda becomes paranoid about Nina’s safety after waking up to find David in her house late at night. Amanda promptly leaves the town with Nina but realizes she cannot go without apologizing to Carola. Amanda’s decision ends up jeopardizing her and Nina’s lives.

Fever Dream Ending: What Was David Trying to Show Amanda?

As the film progresses, David reprimands Amanda as she is constantly missing the details. He reveals that they have already been through the story multiple times, and she is failing to see the real picture. Eventually, Amanda is able to piece together the events. We see that when Amanda goes to visit Carola at the farm that she works on, she and Nina end up consuming water contaminated by pesticides. 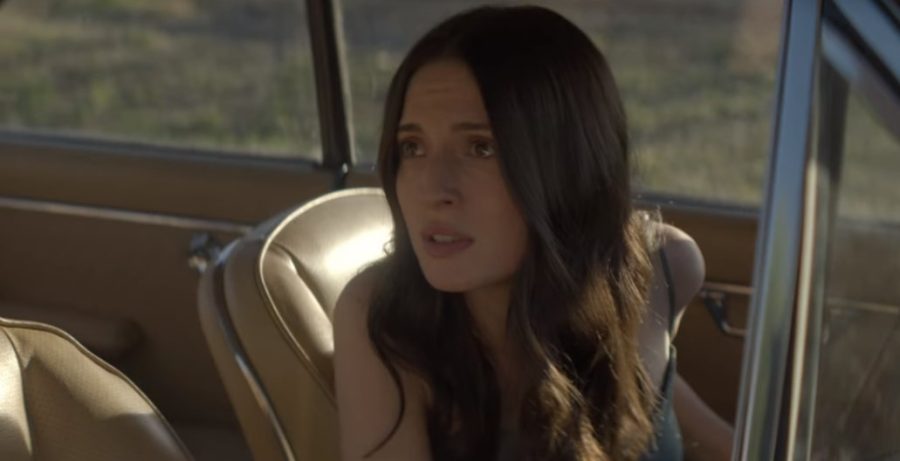 Amanda tries to drive herself and Nina outside the town but sees deformed children and ends up collapsing on the road. She is later taken to the hospital. Her conversations with David are likely a hallucination (an effect of the “fever dream” she is experiencing from the pesticide poisoning). Amanda, David, Nina, and the countless children of the town are the victims of the environmental negligence of the farm owners, and the pesticides have actually poisoned the town’s water sources.

However, when David asks Amanda what she sees, she says she sees the thread. It is a call back to an earlier moment where Amanda explains that she feels a thread ties her to Nina. It is reflective of her constant anxiety about Nina’s safety. Yet Amanda is unable to sense the danger that constantly looms around her daughter. Thus, the film comments on the impending doom that the future generation faces due to lack of environmental conservation and blatant abuse of nature.

In the end, despite Amanda piecing together everything, David insists that they must start from the beginning as there is still one more thing Amanda needs to see. However, it is never quite explained what this thing is. It is implied that David is trying to open Amanda’s eyes to the threat these chemical pesticides pose to our future generation. This threat is constant and unwavering, and Amanda is only fixated on finding the exact moment where things go wrong.

Her conversation with David is all a psychological game going on inside Amanda’s head. It can be interpreted as a mother’s reluctance to let go of her daughter even as she lies on the death bed. Meanwhile, David represents the social responsibility that we hold as humans. Therefore, the conversation can be seen as a moral tussle between a woman’s social responsibility and her motherly instincts. David leaving the important thing unexplained is perhaps an intentional metaphor for the viewer’s obliviousness towards environmental damage. It is an artistic way of saying, “We are all missing the point!” with respect to our responsibility towards nature.

Is Amanda Dead? What Happens to Nina?

Yes, Amanda is dead. After she leaves the hospital, she is found by David on a farm. She insists he takes her to the Green House. Carola has taken Nina to the Green House to cure her like David by splitting her soul. As David takes Amanda in a boat, she dies from the poisoning. Her death is confirmed by her husband Marco, who arrives at Carola’s doorsteps. However, he finds that Carola has left the town and meets her husband, Omar. Marco explains that Nina has been acting weird, thus confirming that she went through a similar spiritual experience as David.

The final scene makes Nina’s fate particularly confusing. As Marco is about to leave, he finds David sitting in his car’s backseat holding Nina’s favorite soft toy. However, Omar forcibly removes David from the vehicle. David’s peculiar behavior leads viewers to believe that half of Nina’s soul now resides within David. It can also be interpreted as a way of depicting the shared trauma of the kids. The splitting of the soul can be seen as a metaphor for the effects pesticides have on children.

Is David Evil? Where Is the Other Half of His Soul?

In the entire movie, David is the source of the underlying uncomfortable feeling that the viewers experience. His true nature is never explained. David’s mother believes that he is a monster. While he is undoubtedly a weird kid, he is in no way threatening or a danger. In fact, he tries to help Amanda on a few occasions. David’s behavior is attributed to the splitting of his soul that ensured his survival after the poisoning. However, that appears to be untrue.

David’s changed behavior is due to the effects of the poison and his mother’s neglect of him. Therefore, it is never explicitly explained what happened to the other half of his soul. The story, despite the non-linear narrative, mostly takes place in Amanda’s mind. The narrative’s environmental themes also make it a far stretch for the supernatural elements to be anything more than framing devices. Thus, the above theory of half of Nina’s soul residing in David’s body is also discredited. All things said, we firmly believe that David’s state is due to his exposure to the pesticide-infused water and not due to any supernatural interference.