Frog on ‘The Masked Singer’: Clues and Guesses 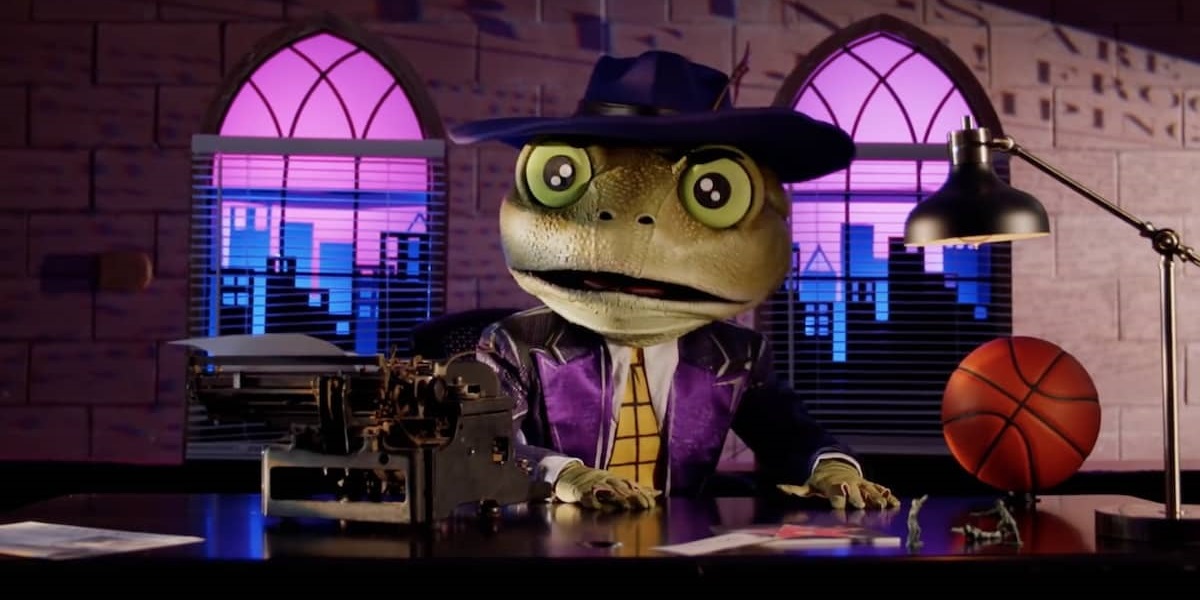 Performers on ‘The Masked Singer‘ are looking to amaze us regularly, and nobody entertains better than Frog. He has been one of the finest acts in Season 3. Frog is a triple threat with his ability to rap, dance, and captivate judges as well as viewers. He’s had no problems in the group stages, and his Super Nine performance was just as good. With the Smackdowns approaching, you might be curious about who Frog is. We have got you covered with all the clues and guesses.

The Super Nine clue package starts with the performer confirming that they love being the Frog. It seems the performer lost the passion for performing over the years. However, ‘The Masked Singer’ stage has reinvigorated that in him. As a masked performer, Frog does not need to worry about his real image. Thus, he feels freer and can do what he wants to do.

Frog says he can be the same person on stage as he is at home with his family. As a smart performer, Frog realizes he is not the most influential vocal talent in Season 3. Therefore, he channels something extra to make his performances entertaining. Frog appears to take power naps before performances so that his legs don’t tire out. The Super Nine clue is a knight. Frog describes it as a ‘shiny’ clue and tells viewers that we are being served a ‘good one.’ He also addresses Ken Jeong, saying the panelist’s wrong about Frog.

He performs ‘Jump’ by Kriss Kross. After the performance, he states that despite appearances, he has no professional training in dancing. Check out the clue package below.

We’ve maintained that Bow Wow is Frog, and the Super Nine clues only prove how right this deduction is. The knight that is shown is a reference to Bow Wow’s role in ‘Like Mike’, where he plays for a fictional basketball team called the Knights.

Moreover, Frog comes from Group B, and we know all participants there have been interviewed by Oprah. Bow Wow did appear on ‘The Oprah Winfrey Show’ when he was younger. The mention of not knowing professional dancing also ties in. As far as we can gather, Bow Wow is not professionally trained as a dancer, but he’s got some moves.

Previous clue packages have all hinted at Bow Wow being Frog. For example, the bracelet he gave to T-Pain reads that “all we do is win.” It refers to a song Bow Wow did with T-Pain, where a line goes, “And they get mad when you win ’cause that’s when they lose.” Similarly, the first two clue packages have made repeated references to Bow Wow’s albums. One of the hints also points to his role in ‘Entourage.’

We see a 1996 Olympics poster when the Frog is first introduced. It refers to the Olympics being held at Atlanta, which is where Bow Wow resides presently. Some of the clues don’t quite line up, like the comb and shampoo we have seen. Fans believe this refers to a viral hairstyling video with Bow Wow’s daughter or the failed deal with Micael Vick’s Wave Masterz hair product line. You can check out a fan’s tweet below, where they have correctly interpreted the clue about the knight.

Bow wow is definitely the frog. In Like Mike the team he played for were called the knights. #TheMaskedSinger pic.twitter.com/czPOIj7Nrc

For now, the rapper seems to be the best guess when it comes to Frog’s identity. However, we are sure that Frog will remain in the competition for some time. It will allow us the chance to analyze more clues and state with a degree of certainty whether Bow Wow is indeed behind the Frog mask.