When is Fruits Basket Season 2 Coming Out?

I’m generally not much into the shoujo genre but then when you think about it, pretty much every slice-of-life anime comes under that genre in one way or the other. Being a guy, I really enjoy action-packed shounen anime shows and I’ve spent a huge chunk of my childhood on these. However, everything depends on my mood. From time to time, I really love watching something that is lighthearted and in the end, teaches you a lesson or two about life. And that’s probably the reason why I decided to watch ‘Fruits Basket‘. What I’ve learnt is that though it does belong to a particular genre, it would be unfair to say that ‘Fruits Basket’ is only confined to the preferences of a certain demographic because it has so much more than that going on.

There’s a lot you can love about ‘Fruits Basket’. It does a great job with establishing its characters right from the beginning through their smoothly paced interactions. The story starts off on a very simple tone and if I had to choose one aspect of it that dominates all others, I wouldn’t be able to do it because it’s the storyline, as a whole, makes it really special and engaging. The characters of a slice-of-life anime can either make or break the entire show because in most cases, the entire narrative of the anime solely depends on them. ‘Fruits Basket’ initially portrays characters that are very typical to the commonly used archetypes of Shoujo but soon, these characters start breaking these archetypes as their personalities transform and in the end, they turn out to be fully fleshed out characters.

Considering the fact that ‘Fruits Basket’ was released in the early 2000s, the visuals of the show are actually pretty good. The animation style may be a little outdated, but overall, it still is one of the better-looking anime in the Shoujo genre. Even the character designs have been drawn distinctively and none of them seem to have any similar prominent features. The sweet and soft soundtracks blend in perfectly with the tone of the show. Even the ending theme by Ritsuko Okazaki is quite memorable and actually proves to be better than the opening theme. If you’re the kind of person who hesitates before watching the English Dub of anime, then I can certainly feel your pain. This may not be a big deal for many, but the English Dub (Funimation version) of ‘Fruits Basket’ is actually quite impressive.

Overall, ‘Fruits Basket’ is an anime that has the potential of taking you on a journey of emotions where you’ll laugh and then feel really sad; you’ll cry and then you’ll end up feeling really happy about another thing: it offers a very well-written storyline with some remarkable characters and catchy soundtracks. The only downfall of the anime is its abrupt ending that concludes the entire show but at the same time leaves a lot of questions unanswered. But in the end, all other positives of the show do manage to make up for this one negative. ‘Fruits Basket’ is a slice-of-life anime that no anime lover should be missing out on. Even for those who are new to the whole anime world, ‘Fruits Basket’ will prove to be a great experience.

Fruits Basket Season 2 Release Date: When will it premiere?

‘Fruits Basket’ season 1 released on July 5, 2001 and with a total of 26 episodes, it came to an end on December 27, 2001. Since then, every anime fan has been wondering when the new season of the show will come out. Most famous anime shows only remain popular for a few years and then fans soon start forgetting about them. But that’s not the case with ‘Fruits Basket’ and even to this day, discussions about the possibilities of a new version of the anime keep sprouting up on many different anime forums.

However, despite its immense popularity, it remained a one season wonder. But all of it soon changed after a new reboot of the anime was announced in 2018. ‘Fruits Basket’ reboot, which surprisingly performed much better than the original, premiered on April 6, 2019 and came to an end on September 21, 2019.

The good news for the fans is that the 25th and final episode of the first season ended with an announcement that its second season will debut in 2020. The official website revealed two additional cast members: Kakeru Manabe: Takuya Eguchi (Nijiiro Days) and Machi Kuragi: Ai Kakuma (Katsute Kami Datta Kemono-tachi e). So, yes, ‘Fruits Basket’ season 2 will come out sometime in 2020.

The English Dub of ‘Fruits Basket’ Season 1 is available on Funimation, Crunchyroll, and Hulu.

‘Fruits Basket’ centers around a 16-year-old girl named Tooru who, after the death of her mother in a tragic accident, is forced to move to her grandfather’s home. But upon arriving there, she comes to know that her granfather’s house is being renovated and it will not be possible for her to stay with him. She claims that she will find a different place to stay but when she thinks about it, her fear of being judged stops her from asking for help from other family members or friends. This is when she decides to secretly live in a tent somewhere in the forest.

One day, after she returns to her tent from work, she finds it buried deep in the ruins of a huge landslide. That’s when a very popular kid from school named Yuki Souma, along with his brother, stumbles into Tooru’s situation and decides to take her home with him. Hesitant at first, she eventually gives in to their requests and decides to stay with them till her grandfather is done renovating his home.

Everything finally seems to be working out fine for her, but that’s when she arrives at their home and discovers a big secret that no one else knows about them. If Souma ever hugs anyone from the opposite gender, that person will magically transform into an animal from the zodiac. As funny as it may sound, this curse actually holds a very dark history. Soon, Tooru starts meeting all the members or, should I say, victims of the zodiac family. Tooru has been kind enough to accept the boy’s invitation but is she ready to digest all the secrets that lie behind the doors of Souma’s household? 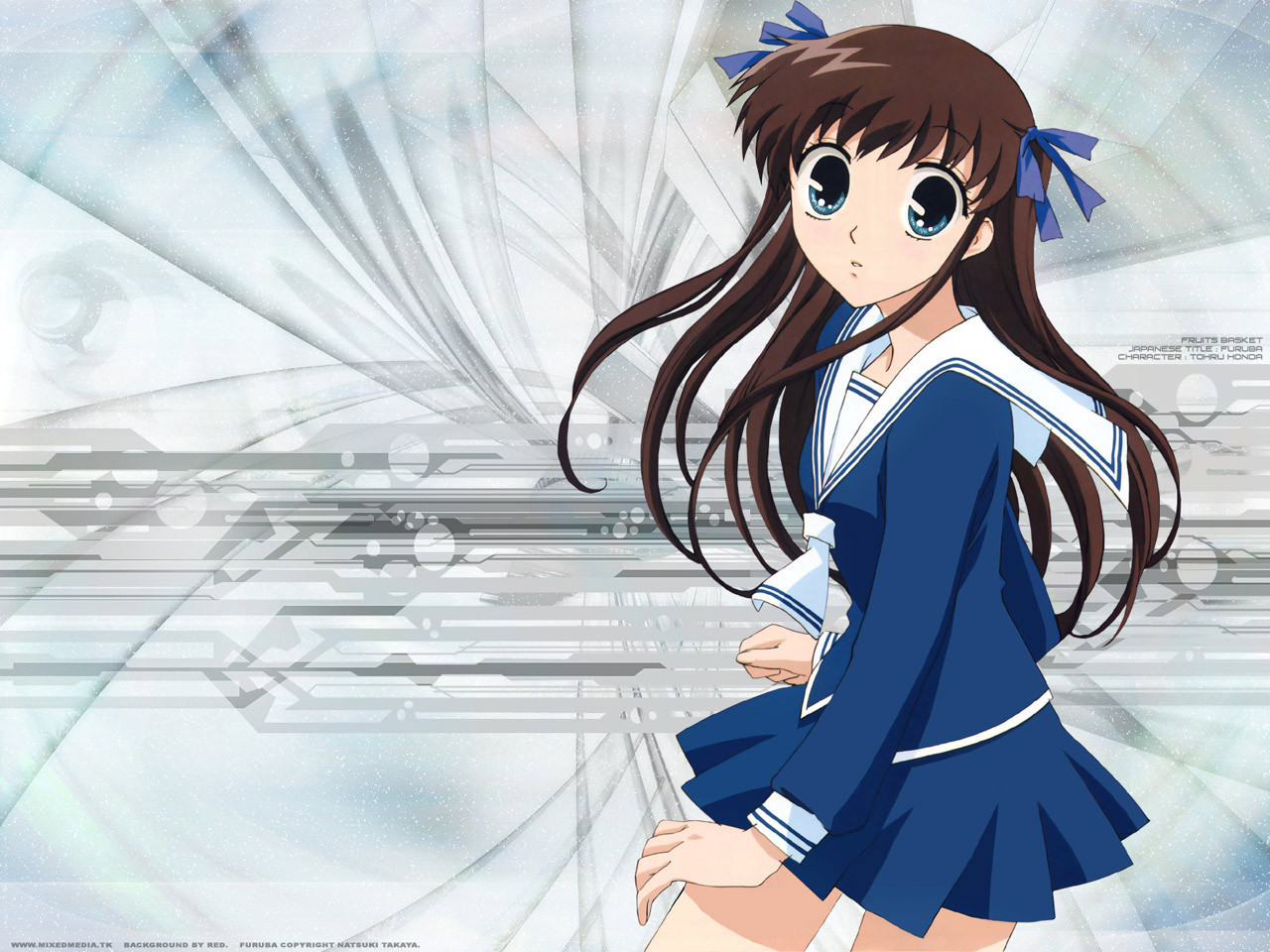 Tooru Honda, also spelled as Tohru Honda, is the main protagonist of the series. She is the only daughter of her mom and dad. She is a slim cute-looking young girl who has straight long brown hair. She keeps an eyebrow length fringe and ties two strands of hair on the opposite sides of her head with a blue ribbon. Tooru is a very cheerful and upbeat girl who always stays optimistic about her future. She really loves everyone who is close to her and is always willing to do anything for them. After her mother’s death, she is often seen talking to a picture of her, which in the long run, helps her to heal from the trauma that was caused by the whole incident. As the show proceeds, Tooru starts becoming weaker on the inside and the whole situation with the Souma’s curse begins to embitter her. All those who know her well realize that she is just pretending to be strong on the outside and that inside, she’s struggling to remain hopeful. 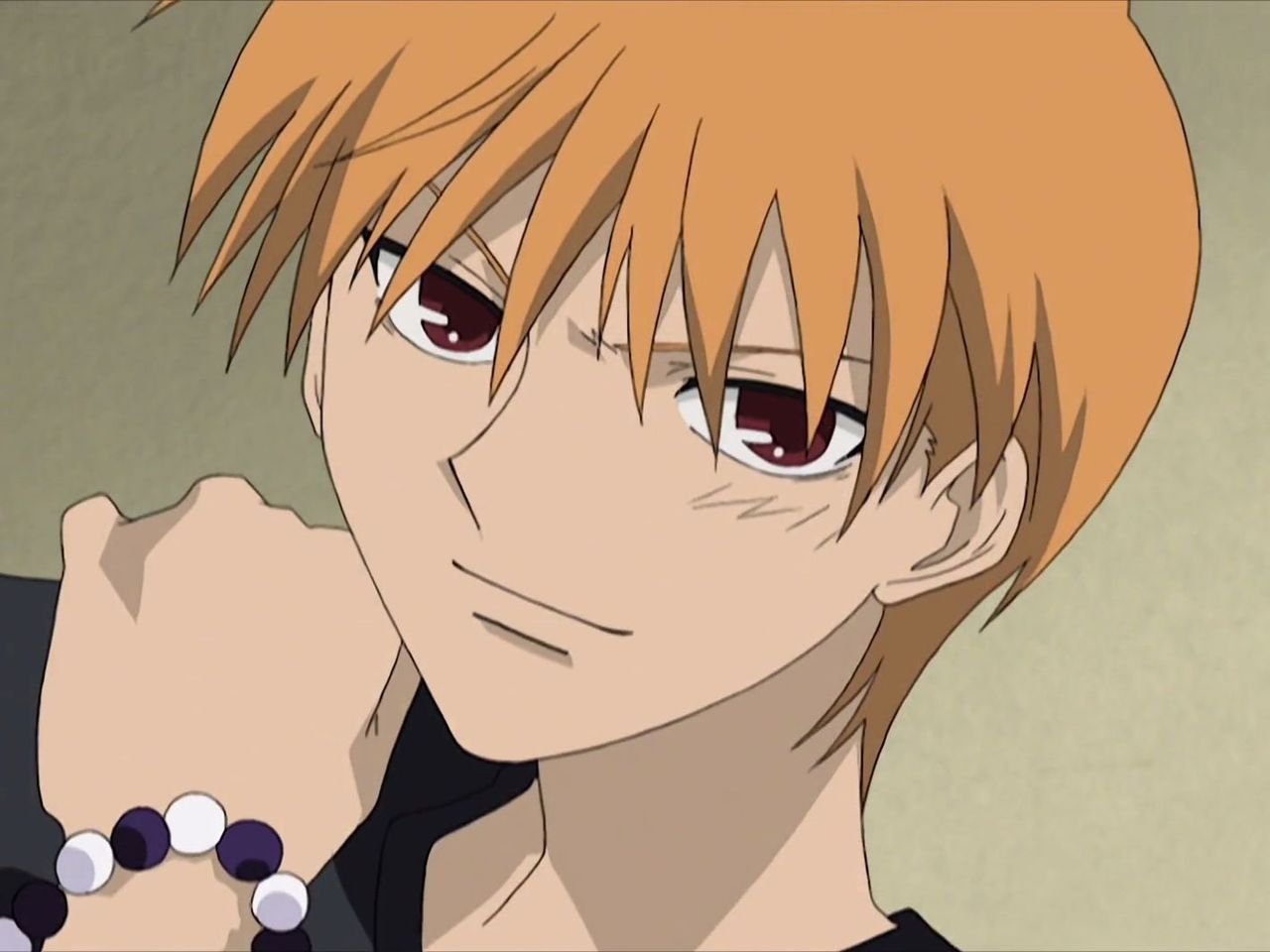 Kyou Souma, also spelled as Kyo Sohma, is another protagonist of the show, who is cursed by the spirit of the Cat of the Chinese Zodiac. Every time he is hugged by someone of the opposite gender, he turns into a cat and also, sometimes, when he is extremely stressed out about something, he again transforms into his Chinese Zodiac animal. Kyo sports orange colored hair with long bangs that cover his red piercing eyes. As the story proceeds, he gets really buffed and after the end of the summer vacation, he appears to be much bigger than Tooru.

Nature wise, he is very short-tempered and rude. He does not think twice about the feelings of the person in front of him before passing judgment. He is a little insecure about himself because of his curse and due to this, he gets embarrassed very easily. He later starts falling for Tooru and becomes extremely overprotective about her. 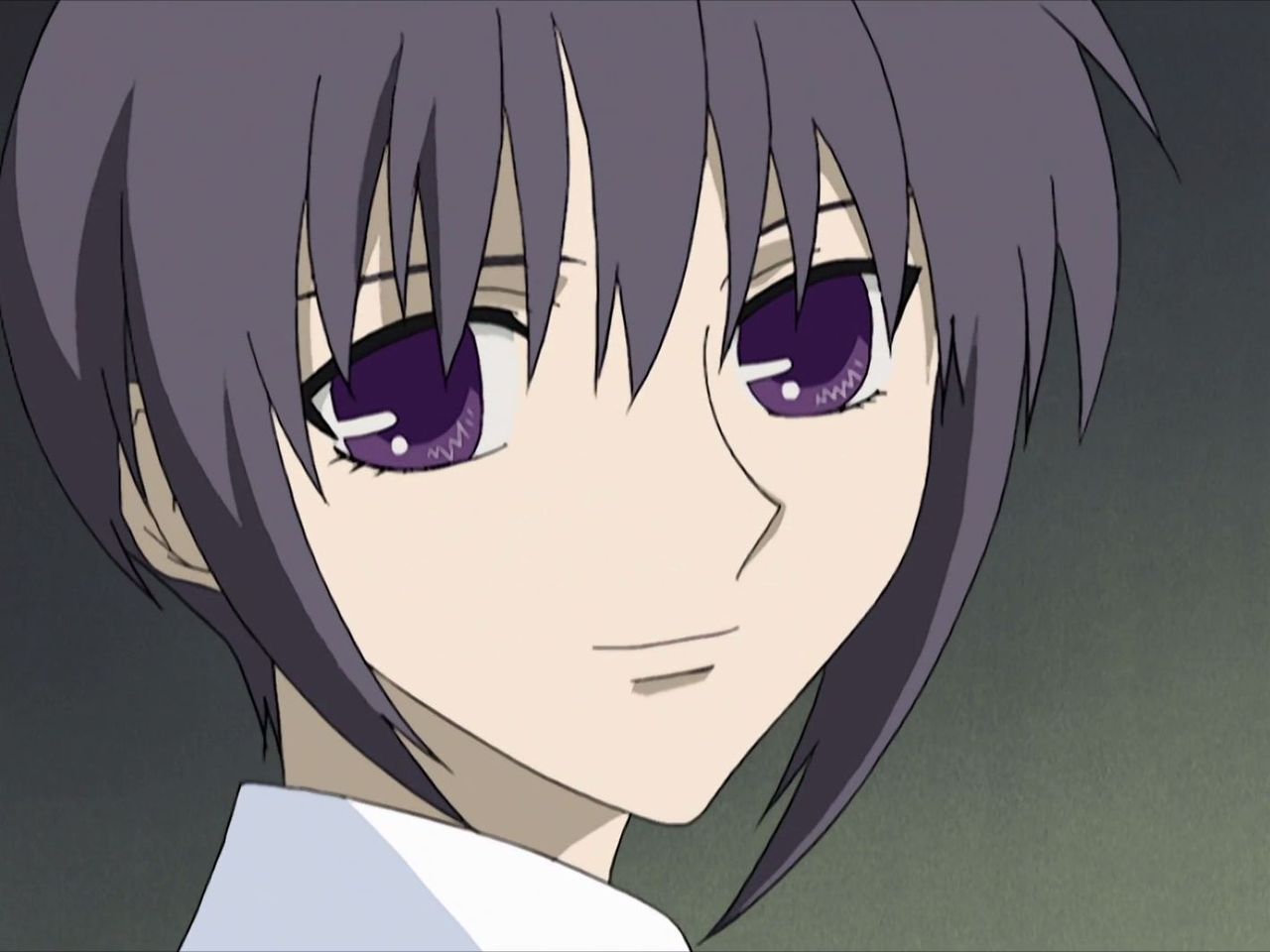 Yuki Souma, also written as Yuki Sohma, is another protagonist of the story who has been cursed by the Chinese Zodiac. His Zodiac animal is a rat which makes him really insecure. He even hates his feminine features and constantly feels insignificant in school. But the other students actually find him really charming and have also labeled him as “Prince Yuki”. Yuki rarely gets mad at anyone and he remains calm during most situations. Even when he talks, he has a very polite and formal tone. He hates the fact that despite his popularity in school, he must avoid any kind of intimacy with the girls around him because it only takes one hug from the opposite gender to turn him into a rat.