12 Games You Must Play if You Love Episode 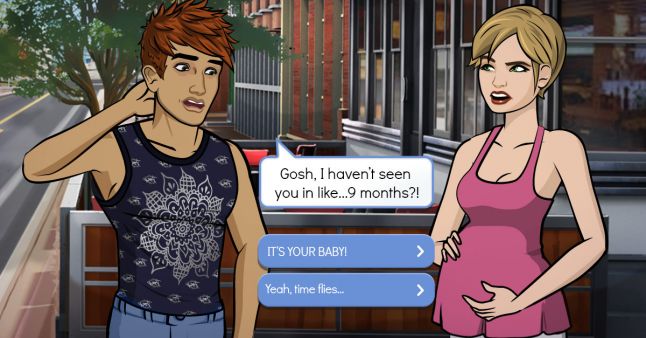 Episode is an interactive role-playing game that presents hypothetical situations to you, and you need to make decisions that affect the story. The mobile-exclusive game is extremely popular and has been downloaded millions of times. The RPG also lets you write your own stories which is a fun take on the genre and not usually seen in other titles. There are players who have written their own stories and have received millions of views in-game and you can be part of the community as well if you like such simple and fun storytelling experiences. If you are looking for similar games that offer interactive stories, then you’ve come to the right place. Here is the list of video games similar to ‘Episode’ that are our recommendations. You can play these games like ‘Episode’ on PS4, Xbox One, Xbox 360, PC, iPhone, Android, mac or even online. 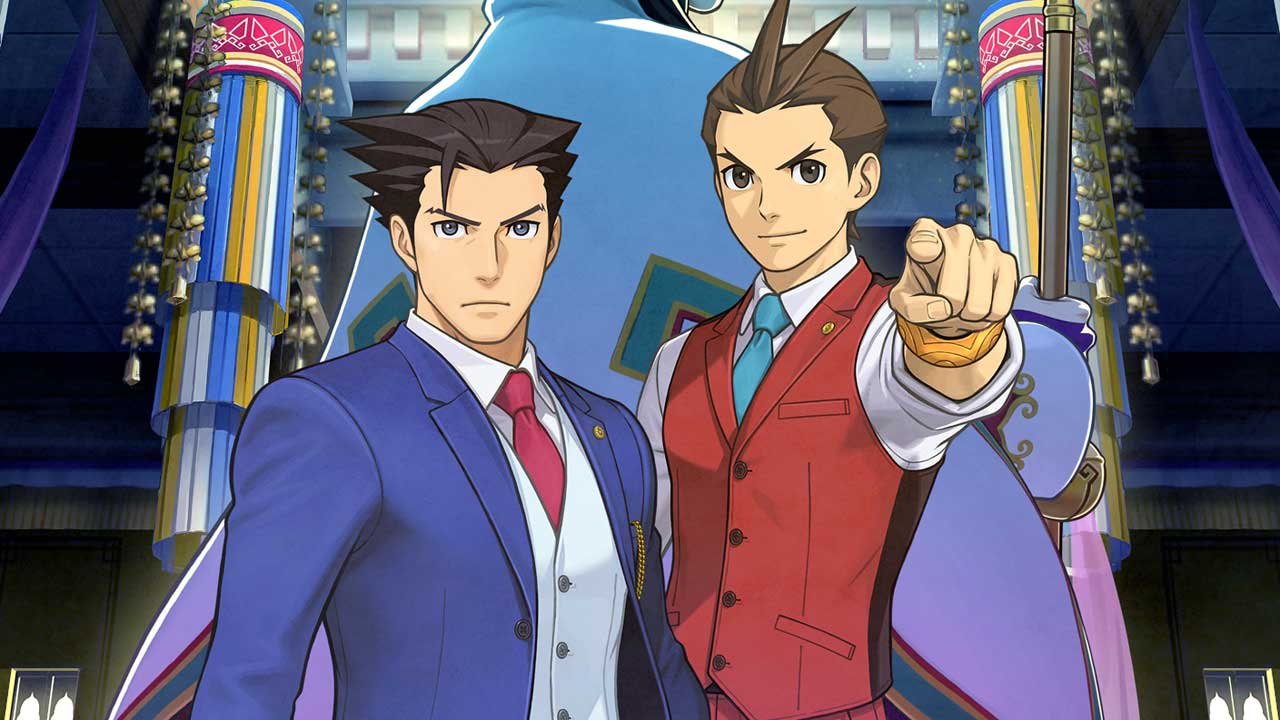 Ace Attorney games are not pure visual novels, and they involve puzzle solving as well. If you love detective stories, Ace Attorney is the perfect game to bring out the Sherlock Holmes in you. Spirit of Justice is one of the best games in the series, and we chose it over other titles from the series just because of the story. While the stories players get to explore in Episode are very casual, Spirit of Justice has a lot more depth to it. As a detective-adventure game, Spirit of Justice is definitely a game that tells a compelling story with elements of political unrest. The 3DS title is a reflection of the legal system itself; there are plenty of intriguing cases to explore. All of the cases that you get to solve in-game lead up to a dramatic conclusion that sets Spirit of Justice apart from other Ace Attorney games. You have to go through evidence and the testimonies of witnesses to crack cases and the feeling when you finally crack a case after brainstorming for several minutes is great. 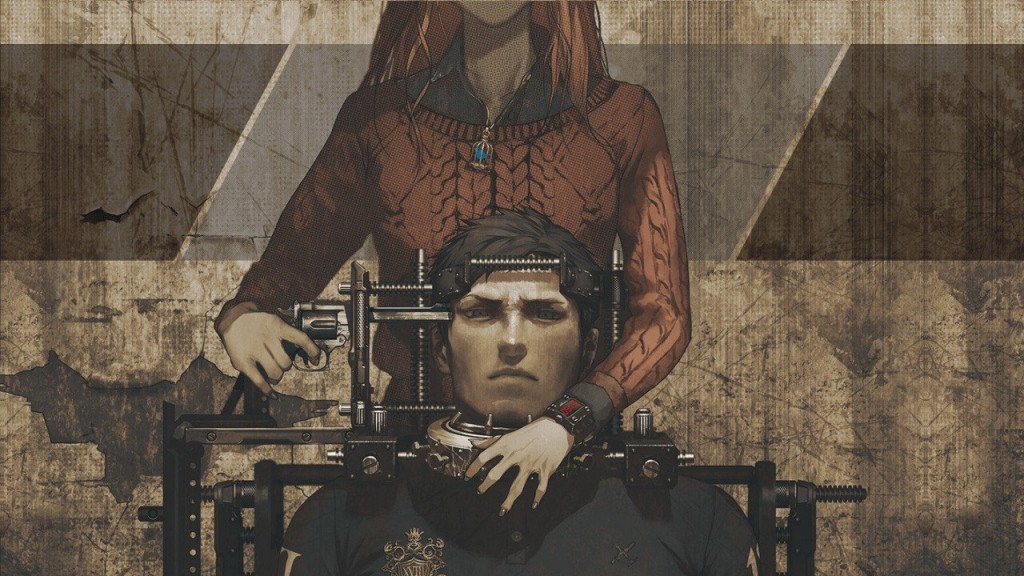 Zero Time Dilemma is one of the greatest visual novels of this generation, and it is the final chapter of the Zero Time trilogy. If this is your first time with the Zero Time franchise, we strongly recommend playing Nine Hours, Nine Persons, Nine Doors and Virtue’s Last Reward before starting with Zero Time Dilemma. With over 25 hours of storytelling to explore, Zero Time Dilemma addresses a number of unanswered questions in the first two titles. There is a lot of puzzle solving involved, and if you want to be the winner of the hideous game, you must outsmart and outlive the other contestants. The premise of the game is nothing groundbreaking has all of the usual survival elements in it. The best thing about Zero Time Dilemma is that the experience is non-linear and your choices affect how the story progresses. 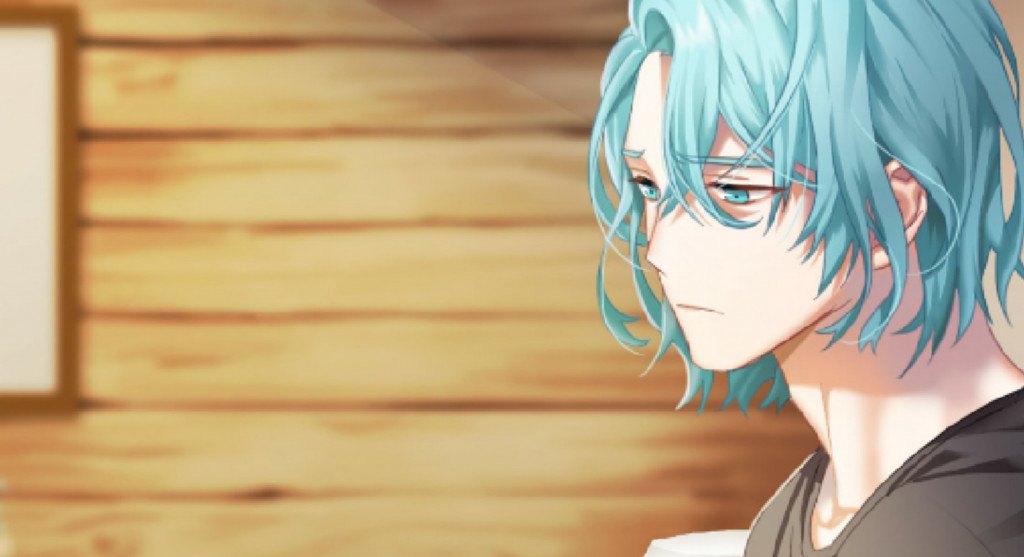 Mystic Messenger is a dating sim game for Android and iOS that shares a number of elements with Episode. You can play as a fundraising party planner and have healthy relationships by connecting with them using a Tinder-like app in-game. The characters are very well written, and there is a lot of story content to explore. Episode can have some awkward moments since the stories are written by fans which make room for sad or creepy content. Mystic Messenger does not suffer from that problem as all of the stories are by writers assigned by Cheritz, and they really manage to push quality narratives instead of being superficial. 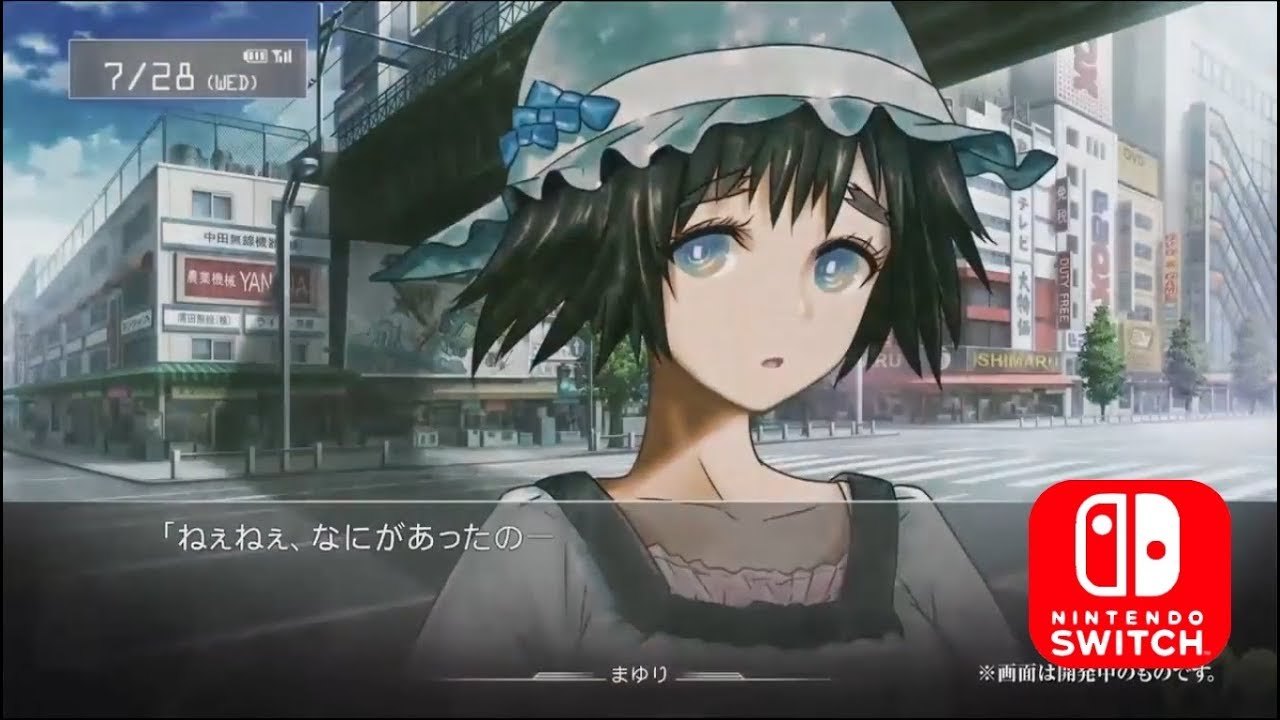 Steins; Gate Elite is a title that is strictly meant for fans of the anime or the original visual novel only. The game is not very accommodating for newcomers to the franchise, and if you have not seen the original Steins; Gate series, we strongly recommend checking it out. Similar to Episode, there is no “real” gameplay on offer here as you are a silent observer who is engaged in conversation. You get to play as the paranoid scientist Rintaro Okabe who built a microwave capable of sending messages to the past! Beneath all the funny moments and sci-fi tropes, Steins; Gate Elite is a brilliant tale that lasts over 30 hours long and not a single moment feels dull. The title also offers a ton of replayability with branching storylines and alternate endings. Steins; Gate Linear Bounded Phenogram is also available with Steins; Gate Elite that has ten additional stories which adds dozens of hours of gameplay. 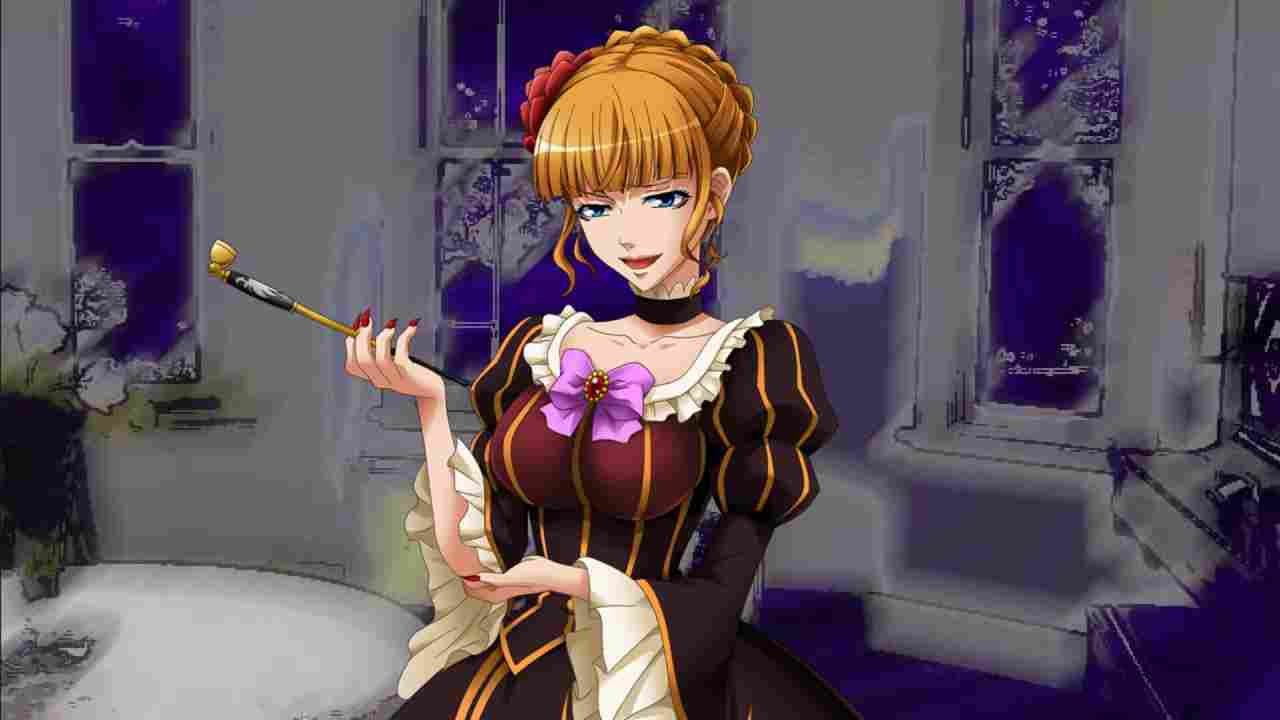 Umineko When They Cry is one of the most popular Japanese visual novels ever made, and the releases are divided into multiple arcs. The first title in the series sold out in a staggering 30 minutes in 2007 which is unheard of when it comes to visual novels. Umineko is a murder tale that is set in a desolate island, and each arc focuses on one of the 18 trapped individuals on the island. While the story and graphics hold up quite well, despite the title being more than a decade old, the text mechanics can feel a little dated. There are no customization options available, and you will have to stick to the default theme that the game throws at you. The game not only focuses on mystery and murder but also on the internal struggles that members of the Ushiromiya family are facing. You should start with the Question Arc first and move on to the Answer Arc, which patches loose ends created by the initial chapters. 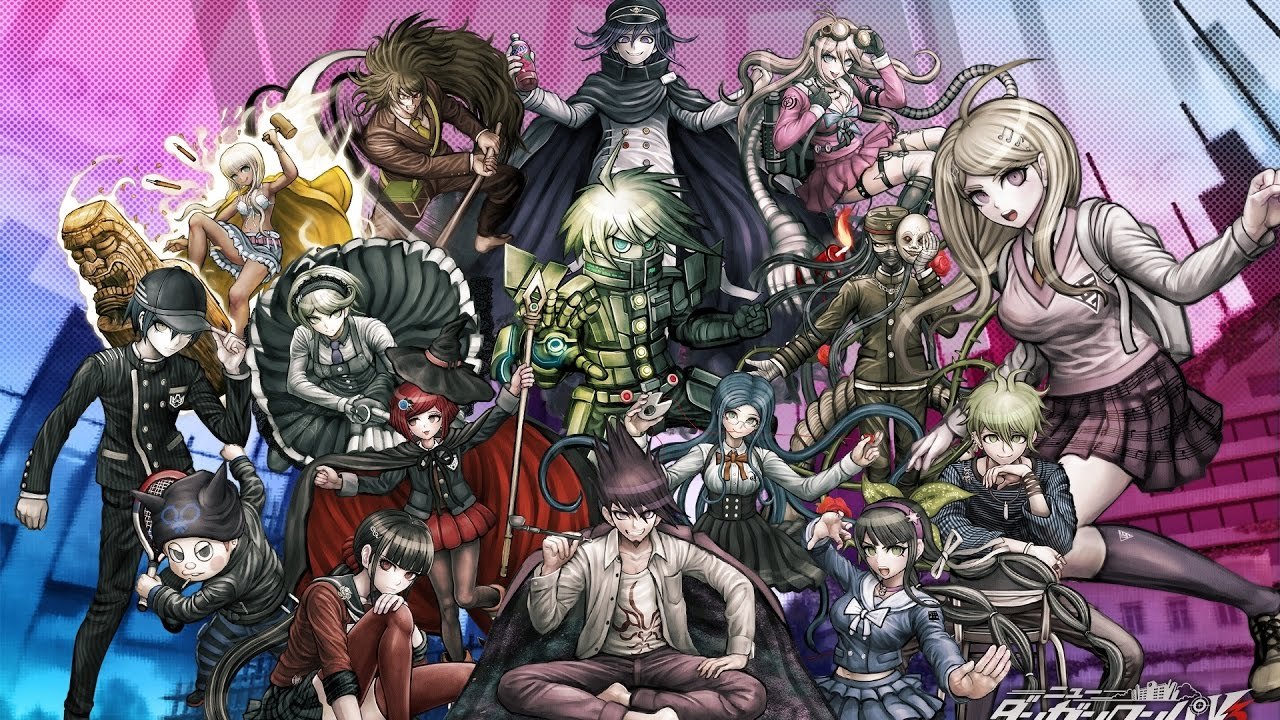 While Episode can feel a little superficial and the stories are too short to have, an emotional connect with any of the characters. Danganronpa V3 takes you through the highs and lows of each character with its stunning story. Danganronpa 1 released in 2010 and it quickly became a critically acclaimed visual novel with characters we have grown to love over the past nine years. The third visual novel in the franchise has more plot twists than you would ever imagine and they come in the most unexpected of times.

The game does have some moments of slow pacing, but they do not last long enough to take away from the gameplay experience. Unlike other visual novels that focus only on conversations, there are puzzle levels known as trials that you need to clear if you want to progress. The trials in the first two games were far more difficult than what’s on offer in the third installment of the franchise. The twisted story and the brilliant visuals have vibes similar to that of Persona 5, but Danganronpa is far more sinister. Kazutaka Kodaka who is the creator and director of the Danganronpa series is on a long break, and it is unlikely that we will be seeing a new game anytime in the next few years. 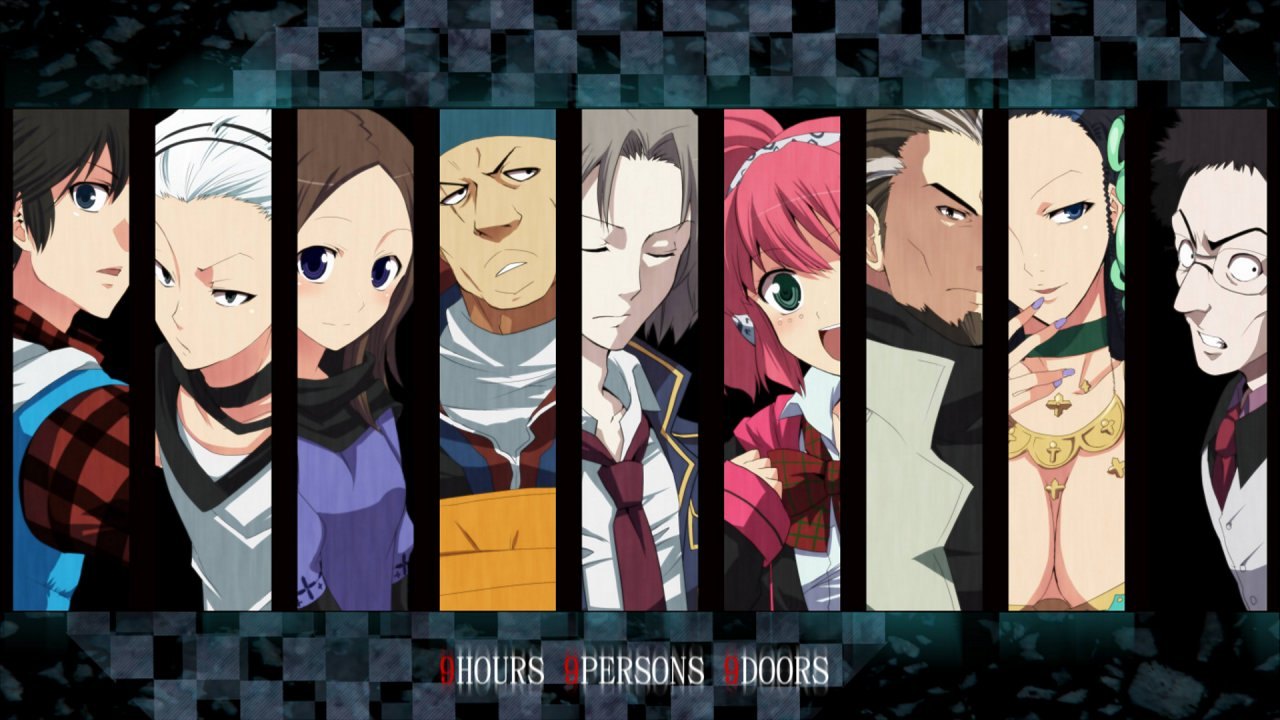 Originally released for Nintendo DS, Nine Hours, Nine Persons, Nine Doors quickly became one of the most popular titles on the platform and even earned its spot in several best games of all-time lists. Also known as 999, the visual novel’s popularity encouraged the developers to port the game for other platforms including PS4, PS Vita, iOS and PC. The maddening plot of 999 will make you go crazy if you don’t pay enough attention during your playthrough. There are multiple endings to the same story depending on your choices, and you will definitely want to replay the game after clearing the game. 999 takes just 10 hours to complete compared to 30-50 hours you would expect to put into other titles which makes this perfect for players who don’t have enough time to invest. If you are unable to find 999 in your region, try searching for “Zero Escape: The Nonary Games” which includes a remaster of 999 as well as Virtue’s Last Reward in one bundle. 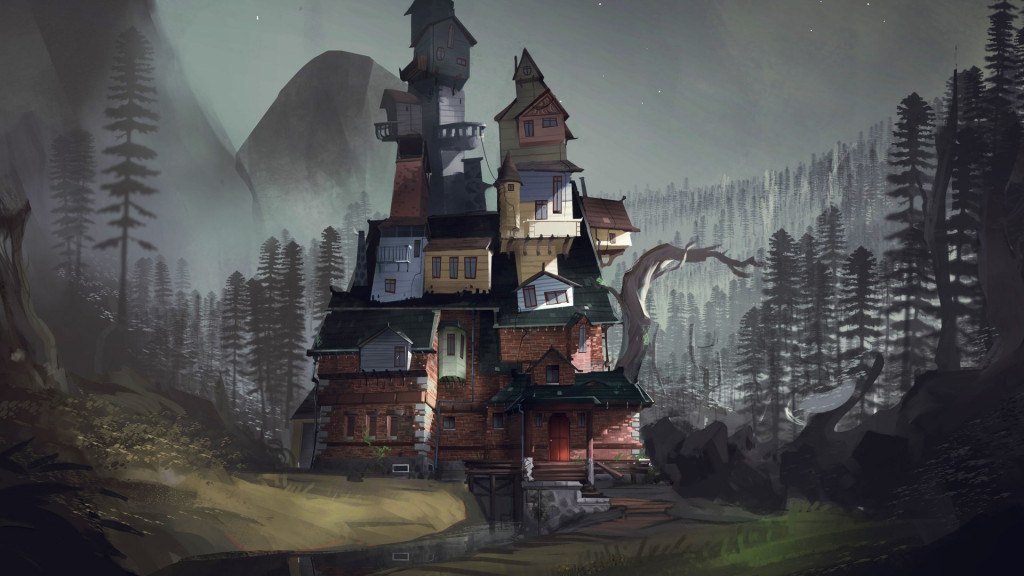 What Remains of Edith Finch won the BAFTA Games Award for Best Game in 2018 as well as The Game Award for Best Narrative in 2017, beating some of the biggest names in the industry. While it is easy for many of us to overlook the contribution of indie games like What Remains of Edith Finch, sometimes these smaller projects are the ones that tell the most beautiful stories. Edith Finch is a cross between a walking simulator and a visual novel. You get to play as the last remaining member of the Finch family as you go back to your old home to discover the truth behind the deaths in the family. All your life you were told by your grandmother that the deaths were linked to a curse in the family, but is it the truth you are looking for? While the premise makes it sound like Edith Finch is a horror game, it is in fact just a retelling of some bizarre tales which can get a bit disturbing but are definitely not scary. 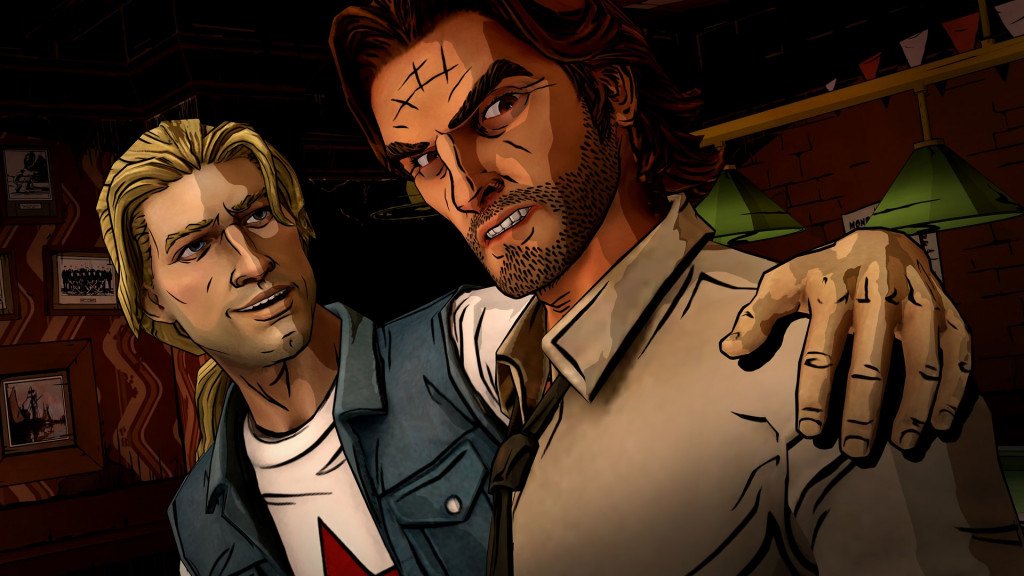 The Wolf Among Us is one of Telltale Games’ best releases with its compelling story that beats out other titles from the company. A lot of us grew up reading stories about Red Riding Hood, and most of us have grown thinking about the Big Bad Wolf as some evil creature who preys on the weak. This adaptation of the classic children’s tale takes a completely different approach with its storytelling, and we get to see a different side to the infamous villain. We are shown the human side of the wolf and the storytelling in the game along with Telltale Games’ first Walking Dead title brought the studio back on the map. While Telltale Games did not find enough success to keep the company afloat despite partnerships with franchises like Marvel’s Guardians of the Galaxy and Gearbox’s Borderlands, The Wolf Among Us will definitely remain the star of the now-defunct studio. 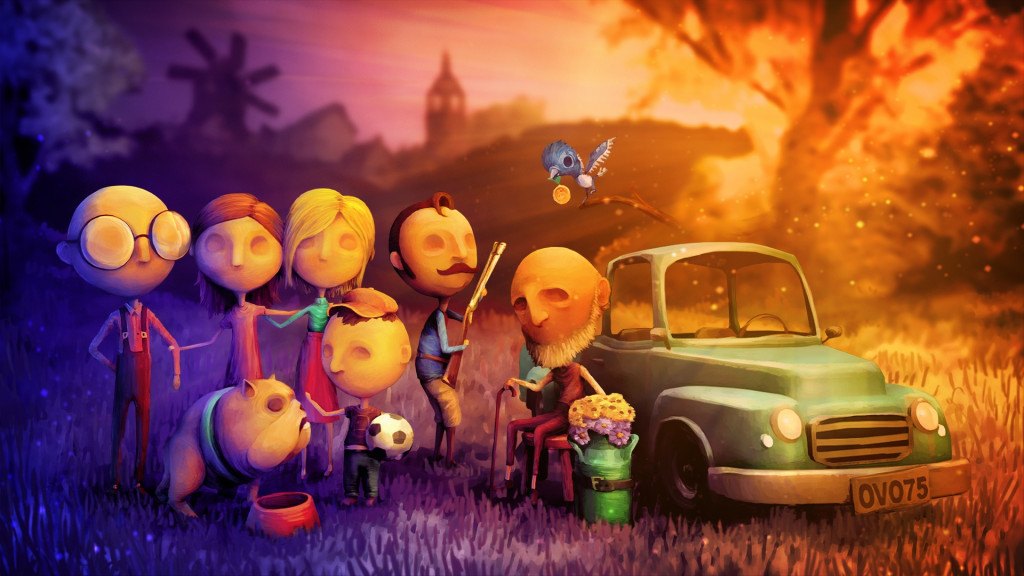 Visual novels and walking simulators are known for their stories told through words on a screen and brilliant visuals. What if the words were taken away and the creators of these games left it up to us to understand what’s going through animations alone? Last Day of June has no spoken dialogue or text throughout its short-lived campaign, and yet it leaves a painful feeling in your heart long after you are done with the game. It is a simple puzzle game with brilliant visuals that never shies away from making you feel happy and sad at the same time. It is one of the greatest tales of love, life and loss ever told through a video game, and it’s not an experience you want to miss out on. 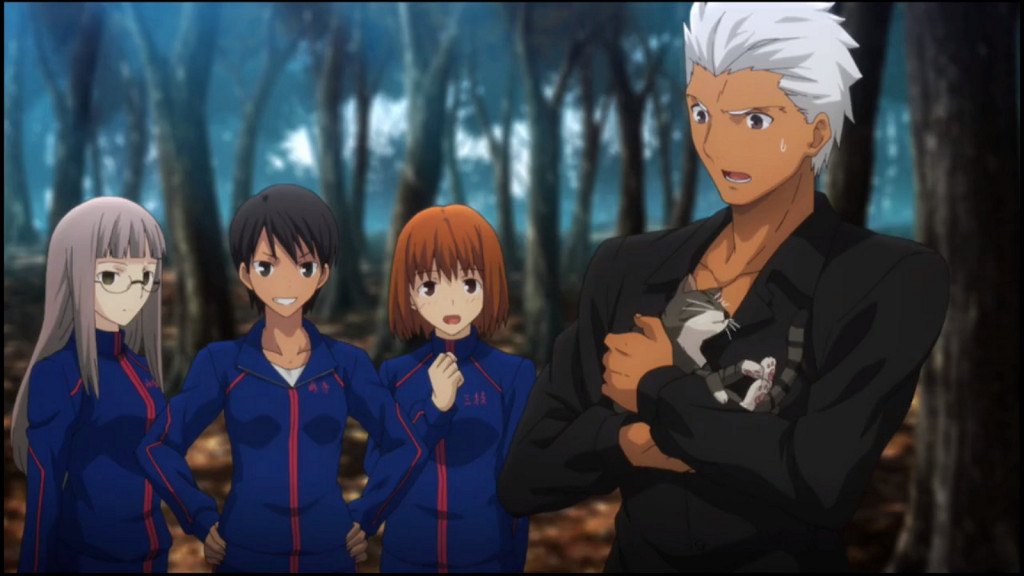 The Fate franchise is known for its compelling storylines based around the Holy Grail War. Developed by Type-Moon, Ataraxia is the perfect game to play after you finish Fate / Stay Night. Characters like Rin, Shiro, and Saber make a return to the game to discover the truth behind the anomaly that caused a time loop. Even if Rin and her friends survive all four days of the loop, they end up waking on day one of the Fifth Holy Grail War. It is a mysterious and fun game that any Fate fan should check out if they love the franchise. 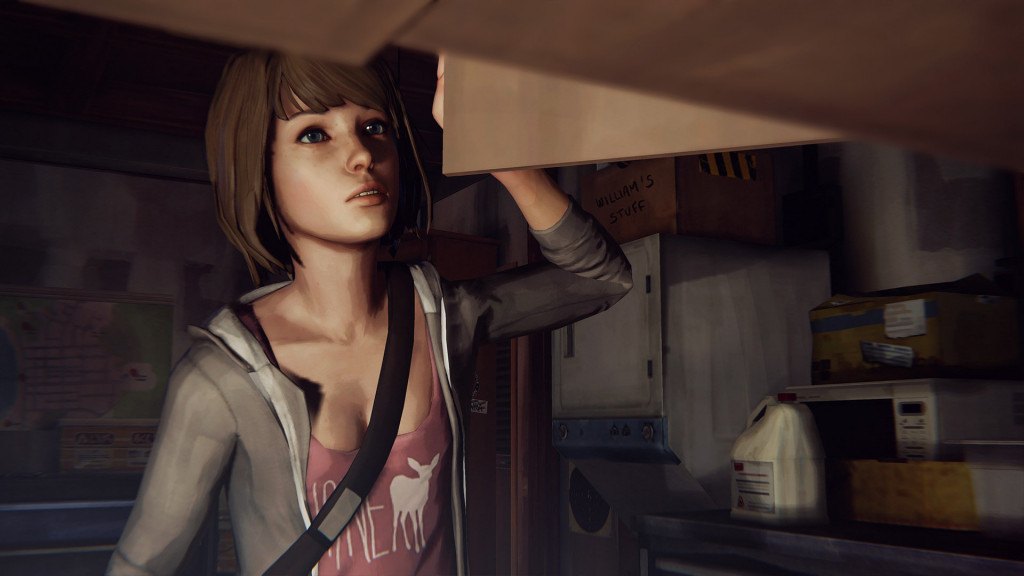 Life is Strange is regarded by many as the gold standard for visual novels because of its branching storylines that redefined the genre. While studios like Telltale Games have been offering story-heavy walking sims for years, the choices you make in-game don’t always feel meaningful. A lot of the times, they barely affect the story, and you end up with the same conclusion. DONTNOD’s Life is Strange is breaks away from the formula and puts a lot of weight on your actions, behavior, and conversations with others in-game. With multiple prestigious awards under its belt for the story, voice acting performance and originality, Life is Strange is a gem of a title. While we did get more insight into Chloe’s character in Life is Strange: Before the Storm, Max is in Life is Strange 2.