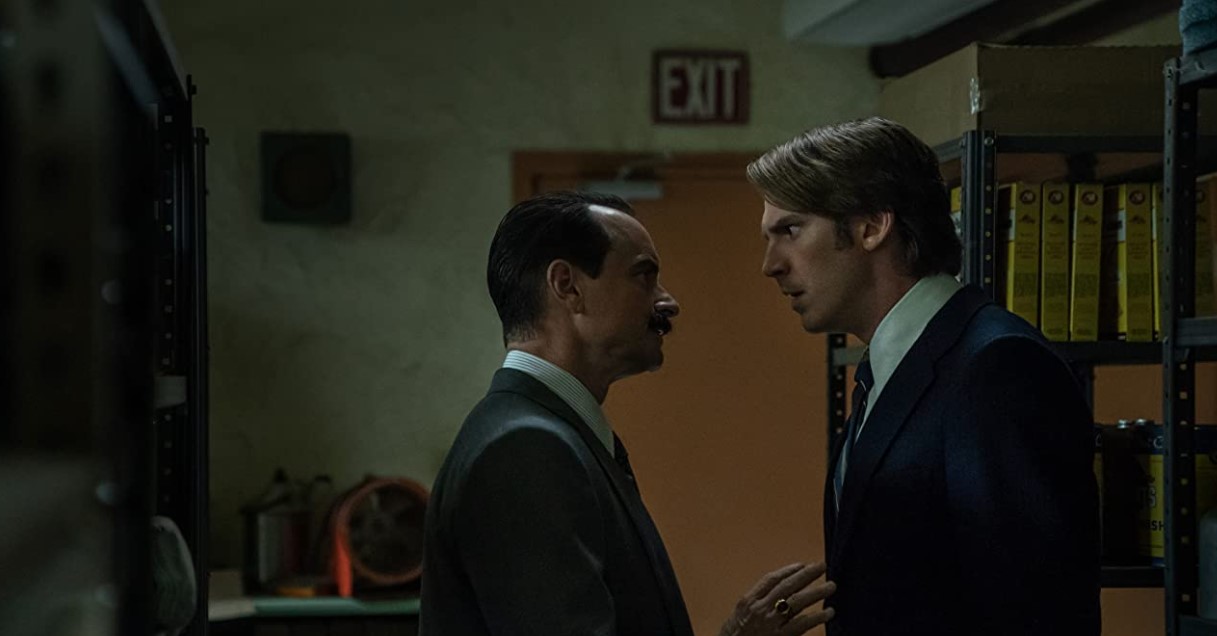 Starz’s political drama series ‘Gaslit’ revolves around various lesser-known figures associated with the Watergate Scandal, with a special focus on Martha Mitchell (Julia Roberts), the wife of Nixon’s Attorney General John N. Mitchell (Sean Penn). She was one of the first people to let the world know that the Committee for the Re-Election of the President, an organization that her husband headed after he quit his position as the Attorney General, was involved in “dirty tricks” to get Nixon re-elected. Despite her significant contribution to the revelations about the scandal, Martha is largely forgotten by the public. As a show, ‘Gaslit’ tries to rectify that. Based on the first season of Leon Neyfakh’s podcast ‘Slow Burn,’ the series is a riveting exploration of one of the most controversial periods in American history. Here is everything you need to know about its ending. SPOILERS AHEAD.

The gaslit series finale, titled ‘Final Days,’ begins as it is reported that Nixon agreed to comply with a Federal Circuit Court order, which instructed him to share the Watergate tapes with Judge John Sirica. However, his lawyers have since disclosed that two tapes were absent, and a third has an 18-minute-long buzz. Nixon’s fiercely loyal personal secretary Rose Mary Woods claims that she inadvertently erased the tape. FBI agents Lano and Magallanes come to arrest Mitchell. As he is taken away, a reporter asks whether he is worried that he is potentially facing ten years in prison. Vicious and clever as always, Mitchell retorts that it would have been worse if he were sentenced to life with Martha,

Meanwhile, Martha visits a doctor, seemingly for a fractured hand. She later meets up with Winnie McLendon, who has just begun her tenure at the Washington Post and requests her to accompany her as she goes to see her daughter. It is revealed that Martha has brought a photographer as well. In her conversation with Winnie, Martha is shown to have grown deeply disillusioned about the role she played in Watergate. When she finally sees Marty again, the latter lashes out at her. Martha starts feeling unwell and is driven to the hospital, where Winnie learns about Martha’s cancer diagnosis.

Meanwhile, John Dean (Dan Stevens) agrees to testify against Mitchell. He is accidentally placed in the same room as G. Gordon Liddy (Shea Whigham), who has shaved his head. Earlier, he started singing during what was supposed to be his testimony at Mitchell’s trial and was thrown out of the courtroom. Liddy is one of the few people who hasn’t said anything revelatory to the investigators. Understandably, Dean is terrified of Liddy. But the latter assures him he will not kill him. He recounts his ordeal with the rat and tells Dean that he has eaten the rat and all its pups so he can let the other man leave. However, it is later revealed that the rats are alive. It seems that even Liddy can evolve. And this is particularly underscored by the Ronald Reagan poster in his cell.

The Gaslit Series Finale Ending: How Did Martha Mitchell Die?

The finale covers Nixon’s resignation from office in 1974. Toward the end of the episode, the fates of different characters are addressed. Frank Wills never got the recognition he deserved and led a quiet life in Georgia. Lano got himself a transfer to California after Watergate, while Magallanes was apparently part of the first class-action lawsuit against the FBI for racial discrimination. Winnie’s biography of Martha became a bestseller. Dean became a celebrity political pundit, while Mo became a successful author. They are still together. As for Liddy, he was pardoned by President Jimmy Carter and found fame as a pop culture sensation.

Although real-life Martha and John had separated, their divorce was never finalized. Martha told The Washington Post that Mitchell had left her with only $945. During his criminal trial in 1975, she sued him for back alimony. Martha was diagnosed with multiple myeloma. As depicted in the show, her son Jay Jennings took care of her in her final few months and sometimes performed the duties of her spokesperson.

Martha slipped into a coma and passed away on May 31, 1976, at Memorial Sloan Kettering Hospital in New York City. She was 57 years old at the time. Her funeral services took place at First Presbyterian Church in her hometown of Pine Bluff, Arkansas. Mitchell and Marty were present at the ceremony. There was indeed a floral arrangement with the phrase “Martha was right” at the funeral, reportedly sent by an anonymous admirer. In 1977, Nixon reportedly told journalist and interviewer David Frost that if it weren’t for Martha Mitchell, there wouldn’t have been a Watergate Scandal.