Ginny and Georgia Season 2 Release Date: Everything We Know 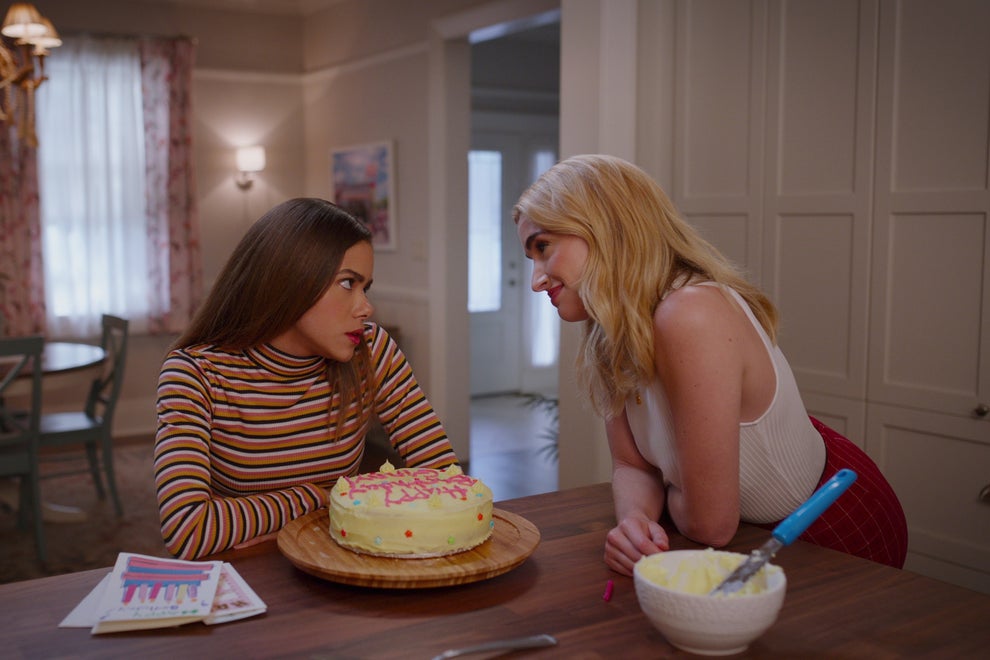 ‘Ginny & Georgia’ is a comedy-drama series that follows Georgia, a 30-year-old single mother to a teenage daughter Ginny and a young son Austin. They move to Wellsbury in New England for a fresh start after Georgia’s ex-husband dies under mysterious circumstances. Created by Sarah Lampert, the show originally premiered in February 2021.

Several critics noted that the drama is a melting pot of different genres that also borrows elements from thrillers. The fact that the series does not shy away from addressing issues such as sexuality, identity, race, and sex, has been lauded. However, certain scenes have evoked criticism for being insensitive or offensive; the dig at Taylor Swift is one such example. Nevertheless, the fast-paced episodes and engaging storyline have kept the viewers hooked. So, is there a season 2 in the future? Here is everything you need to know!

‘Ginny & Georgia’ season 1 landed in its entirety on February 24, 2021, on Netflix. The first season consists of ten episodes with a runtime of 50-58 minutes each.

As far as the sophomore season is concerned, you would be happy to learn that Netflix greenlit the show for another round on April 19, 2021. Even though the show received a lukewarm response from critics, it proved to be extremely popular among the viewers. In April 2021, the streaming giant revealed that the show drew in 52 million people in the first 28 days after its debut.

We’ve got big news, peaches! Ginny & Georgia will be back for a Season 2! pic.twitter.com/77wc2rPieO

The filming for season 1 reportedly lasted four months, from August to December 2019. However, the freshman cycle only hit the screens about 14 months after it wrapped up filming. Typically, Netflix releases a new season almost a year after the premiere of the previous season. But it seems that the cast and crew have not yet begun filming the upcoming edition. If the anticipated cycle goes into production by Fall 2021, we expect ‘Ginny & Georgia’ season 2 to release sometime in Q4 2022. The new season will reportedly have the same number of episodes as the first installment, that is ten.

Ginny & Georgia Season 2 Cast: Who is in it?

Others who may reprise their roles are Mason Temple (Hunter Chen), Nathan Mitchell (Zion Miller), Katie Douglas (Abby), Chelsea Clark (Norah), Alex Mallari Jr. (Gabriel Cordova), Damian Romeo (Matt Press), and Chris Kenopic (Clint Baker). Since Nikki Roumel and Kyle Bary portray the teenage versions of Georgia and Zion, respectively, we might see them again. Several new characters could be introduced in the new season, which means we might come across fresh faces on the show. For example, the first season has been mentioning Austin’s father, who might play a significant role in round 2.

Ginny & Georgia Season 2 Plot: What is it About?

By the end of the first cycle, uncomfortable truths about Georgia begin to come to light. Joe is about to confess his feelings to Georgia, but he learns that she is engaged to Paul. On the other hand, Ginny seems at outs with her friends, including Hunter. The fact that she sleeps with Marcus and lies about it further complicates her friendship with everyone in the group. Meanwhile, Ginny’s conversation with Cordova leaves the teenager devastated as she learns what her mother might be a killer. By the end of the season, Ginny and Austin pack their bags and leave home on a motorcycle.

In the second season, we will know what happens to Ginny and Austin, who might be headed to Boston to be with Zion. Things remain unclear between Ginny and Marcus, so we will know what lies ahead for them. While Georgia and Paul might be getting closer to their wedding date, life is going to get messy since Georgia’s secrets will not remain buried forever. In the process, we might also get a glimpse into who Paul really is. But one of the most prominent elements of the anticipated season might be how Ginny’s actions begin to resemble that of her mother’s.