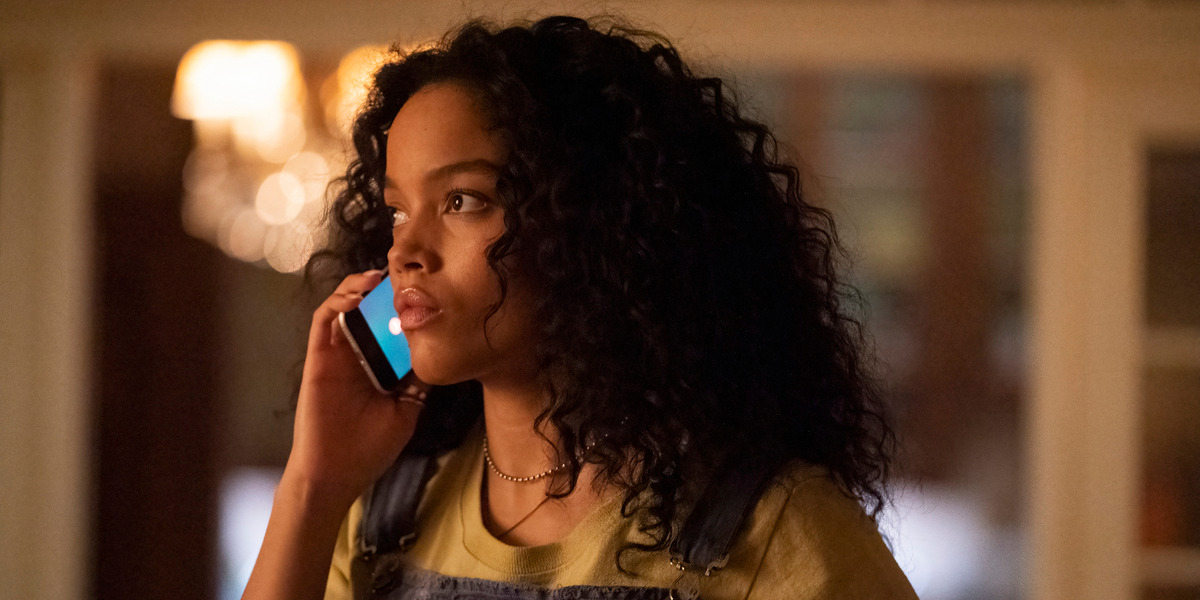 The second season of ‘Gossip Girl‘ on HBO Max takes viewers back to Constance Billard St. Jude’s School, where Julien and her friends face new problems. In the third episode, Monet continues her reign as the new “Queen Bee” while trying to force Julien to fight her for the crown. However, Julien diverts her efforts and makes progress in mending her friendship with Obie. However, a chain of events forces Julien, Monet, Zoya, Kate, and Max to confront their true selves. If you wish to catch up on the episode’s spicy events and saucy secrets, here is everything you need to ko about the ending of ‘Gossip Girl’ season 2 episode 3! SPOILERS AHEAD!

The third episode opens with Julien and Monet’s rivalry spreading over social media. Despite Luna’s advice, Julien refuses to partake in the rivalry and considers Monet’s efforts petty. On the other hand, Julien focuses on mending her relationship with Obie. Therefore, she tries to get into the good books of Obie’s girlfriend, Grace. However, Obie restrains any interaction between Julien and Grace. Meanwhile, Kate feels guilty for getting the headmistress fired and wonders if Mike will snitch on her. However, she is forced to divert her attention after her father shows up for a surprise visit.

At Constance Billard St. Jude’s School, Max is dismayed at his “bad” reputation taking a hit. Therefore, Aki and Audrey convince Max to throw a party to get people talking about him. Meanwhile, Monet continues her conquest as the school’s new “Queen Bee” and searches for an ideal partner. Julien’s efforts to apologize to Grace fall flat, but she convinces her to hang out after school. Monet also tags along, hoping Grace will introduce her to her best friend, Tiffany. Monet believes that Tiffany’s social stature and influence as an openly lesbian woman will benefit her.

Elsewhere, Zoya is concerned after realizing that Nicky is hiding something from her. When she learns Nick hasn’t been promoted, she becomes determined to uncover the truth about her father. Meanwhile, Max, Aki, and Audrey’s party fails to gather buzz. After some of Max’s old friends post a story about attending an event organized by senator Byron, Grace’s mother, they decide to attend in hopes of reigniting Max’s reputation. However, Senator Byron meets Obie and wants him that she does not want any drama at the event.

Zoya decides to attend the event after learning that Nick will meet his new employers. Meanwhile, Monet also arrives at the event after Grace refuses to introduce her to Tiffany. Obie seeks Julien’s help to stop any drama from erupting at the gala. Ultimately, Monet and Tiffany agree to a mutually beneficial relationship. However, Monet becomes skeptical after learning that Tiffany is secretly straight.

Elsewhere, Kate is forced to deal simultaneously with Mike and her drunk father. However, Mike helps kate when her father gets arrested, and they clear the misunderstanding between them. Max’s old friends refuse to partake in any mischief, but he manages to convince them to abandon their mature persona. Julien encourages Monet to remain true to her identity, leading to an epic drama at the party. As a result, Obie’s efforts prove futile, and he breaks his promise to Grace’s mother.

In the episode, Nick and Zoya’s relationship goes through a rough patch as Zoya suspects her father of lying. As the narrative progresses, Zoya learns that Nicky is indeed lying to her. She discovers that Nicky’s firm hasn’t promoted him. When she presses Nick for an answer, he reveals that he is very close to accepting a new job offer with a much higher salary. However, Zoya does not believe him and plans to expose Nick’s lies at the event.

In the third act, Zoya pressures Nick to introduce her to his new employers. However, Nick keeps stalling until Zoya brings him face-to-face with Mr. de Haan, who Zoya believes is Nick’s new boss. However, Nick reveals that he was using de Haan’s offer to get a better job offer from a rival firm. Ultimately, Nick is forced to accept de Haan’s offer, and the misunderstanding between Zoya and Nick is resolved. However, the final moments reveal that Nick is lying to Zoya about his contact with Julien’s father, Davis, and is also receiving financial help from him.

Who Is Mike Working For? Does He Suspect Kate?

The episode sees progress between Kate and Mike, who started on the wrong foot. As the episode progresses, we see Mike helping Kate take care of her father, who is drunk and lands in jail. After dealing with the situation, Mike explains that he wouldn’t snitch on Kate. Moreover, he states that he respects Kate for getting the headmistress fired as it was the need of the hour. However, the episode’s final moments reveal that Mike is actually working to uncover the Gossip Girl’s identity. He is working on the orders of a mysterious person to whom he gives an update over texts. While we do not see Mike’s list of suspects in the chat window, Kate is likely pretty high on the list in light of recent events.