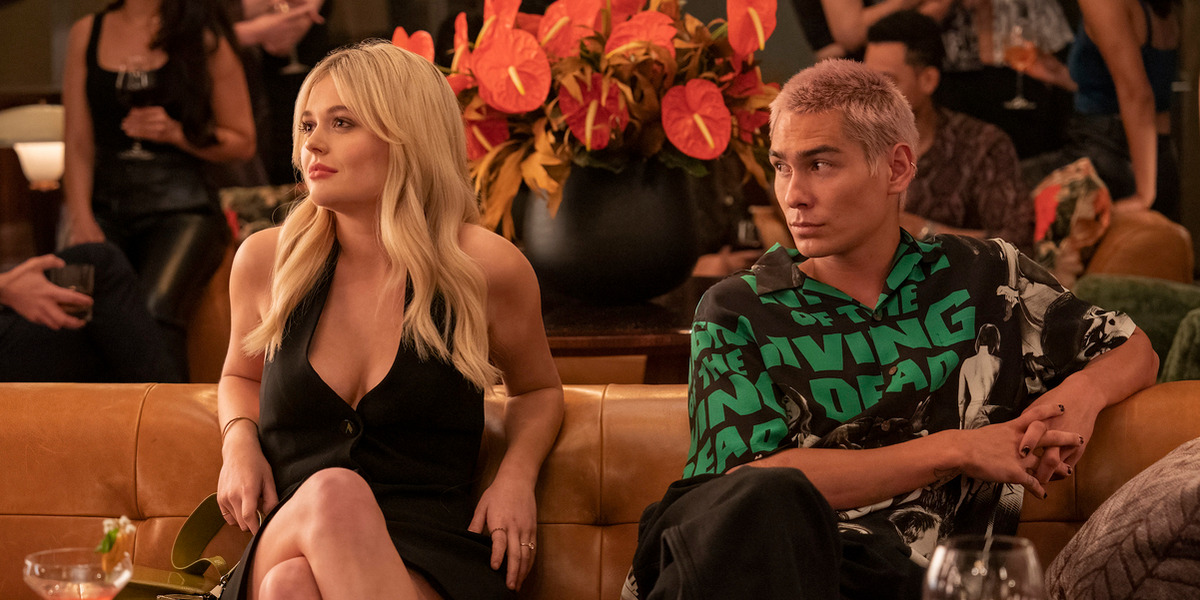 ‘Gossip Girl‘ on HBO Max is an engaging teen drama that opens up a wide variety of conflicts as it nears the conclusion of its second season. The series serves as a spiritual to the original series of the same name and follows Julien Calloway as she deals with various issues to the return of Gossip Girl, an anonymous blogger. The penultimate episode of season 2, titled ‘I Know What You Did Last Summit,’ brings Kate’s dreams of expanding Gossip Girl to a shocking standstill.

Grayson de Haan uses all his power to take the blogger down. Meanwhile, Aki, Audrey, and Max face trouble in their relationship while Obie and Heidi try to expose their mother. The episode ends with some shocking twists and revelations. If you wish to catch up on all the latest happenings from New York’s Upper East Side, here is everything you need to know about ‘Gossip Girl’ season 2 episode 9! SPOILERS AHEAD!

The ninth episode, titled ‘I Know What You Did Last Summit,’ opens with Max professing his love for Aki and Audrey. However, he quickly retracts after they do not say it back. Nick tells Zoya that he is quitting the job at the de Haan’s and opening a new law firm. Obie recovers from his injuries in a hospital, and Julien visits him. Kate is invested in expanding Gossip Girl’s reach, and it affects her romance with Jordan. At school, Julien tries to convince Zoya to take down Gossip Girl with her. However, Zoya asks Julien to stand down as it could jeopardize Nick’s new law firm.

At Constance Billard St. Jude’s School, Max tells Luna about his relationship troubles. On the other hand, Aki and Audrey discuss whether they are ready to profess their love for Max. Luna tells Julien about Max’s troubles. At the hospital, Heidi visits Obie and reveals that she planned the attack on him as a means to draw Helena to the United States so they can expose her with Gossip Girl’s help. Heidi’s plan works, and Helena visits Obie. However, Grayson announces a bounty of $1 million on Gossip Girl if she posts again. Therefore, Kate’s hands are tied, and she cannot expose Helena.

Julien tries to force Gossip Girl into making a post by blowing up Aki, Audrey, and Max’s relationship. She uses the information from Zoya and Luna to create havoc between the throuple. However, the move backfires, and everyone turns on Julien. Meanwhile, Kate meets Camille to try and get the bounty on Gossip Girl revoked. On the other hand, Kate talks to Camille as Gossip Girl and convinces her to share evidence against Grayson that will make him wave the bounty. However, Camille and Grayson are secretly working together.

She convinces Camille to allow her to attend the Summit held by Aki’s father. Julien, Zoya, Nick, Aki, Audrey, Obie, Heidi, and Helena find their way to the Summit. At the private resort where Aki’s father is holding a vacation with some of the most influential people, Monet reveals that her mother is working with Gossip Girl. Therefore, Julien decides to seize the opportunity and take down Gossip Girl. Meanwhile, Kate takes Jordan’s help to take the evidence against Grayson from Camille. Simultaneously, Aki and Audrey try to resolve their issues with Max.

In the episode’s final act, the fated encounter between Kate and Camille de Haan takes place. Kate works with Jordan to get her hands on the evidence. On the other hand, Camille tries to expose Gossip Girl’s identity when she comes for the evidence. Kate tricks Camille and succeeds in getting her hands on the documents while keeping her cover. As a result, she is free to post again. During the Summit, Gossip Girl reveals that Grayson de Haan squashed efforts for a worker’s union at his factory. The news forces Grayson to revoke the bounty on Gossip Girl, and Kate is free to make more posts.

In the end, Gossip Girl reveals the trouble in Aki, Audrey, and Max’s relationship, along with the evidence against Helena. Thus, Gossip Girl makes three posts, two of which directly affect parents in highly influential places. As a result, it is safe to say that Kate’s plan to expand Gossip Girl’s scope and influence is slowly bearing fruit. However, the revelations lead to Grayson publically blaming Nick for the workers union fiasco while Max seemingly breaks up with Aki and Audrey. Helena tells Obie that Heidi was behind the fall of the building in Jakarta, and she took the blame for it to save her daughter.

Ultimately, Gossip Girl emerges as the sole victor from the highly tense Summit. On the other hand, Julien crashes and burns in the eyes of her loved ones. Her plan to take down Gossip Girl backfires twice. Moreover, Gossip Girl is now more powerful than ever before, Nick loses his job and credibility, Max separates from his lovers, and Obie hurts his own mother. Hence, it is necessary to stop the anonymous blogger, as Gossip Girl could continue hurting Julien and her loved ones. As a result, the episode’s final moments depict Zoya and Julien teaming up to end the blogger’s influence once and for all. However, the sisters will likely require all the help they can get and must turn Audrey, Aki, Obie, and Max to their side to have any chance of taking down the almighty Gossip Girl.