Hallmark’s Crashing Through the Snow: Everything We Know 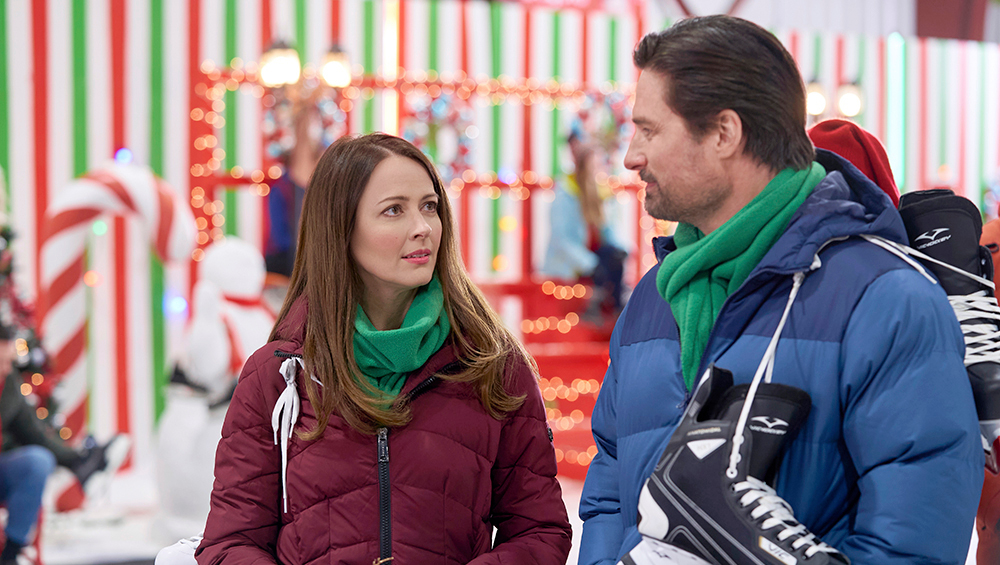 Featuring stand-out performances by Amy Acker, Kristian Bruun, and Warren Christie, Hallmark‘s ‘Crashing Through the Snow’ is a romance-drama movie that follows Maggie, who gets invited by her ex-husband Jeff’s girlfriend – Kate – to a perfect Christmas holiday in Aspen. Although she always has had a great understanding with Jeff, even after their divorce, Maggie feels out of place. If that isn’t enough, Kate’s deliberate disrespect of Maggie’s traditions only increases the tension between the two.

Luckily, Kate’s rebellious brother, who is tired of being mistreated by her, decides to take a stand finally and helps Maggie have a great holiday with her kids. Set in a winter wonderland that is Aspen, the Christmastime vibe and striking visuals of the Rich Newey directorial can make viewers gaze at their screens with awe. Curious to learn where exactly these places are located? We have got you covered.

Crashing Through the Snow Filming Locations

The Hallmark movie was filmed extensively in Manitoba and supposedly in Alberta as well. The production of the romantic comedy reportedly began in mid-April 2021, and it wrapped up sometime in the first week of May of the same year. Apart from the northern polar bear population, Manitoba is known for its varied terrain that includes forests, mountains, and rivers.

Alberta, on the other hand, is home to the Canadian Rocky Mountain Parks, vast coniferous forests, mesmerizing snow-capped mountains, and prairies. Since the movie’s filming took place in such stunning scenic locations, we wanted to find more about the specific places, so we investigated further. Here’s everything we could find out about them.

The principal photography of the romantic comedy movie was done in Winnipeg. Home to numerous film and television production companies such as Les Productions Rivard, Buffalo Gal Pictures, Farpoint Films, and Frantic Films, the capital of Manitoba has hosted the production of well-known movies such as ‘Shall We Dance?’ ‘A Dog’s Purpose,’ and ‘The Assassination of Jesse James by the Coward Robert Ford.’

The cast and crew involved with the production reportedly had to quarantine for 14-days before the filming actually began. The production team also followed COVID-19 appropriate behavior to ensure the smooth filming of the Warren Christie-starrer.

The town also hosts Banff Mountain Film Festival annually. Summer H. Howell, who essays the role of Mia, posted a few photos on Instagram in which she can be seen having a walk in the mesmerizing locales of the beautiful town of Banff.

Crashing Through the Snow Cast

Amy Acker headlines the romantic-comedy movie by essaying the role of Maggie. You may recall watching the actress on the supernatural drama series ‘Angel’ and the science fiction show ‘Person of Interest.’ Kristian Bruun appears as her ex-husband Jeff. You may recognize the Canadian actor from ‘Murdoch Mysteries‘ and ‘Orphan Black.’ Brooke Nevin, who is famous for her roles in ‘Scorpion’ and ‘Call Me Fitz,’ portrays Jeff’s girlfriend, Kate.

Warren Christie appears as Kate’s rebellious brother Sam who decides to help Maggie and her two daughters have a great time in Aspen. The Northern Irish-born actor is popular for his role in ‘Alphas’ and ‘The Resident.’ Other noteworthy cast members include Andrea del Campo as Ginny, John B. Lowe as Ted, Myla Volk as Sophie, and Summer H. Howell as Mia.