Hallmark’s Morning Show Mysteries: Murder Ever After: Everything We Know 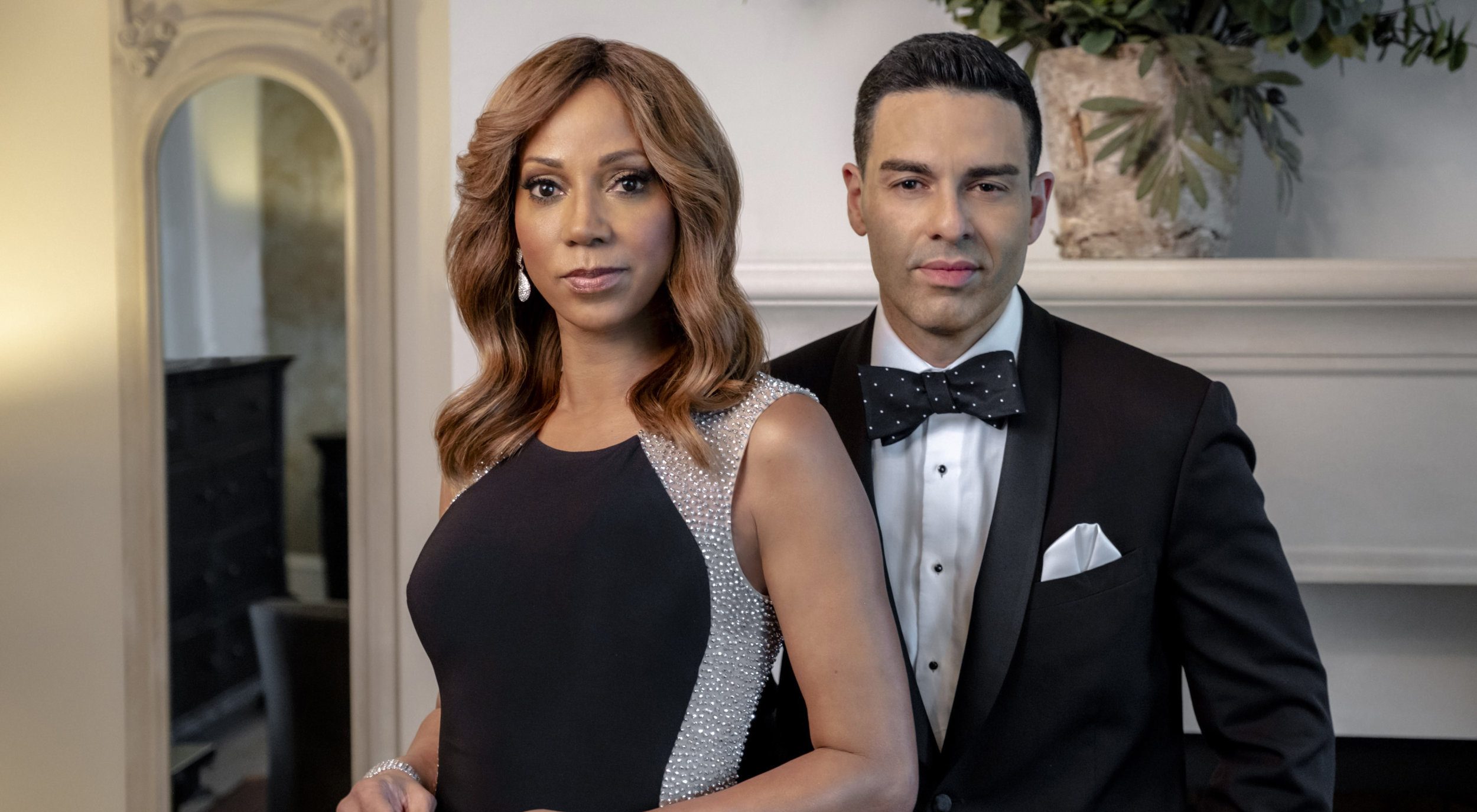 Directed by Andy Mikita, Hallmark’s ‘Morning Show Mysteries: Murder Ever After’ is a crime-mystery movie that follows the talented and successful TV host Billie Blessings, who is shocked to find out bones in her old friend’s house. The puzzling discovery leads to an investigation that links some of the most influential and powerful people in the city with the case. So, when her family friend Maggie asks her to help clear her father’s name, who is implicated in the murder, Billie realizes that she can’t just sit and watch.

Along with new-to-town detective Tyrell Hunter, she must unravel the dark mystery behind the bones before it’s too late for her friend and her father. The crime-mystery film is the sixth installment of Hallmark’s ‘Morning Show Mysteries,’ and it is just as dramatic as the previous movies in the series. Some people may be curious to learn more about the film’s production and other details. If you are one of them, look no further, we have got you covered.

‘Morning Show Mysteries: Murder Ever After’ was filmed entirely in British Columbia, Canada. The production reportedly began sometime in February 2021, and it wrapped a few weeks later in March 2021. Holly Robinson Peete, who essays the role of Billie, posted a time-lapse video on Instagram to let her fans know that she was all set to begin working on the movie.

Over the years, a significant number of Hallmark films have been filmed in the westernmost Canadian province. Some popular names that spring to mind include ‘Right in Front of Me,’ ‘Sweet Carolina,’ ‘Crossword Mysteries: Riddle Me Dead,’ ‘One Perfect Wedding,’ and ‘Breakup Bootcamp.’ However, the shooting did not take place at one specific location, so without further ado, let’s jump right in and learn more about the film’s production.

The principal photography for the movie was done in Vancouver. The shooting for the crime-mystery film took place amid the global coronavirus pandemic, so the cast and crew were reportedly quarantined first before the filming began. With all the safety measures in place, the production went smoothly.

The bustling west coast seaport town has emerged as a sought-after filming destination in North America, thanks to the ease of availability of an experienced crew along with other filming services. The city is unique as it has stood in for numerous cities ranging from Los Angeles to London, which helps attract filmmakers from diverse backgrounds and offer employment opportunities for its citizens. So many films and shows are now produced in Vancouver that the city is now known as Hollywood North.

Several crucial scenes in the movie were also shot at Pitt Meadows. Located in southwestern British Columbia, the small town has also hosted the production of ‘3000 Miles to Graceland,’ ‘Smallville,’ and ‘Happy Gilmore’ in the past. Apart from its recreational programs, Pitt Meadows is also well-known for its mesmerizing protected natural areas and public sports facilities.