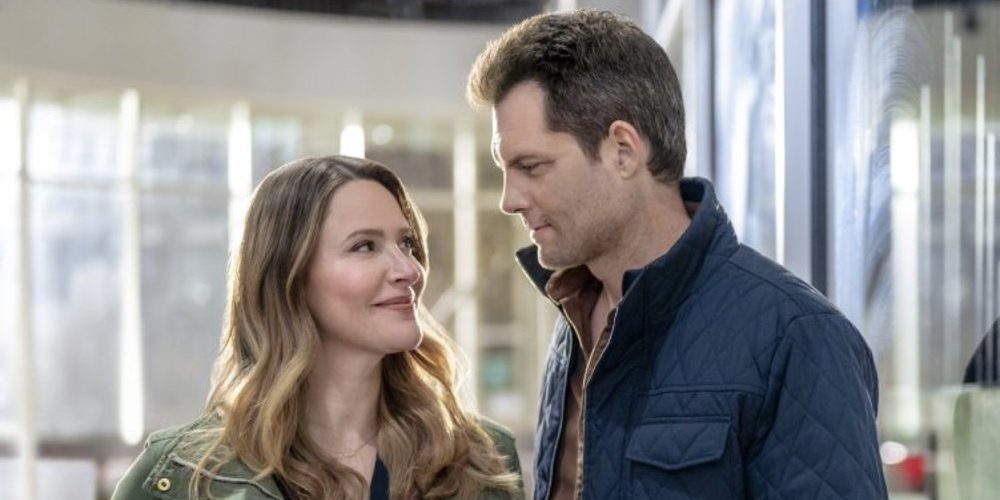 Directed by Stacey Harding, ‘Mystery 101: Deadly History’ is a mystery drama that follows Amy Winslow as she teams up with Police Detective Travis Burke once again in order to search for her missing uncle, Alistair. The duo heads to New York to investigate the case and learn that Alistair’s research about the mysterious death of a family heir has also disappeared. In their investigation, dark secrets about Amy’s past and family come to the fore.

The duo must race across the city and solve the clues before it is too late. It is the seventh installment in Hallmark’s ‘Mystery 101’ made for television movie series. Fans of the ‘Mystery 101’ film series must be eager to learn more details about the scenic urban locations seen in ‘Deadly History’ as well as the movie’s cast. If you are one of the curious fans looking for such details, allow us to share everything we know about ‘Mystery 101: Deadly History.’

Principal photography on ‘Mystery 101: Deadly History’ commenced on April 27, 2021, and concluded on May 15, 2021. The movie was filmed exclusively in Canada. The country offers lucrative tax benefits, and its architecture is similar to that of some American cities, making it an ideal filming location for films with diverse themes. Other films in the franchise such as ‘Mystery 101: Killer Timing‘ and ‘Mystery 101: An Education in Murder‘ were also filmed in the Great White North. Let’s take a closer look at the movie’s filming sites.

Vancouver, the most populous city in the province of British Columbia, is the primary filming destination of the movie. The cast and crew filmed the movie on location in various parts of the city. The high-octane boat sequence seen in the film was shot at a water body near the Belcarra Picnic Area located at 4500 Tum Tumay Whueton Drive inside the Belcarra Regional Park.

Some scenes were also filmed in Harrison Hot Springs, a village community located in the Fraser Valley near Harrison Lake. The community is a popular vacation spot and is renowned for its resorts and hot springs. Vancouver is a favored filming location for Hollywood projects because of its soulful and pleasant mixture of urban and natural beauty. Filming of popular shows such as ‘The Flash,’ ‘Superman & Lois,’ and ‘Turner & Hooch‘ also takes place in Metro Vancouver.

In ‘Mystery 101: Deadly History,’ Jill Wagner reprises her role as the literature professor Amy Winslow from previous installments. You might remember Wagner from her performance as Kate Argent in the hit teen drama ‘Teen Wolf.’ The actress has also served as the co-host of the ABC iteration of ‘Wipeout’ (in all seasons except season 5). Kristoffer Polaha also returns as the level-headed detective Travis Burke. The actor is known for his roles in crime drama shows such as ‘Condor,’ ‘Castle,’ and ‘Mad Men.’ He is also seen in a small but significant role in ‘Wonder Woman 1984.’

Joining them is Robin Thomas as Graham Winslow, Amy’s dad, who is a successful author. The veteran actor has appeared in a number of films and television shows, and some of his notable credits include ‘Crazy Ex-Girlfriend,’ ‘Law & Order True Crime,’ and ‘The Assassin’s Code.’ Lauren Akemi Bradley, Michael Patrick Denis, and Rhinnan Payne appear as Deputy Gail Patrick, Olly Kent, and Lucy Harding in the movie.