Hank Schrader’s Breaking Bad Death: How Did He Die? Who Killed Him? 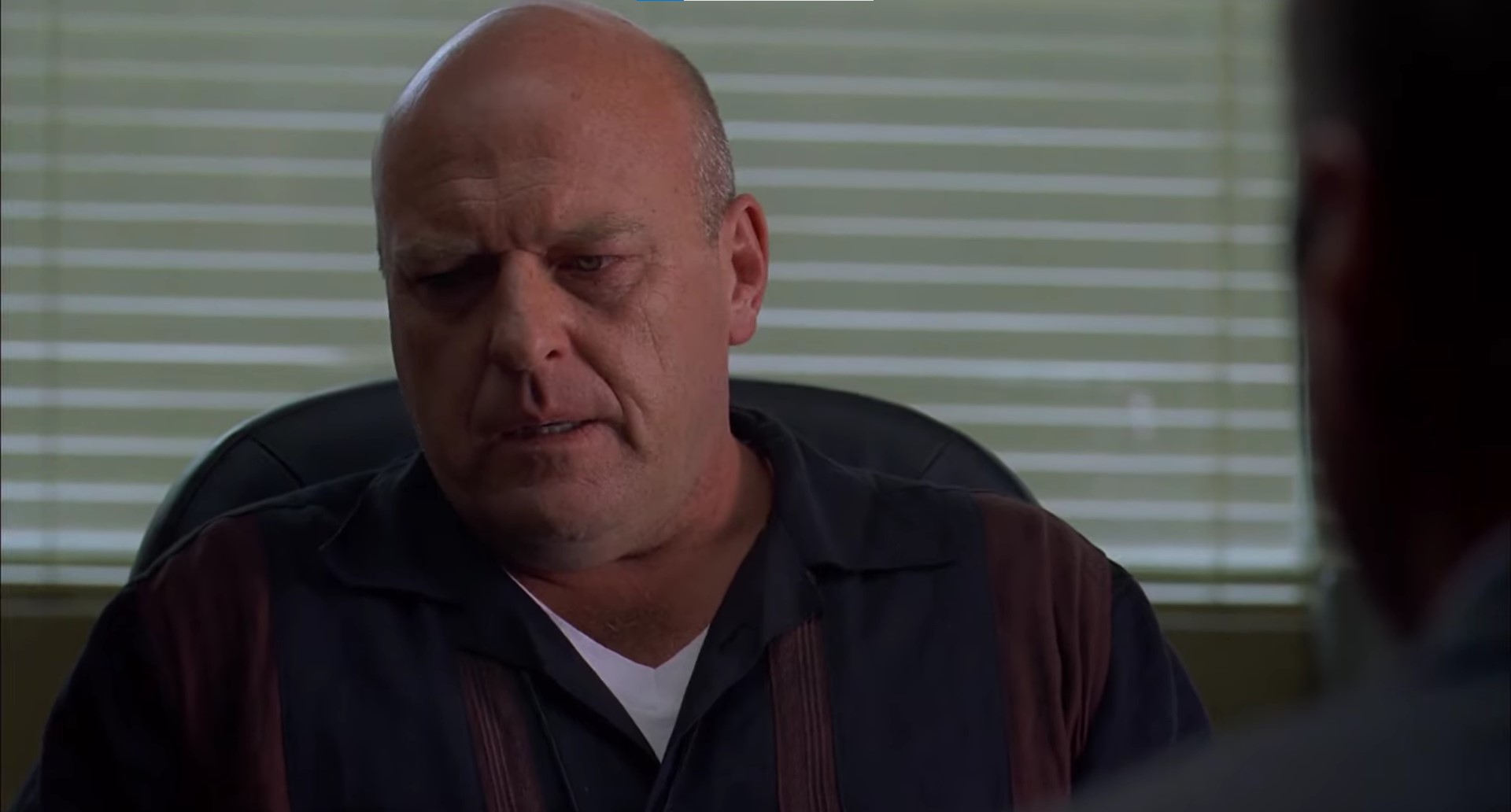 In the series finale of ‘Better Call Saul,’ titled ‘Saul Gone,’ the past returns asking for its due from Saul Goodman (Bob Odenkirk). Although he initially fights them tooth and nail, Saul ultimately embraces the regrets that have accumulated over a lifetime, receiving, along with Kim Wexler (Rhea Seehorn), as satisfying an ending as anyone can aspire to in the ‘Breaking Bad‘ universe, which has always been brutal to its protagonists. Marie Schrader (Betsy Brandt) appears in this episode, intending to put Saul behind bars for good. She is later outraged when the prosecution agrees to a measly seven years in prison for Saul. Marie is also at the court when Saul/Jimmy confesses everything.

Hank Schrader (Dean Norris) is one of the main characters in ‘Breaking Bad.’ When his death takes place in the original series, it drastically impacts the narrative. And the same impact is felt in the series finale of the spin-off/prequel. Here is everything you need to know about it. SPOILERS AHEAD.

How Did Hank Schrader Die? Who Killed Him?

Hank is a high-ranking Drug Enforcement Administration (DEA) agent working out of their Albuquerque, New Mexico, office. Through Marie and her sister Skyler, he is Walter White’s brother-in-law and Holly and Walter Jr’s uncle. Brash and loud, Hank can come off as obnoxious to many. However, he is also extremely competent at his job.

Because of his work, Hank inevitably comes into conflict with Heisenberg, initially not knowing that the methamphetamine cook is actually his brother-in-law. In season 5, following the death of Gus Fring, Hank is stunned to realize that he was right all along about the drug kingpin. He becomes the Assistant Special Agent in Charge (ASAC) of the Albuquerque DEA Field Office after the departure of George Merkert. In season 5, episode 8, titled ‘Gliding Over All,’ Hank realizes for the first time that his seemingly unassuming high-school chemistry teacher of a brother-in-law is the dreaded Heisenberg.

In episode 11, titled ‘Confessions,’ Walt and Skyler give a video to Hank and Marie. When they watch it, they discover that Walter has accused Hank of being the mastermind behind the drug operation, and quite believably at that. In episode 12, titled ‘Rabid Dog,’ Hank and his partner Steven Gomez convince Jesse Pinkman to team up with them so they can bring down Walt. When Hank’s initial plans of capturing Walt don’t work, Jesse tells them to target Walt’s money. This works, and Walt inadvertently leads them to the spot in the desert where he had buried his money.

In episode 13, titled ‘”To’hajiilee,’ Jesse tricks Walt into confessing his various criminal activities. When Walt figures this out, he calls Jack Welker (Michael Bowen), the white nationalist gang leader, and his nephew Todd Alquist (Jesse Plemons). However, when Walt discovers that Jesse, Hank, and Gomez are there, he calls Jack and Todd again and tells them not to come, but they show up nonetheless.

In episode 14, titled ‘Ozymandias,’ a gunfight ensues between the two groups and ends with Gomez dead and Hank shot in the leg. Hank makes one last attempt to take control of the situation when he spots Gomez’s gun. But before he can grab it, Jack places his foot on it. When the neo-Nazis realize that Hank and Gomez are DEA, they prepare to shoot Hank. Walt begs them not to do it, even offering them money. That doesn’t work, and Jack shoots Hank in the head, killing him.

Why Was Hank Killed?

Hank’s death is yet another example of Walt’s poisonous influence on the lives of people around him. In ‘Ozymandias,’ Walt desperately attempts to save Hank’s life by pleading with Jack, even offering him money. While it seems that the Neo-Nazi considers it, he decided to kill both the DEA agents the moment the gunfight began. Moreover, he can now have Walt’s money either way. Hank recognizes this and tells Walt, “You’re the smartest guy I ever met, and you’re too stupid to see—he made up his mind ten minutes ago.” 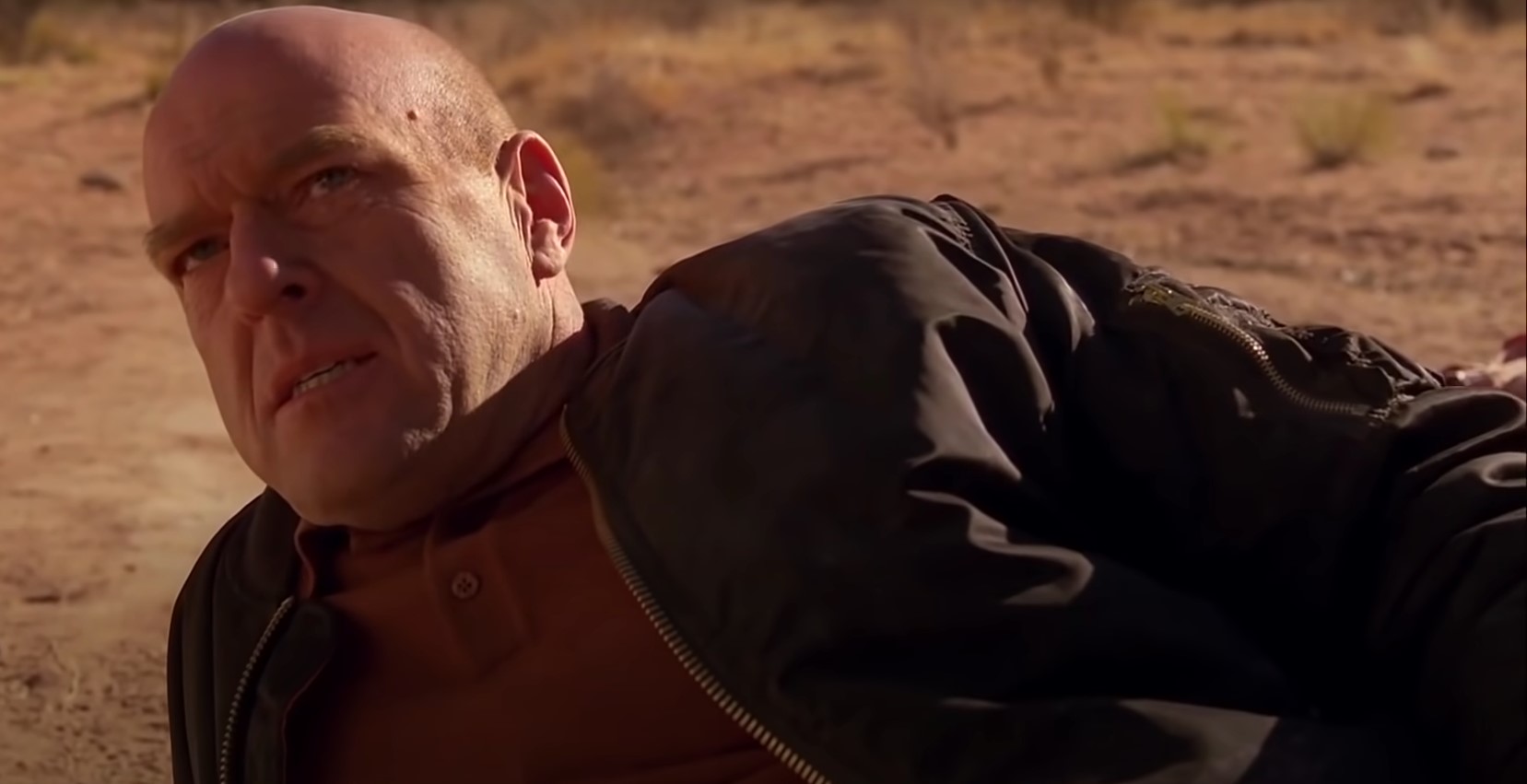 After killing Hank, Jack and his people bury them in the same hole where Walt had placed his money. In the series finale, titled ‘Felina, Walt kills Jack in a scene resembling the one involving Hank’s death. However, unlike Hank, Jack tries to beg for his life in his last moments.