Will Kim and Saul Stay Together in Better Call Saul? Theories 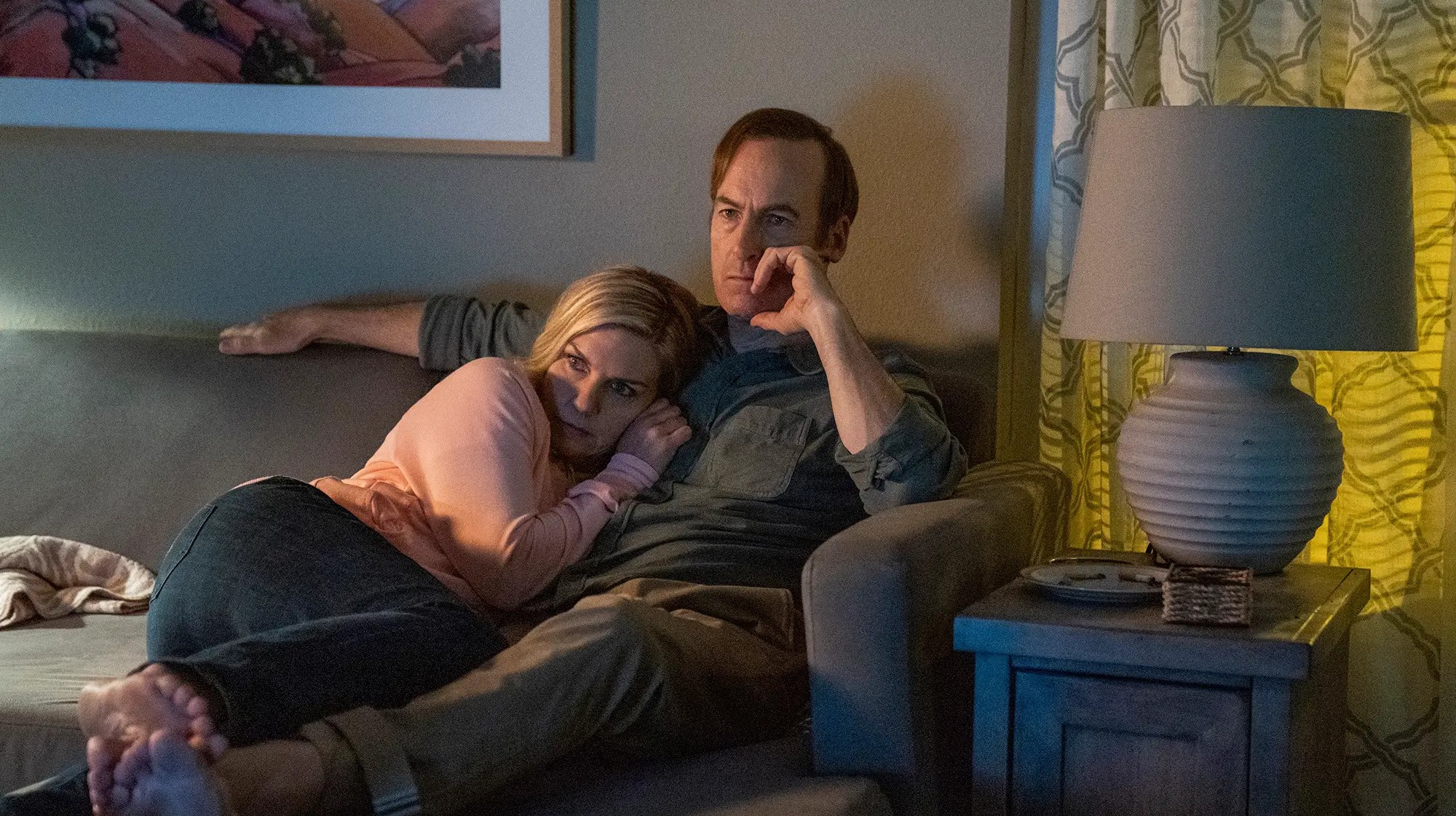 While Saul was introduced in the second season of the original series, ‘Breaking Bad,’ Kim makes her first appearance in the franchise in the prequel series. Initially, Kim is depicted with a strong sense of morality and conviction, but as the series progresses, it becomes increasingly apparent that there is darkness within her. Saul and Kim eventually get married in season 5 episode 7, titled ‘JMM.’ If you are wondering whether they will stay together, here is what you need to know. SPOILERS AHEAD.

Will Kim and Saul Stay Together?

In ‘Breaking Bad,’ Saul is a very important component of the narrative. So, we should have seen Kim in that show if she still were part of his life. But as we know, that isn’t the case. The ‘Breaking Bad’ universe rarely offers its inhabitants happy endings, though exceptions such as Jesse Pinkman are known to exist. But in Jesse’s case, the ending he gets is more optimistic than happy. It’s possible that Kim was always there with Saul in ‘Breaking Bad,’ but she remained beyond what the audience could see. According to Odenkirk, there is a chance that Kim was there with Saul, but it’s unlikely. He also seemed to think that simply killing Kim off would be a cop-out.

“…I think I agree with most people that while it could be possible for them to be together in that Breaking Bad era, I doubt it,” The ‘Nobody’ actor told Entertainment Weekly.  “I just hope she doesn’t die and I hope there’s some kind of reconnection that they do after it’s all done, when he’s Gene. These guys don’t make people die just to be dramatic. It’s almost easy to make Kim die and then that’s a huge shock to their system. I mean, especially based on what she does at the end of season 5 where it sounds like she might have a loose hair or having had an aneurysm and we’re going to see how much damage an aneurysm can really do in the next season.”

Seehorn seemed to agree. She also reflected on how the complex relationship between Kim and Saul invokes conflicting emotions even within her. “It’s so hard to say,” she said. “As an actor, I don’t want to get out of the sandbox. I love them together, but I’m also incredibly frustrated by them together. I agree with Bob that I think it would be too simple to just kill her off to get rid of her. But then again, the writers continually surprise me when I think, ‘Oh well, that’s the end of that story!’ and then it’s not, and there’s some other layer they’ve uncovered with character and relationship and story.”

According to series co-creator Peter Gould, an important piece of the puzzle that can explain Jimmy McGill’s transformation into Saul Goodman is still missing, and the sixth and final season seeks to address that. If that is really the case, then whatever happens with Kim can serve as that catalyst. Even if they end up apart and Kim survives, they can reunite when Saul Goodman has become Gene Takavic.