Is Lifetime’s Here Kills the Bride a True Story? Where Was it Filmed? Who is in the Cast? 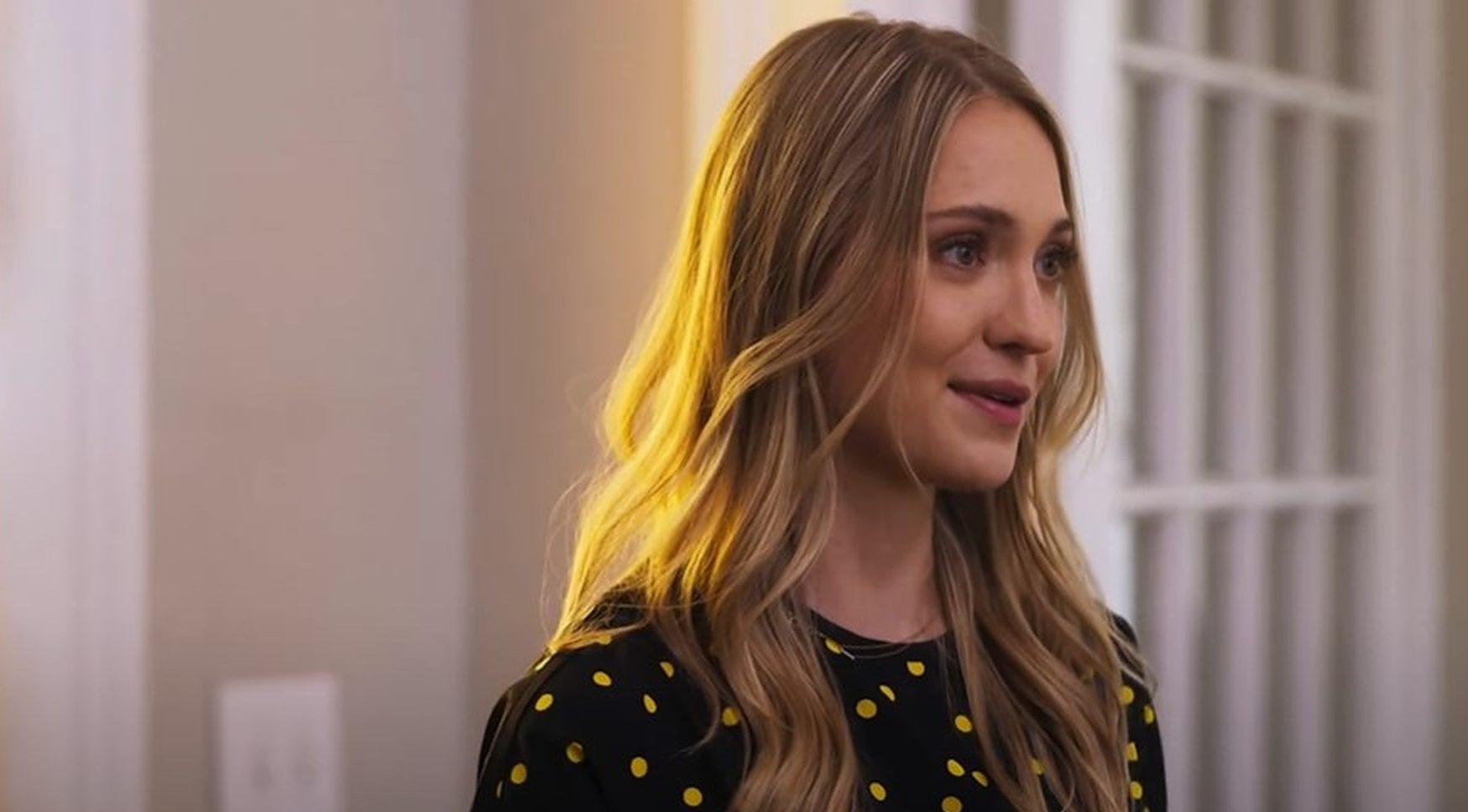 Directed by Michael Feifer, Lifetime’s ‘Here Kills the Bride’ is a thriller film that revolves around Jasmine, her brother Carlos, and Carlos’ suspicious fiancée named Grace, whom he met in a strip club. Jasmine is sure that there is something off with Grace, and with the wedding just around the corner, the former gets forced into a set of dangerous events that puts her life at risk. However, the bride-to-be Grace has a destructive past and does not hesitate to take extreme measures for her happiness.

The violent tendencies of Grace are depicted quite clearly by using clever visuals and the change in the backdrop as she pretends to be a loving woman in front of Carlos when in fact, she is far from it. Her two-faced character is portrayed quite realistically through this thrilling narrative. So, in case these factors have got you wondering about the inspiration behind the movie and where it was filmed, allow us to answer all these questions for you!

‘Here Kills the Bride’ was filmed entirely in Georgia, specifically Peachtree City. Located in the Southeastern region of the United States, the state of Georgia is known for its diverse landscapes, flora, and fauna. These features make it a prominent production destination for different filming projects, including this Lifetime thriller. The principal photography for the movie seemingly took place for three weeks in April 2021. Now, let’s navigate through the specific locations that appear in the movie!

The production team of ‘Here Kills the Bride’ utilized the locales of Peachtree City, the largest city in Fayette County in the state of Georgia. The cast and crew members seemingly shot several interior and exterior shots across the city. Located in South Metro Atlanta, the city is home to three major lakes, including Lake Peachtree, Lake Kedron, and Lake McIntosh. There have been other Lifetime productions filmed in the city, such as ‘Drop Dead Diva.’ Moreover, the city has appeared as a backdrop for various other filming projects, including ‘Ant-Man,’ ‘Joyful Noise,’ ‘The Walking Dead,’ and ‘Two Roads.’

Erin Pineda portrays Jasmine in the Lifetime thriller. The actress and writer might seem like a familiar face as she plays the role of Helen in ‘American Princess.’ Other than that, she also appears in the TV series ‘Grace and Frankie,’ ‘Criminal Minds,’ and ‘No Activity.’ In addition, Ashlee Füss essays the role of Grace. She is known for her roles in ‘2 Broke Girls,’ ‘American Crime Story,’ and ‘Grey’s Anatomy.’

Is Here Kills the Bride Based on a True Story?

No, ‘Here Kills the Bride’ is not based on a true story. The thrilling narrative can be credited to the creative mind of Michael Perronne, who has written other screenplays for thriller films, such as ‘Saving My Daughter.’ Thus, it should not come as a surprise that Perronne has managed to come up with another unique and thrilling plot with several realistic elements. 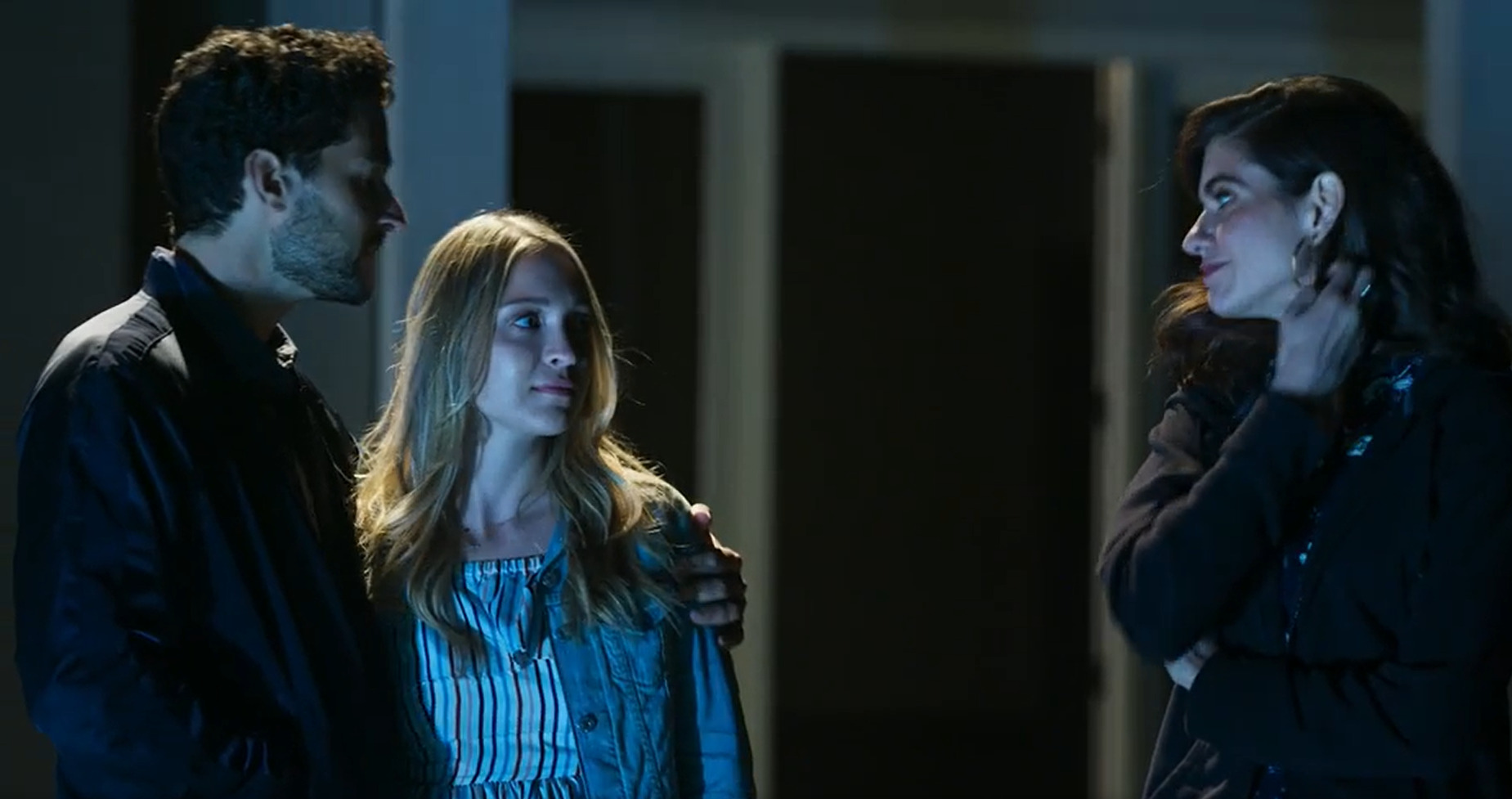 The Lifetime thriller involves Grace — a two-faced bride-to-be — who eliminates anyone who comes between her and her happiness, even if it means getting her hands dirty with blood. When her fiancé’s sister Jasmine finds her suspicious, Grace is forced to take extreme measures on her wedding day. This similar characteristic of a violent bride-to-be is seen in several other movies and TV shows. One solid example of a similar character is Stephanie in ‘The Perfect Bride.’

Just like Grace, Stephanie wins the heart of her future husband Ted but remains suspicious in the eyes of Ted’s sister, Laura. She also has a particularly dark past and tends to kill men on the eve of their weddings. Thus, the subject of a seemingly loving woman hiding her murderous tendencies from her future husband is not something we have not witnessed on screen before. So, despite the involvement of such true-to-life elements, the fact that ‘Here Kills the Bride’ is not rooted in reality remains.