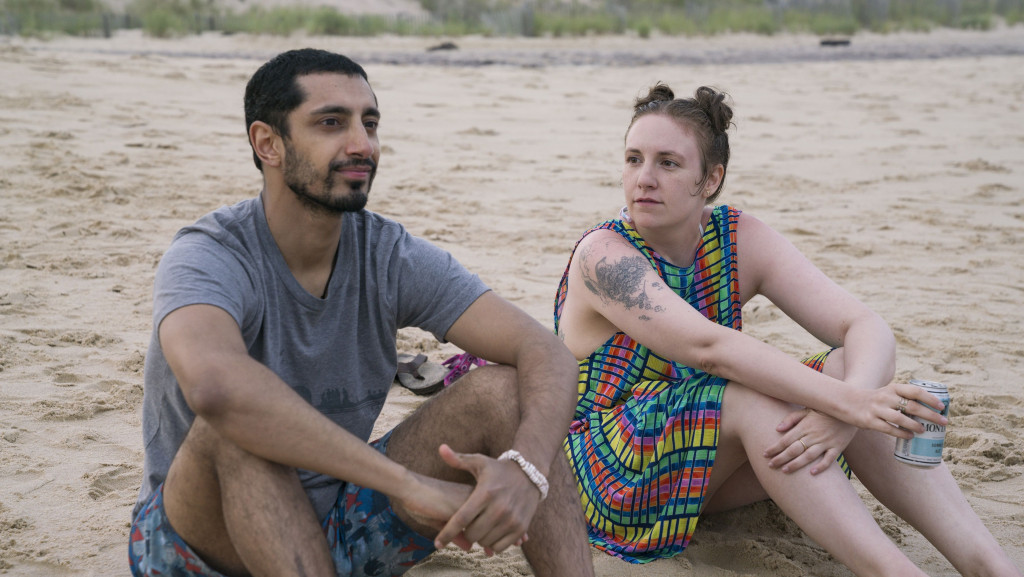 The small screen has seen a massive advancement in viewership over the years. With a digital platform and freedom of not adhering to the censorship laws, television often portrays topics and themes which would be tough to do on the big screen.

This freedom involves the graphic portrayal of sex. For this list, I have taken into account where the sexual scenes involve extensive nudity and often cross the line between television and pornography. The shows on this list adhere to sex in their primary narrative; therefore, shows such as ‘Game of Thrones’ and ‘Spartacus’ have not been taken into account. We have a separate list for that. The shows on this list are not just selected on the basis of the portrayal of sex but also its quality as an art form – so do check them out. So, without further ado, here is the list of top TV shows like porn. 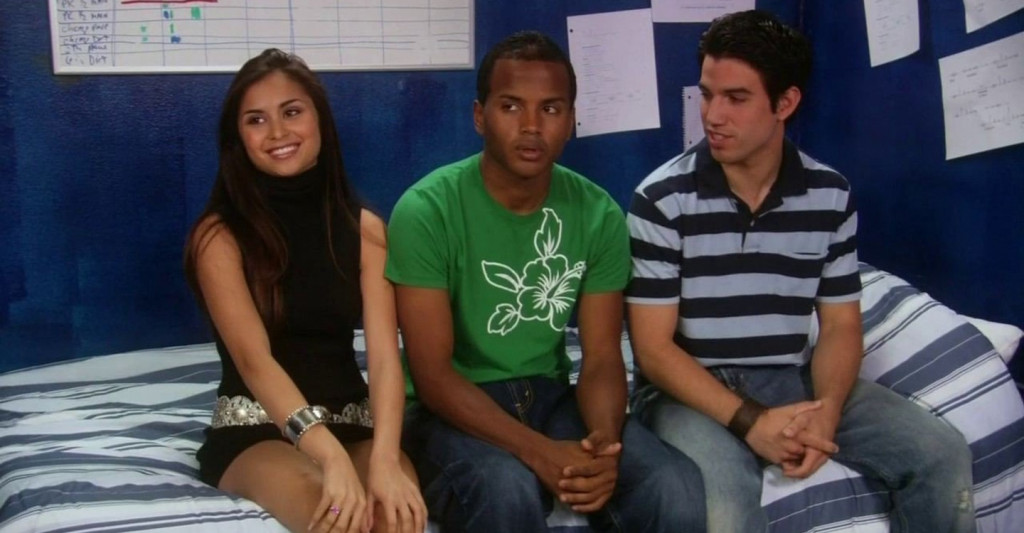 Created by Marc L. Greenberg, ‘Co-Ed Confidential’ stars Kevin Patrick, Michelle Maylene, and Bradley Joseph and follows a frat house notorious for parties, which is turned into a co-ed residence for four freshmen under the supervision of a graduate student and her occasional boyfriend, a party animal from the closed fraternity. The “Co-Ed” involves raunchy scenes, and every episode is teeming with them. 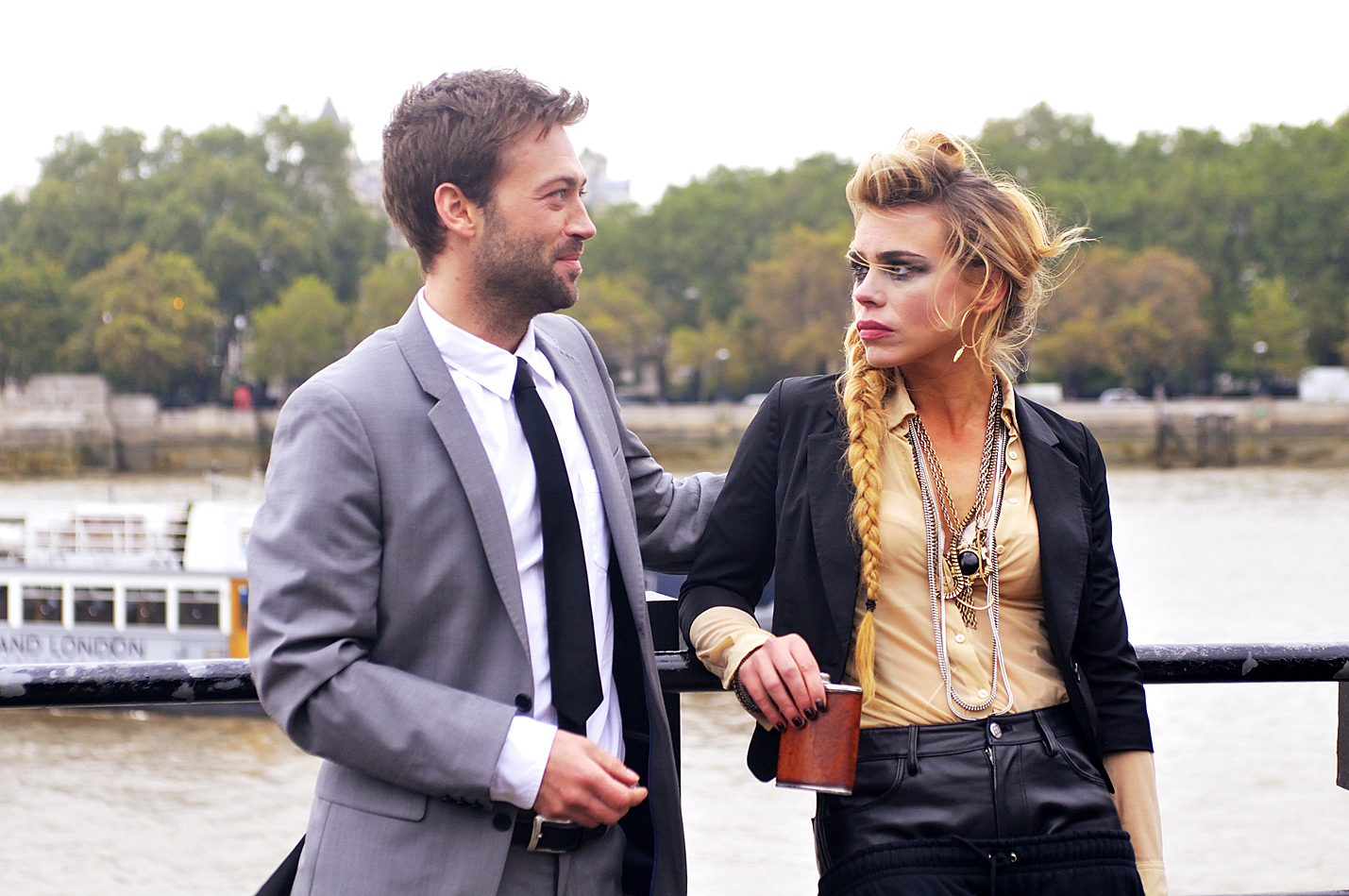 While it is not as highly rated as other shows on this list, ‘Secret Diary of a Call Girl’ is a deep insight into – as the name suggests – the life of a call girl. Created by Lucy Prebble, the show stars Billie Piper as Hannah Baxter and her life and various sexual encounters as a call girl. ‘Secret Diary of a Call Girl’ is certainly quite similar to ‘Sex and the City’ in terms of the comical representation of sex. Nonetheless, the graphic scenes certainly certify the show as an intensely graphical sex parade. 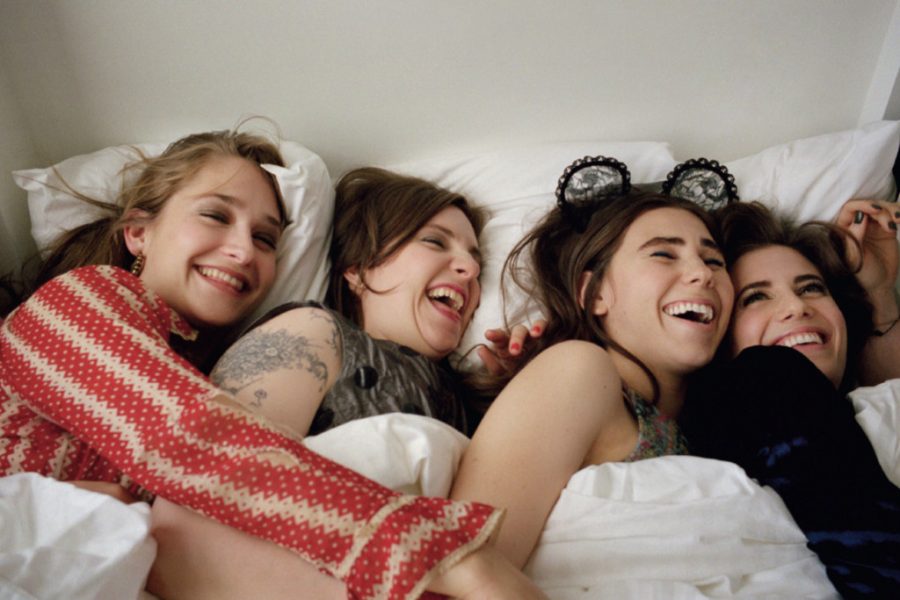 Created by actress Lena Dunham, who also stars in it, ‘Girls’ follows the lives of four young women living in New York City and explores the life of the protagonist, Hannah Helene Horvath, essayed by Dunham, a Hungarian American aspiring writer who is cut off financially from her parents as she navigated through life with some seemingly unfortunate decisions. The show frequently shows various kinds of sexual intercourse and female and male nudity. A comedy-drama written on the lines of ‘Sex and the City,’ the show, while definitely having several cringe-worthy scenes, doesn’t lack nudity and intercourse one bit. 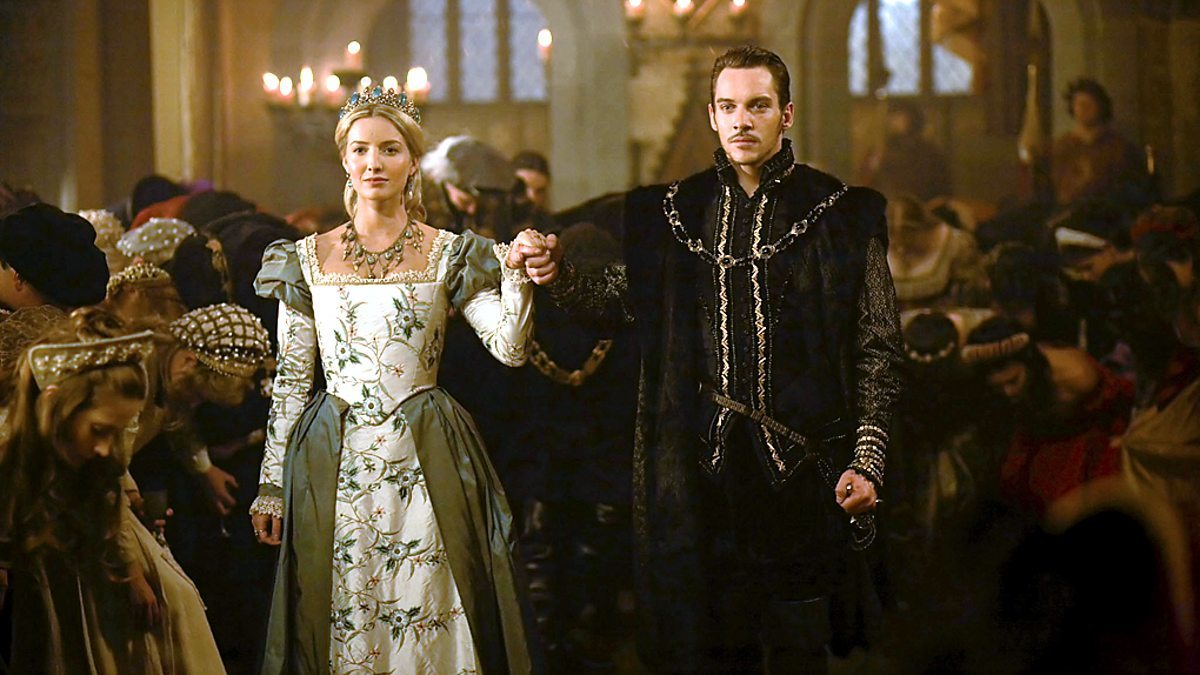 While most historical war T.V. shows in the modern era have focused primarily on the grotesqueness of battle, such as ‘Game of Thrones’ (2011-) and ‘Spartacus’ (2010-13), ‘The Tudors’ chooses to lay emphasis on its protagonist, King Henry VIII (Jonathan Rhys Meyers), his reign, mistresses, and marriages. ‘The Tudors’ does not follow the actual timeline as recorded in history, giving it a narrative license of indulging in other plot lines and motives. The show is teeming with sex scenes as it unravels the king’s darkest and raunchiest fantasies which have been interpreted as borderline pornography.

With a title such as this, nothing less can be expected. Adapted from the biography ‘Masters of Sex’ (2009), written by Thomas Maier, the show chronicles the early lives and work of two American sexologists, Dr. William Masters (Michael Sheen) and Virginia Johnson (Lizzy Caplan). The duo study human sexuality, so sex scenes are more surprising and shocking, given that it traces back the conservative societies of the 60s. 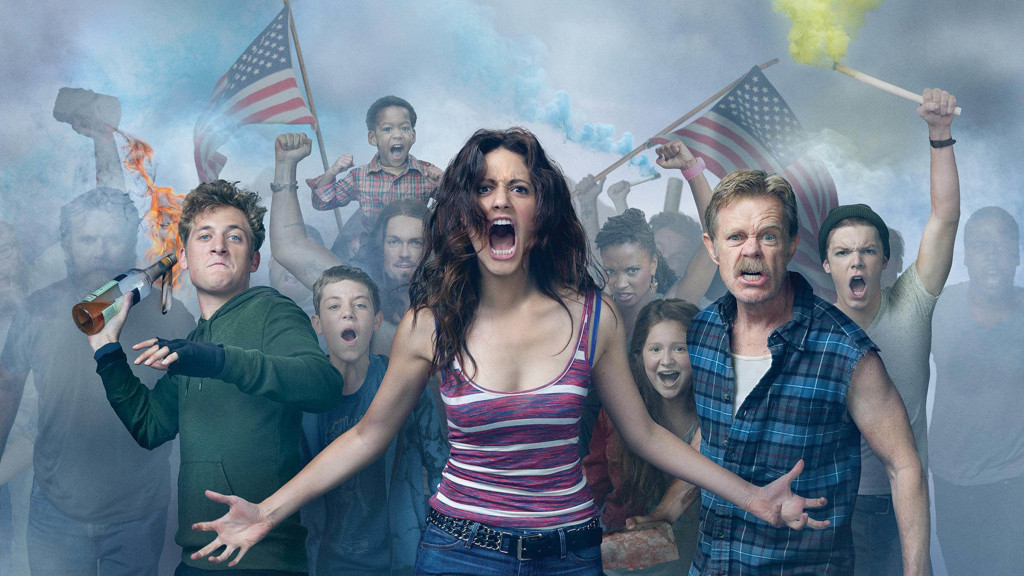 A comedy-drama developed by John Wells, ‘Shameless’ is unsettling, disturbing, and unusual to its very core. Based on a British series by the same name, which aired from 2004 to 2013, the comedy-drama stars William H. Macy and follows the Gallagher family as they navigate their way through our strange and seemingly perpetually naked world. With graphic sex scenes, the show might seem pleasing to the imagination. However, the show depicts sexuality with realism, which is not pleasing at all. Nevertheless, with its often eye-boggling scenes, ‘Shameless’ might as well qualify as a pornographic show for many.

Adapted from the British series created by Russell T. Davies, ‘Queer as Folk’ was the drama series on American television to portray the lives of gay men and women. ‘Queer as Folk’ has been praised for portraying the most realistic sex scenes in film and TV history and was the first show to feature a simulated sex scene between two men. With an authenticity of homosexuality, the show might seem a tad bit uncomfortable, given the graphic representation, but it is surely a great watch that delves into homosexuality with realism. 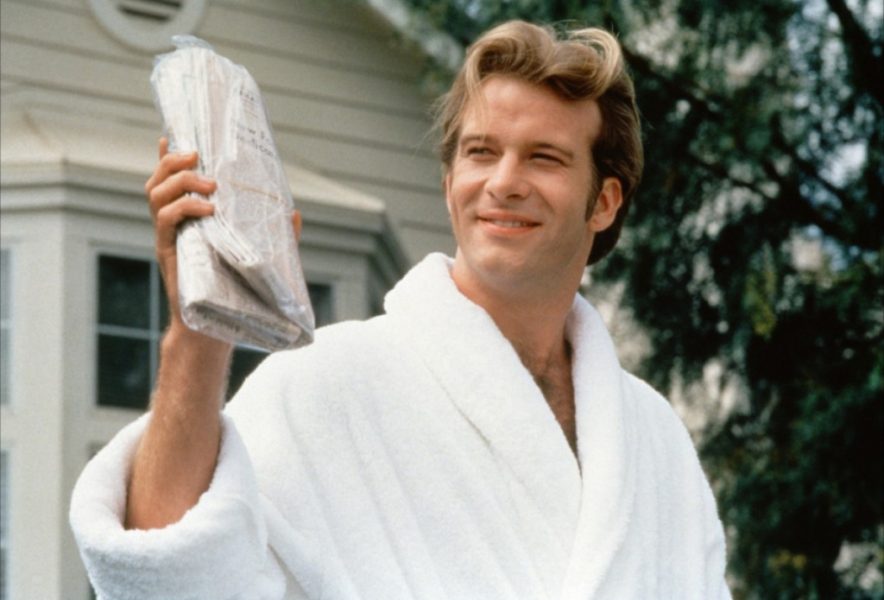 A Comedy Drama, ‘Hung’ stars Thomas Jane as Ray Drecker, a struggling suburban Detroit high school basketball and baseball coach who resorts to male prostitution. With this narrative structure, it’s quite obvious that the show will have ample sex scenes to make every viewer uncomfortable. Created by Colette Burson and Dmitry Lipkin, the show ran for two seasons and was lauded by critics. Actor Thomas Jane was appreciated for his mature take on his character as he added a layer of shades to his character. 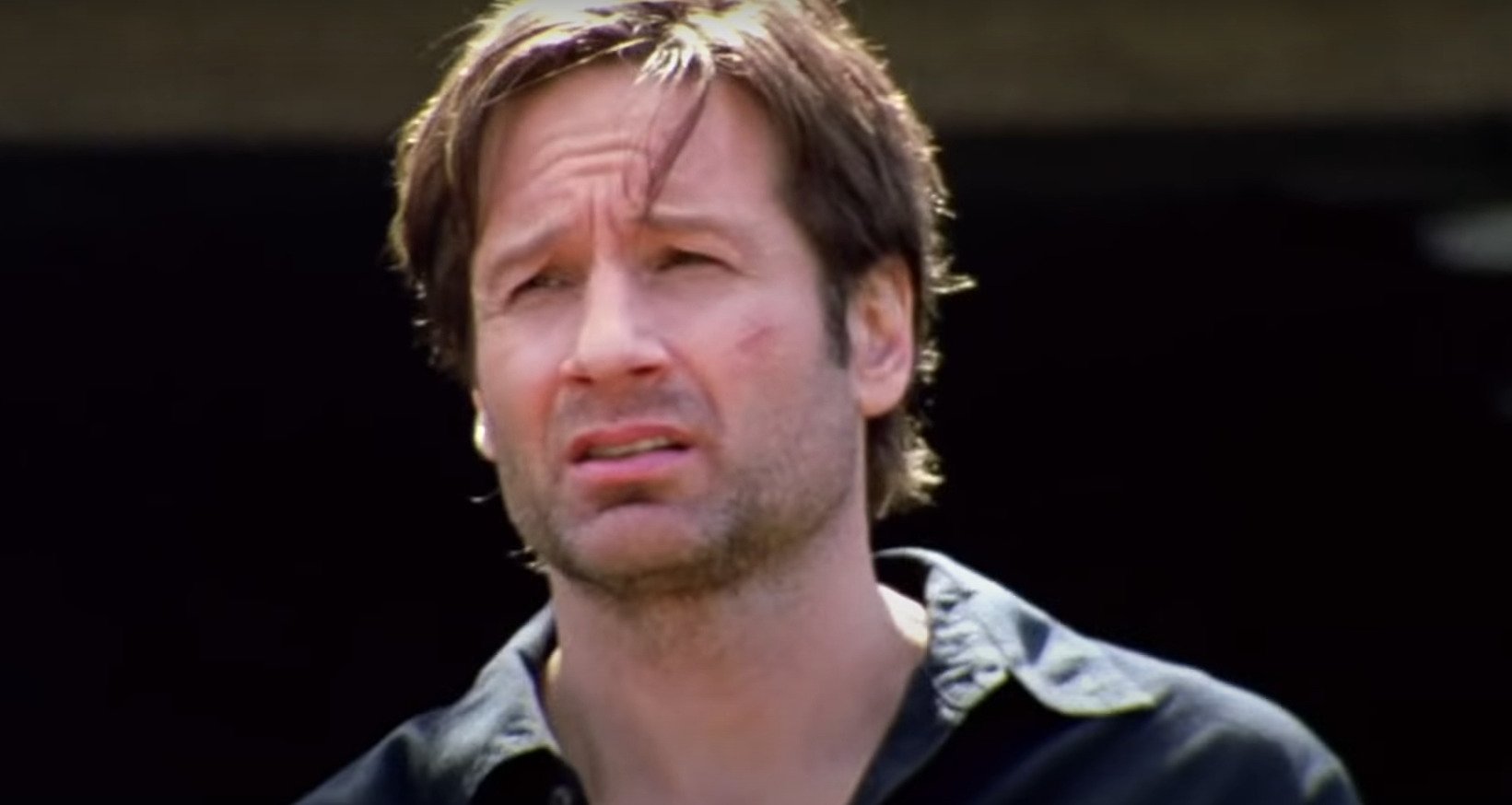 Starring David Duchovny as troubled novelist New Yorker Hank Moody, ‘Californication’ follows his complicated life amidst going through a phase of writer’s block. His drinking and drug abuse complicate his relationships with his partner Karen (Natascha McElhone) and their daughter Becca (Madeleine Martin). His problems are catapulted even more as his usual womanizing persona creates issues in his personal and professional life. While the show is quite an entertaining watch as was favorable among the critical circles, ‘Californication’ seems like an excuse for portraying graphic sex and drug abuse, given its recurring themes of sexuality and drug addiction. However, with a descriptively written narrative, the show provides a deep understating of human emotions, which are often misinterpreted under false pretense.