How Accurate is The Wolf of Wall Street? 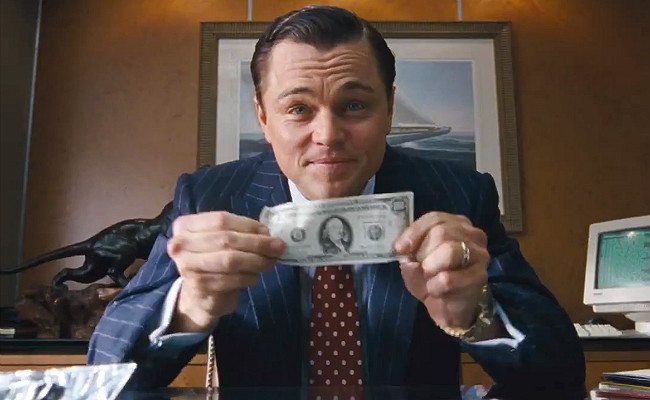 ‘The Wolf of Wall Street’ hardly needs an introduction. The Martin Scorsese-directed movie is the funniest feature film by the acclaimed filmmaker, by far. In fact, the film’s outlandishness has also led several people to consider it as one of the most hilarious black comedies. The Leonardo DiCaprio-starrer was nominated for five Academy Awards. Moreover, it also boasted of several other notable cast members like Matthew McConaughey, Margot Robbie, and Jonah Hill. The film revolves around a stockbroker named Jordan Belfort, who makes tons of money through unfair means.

Is The Wolf of Wall Street Based on a True Story?

Yes, it is no secret that ‘The Wolf of Wall Street’ is based on a true story. Even though some of the scenes in the movie are just downright unimaginable — a midget being thrown like a dart, a chimpanzee being brought to the office, a helicopter crash — most of the film is inspired from real events. Scorsese does take some creative license, but not as much a one would think.

‘The Wolf of Wall Street’ is based on a memoir that revolves around the life of, and is written by Jordan Belfort. Belfort was the founder of Stratton Oakmont, a brokerage firm. “It was in his position as founder of Stratton Oakmont that Belfort committed the illegal activities which would ultimately send him to prison. Stratton Oakmont participated in a number of different frauds, including pump-and-dump schemes to artificially inflate the price of penny stocks,” according to Investopedia.

How Accurate is Wolf of Wall Street?

A large chunk of Belfort’s time at Stratton Oakmont from its founding to its demise is captured in ‘The Wolf of Wall Street.’ However, viewers must have wondered how much of the movie is true, and how much of it did not actually happen.

Firstly, in the movie, Belfort (DiCaprio) and Donnie Alzoff (Jonah Hill) meet in a restaurant after the latter gets impressed by the former’s Jaguar. Well, in reality, the “real name” of Donnie Alzoff was Danny Porush. Porush and Belfort met through the former’s wife.

Moreover, there is a scene in the movie in which Belfort is about to quit, but changes his mind while giving a speech to his employees. He ends up announcing that he is going to stay after all. In reality, Belfort made no such speech. He did resign officially and let Porush be the face of the company. He ran Stratton Oakmont from “behind the scenes” but did not tell his employees that he was not leaving, according to an interview with Belfort by London Real.

Furthermore, a dramatic moment towards the end of the film is when Belfort’s yacht sinks. The timing of the sinking of the yacht and the plane crash was played around with to better suit the narrative. The yacht did sink, in reality. And the plane crashed too. However, the events happened with a week’s gap between them.

Apart from that, there are several minor events that have been fabricated in the film. For instance, midgets weren’t actually thrown like darts, as portrayed in the movie. Plus, a chimpanzee was also never brought into the office. However, midgets were invited to attend at least one office party.

It wasn’t just Parush’s name, which was changed for the sake of the movie. The name of Belfort’s (ex-)wife, in reality, is Nadine Caridi. However, in the movie, she is called Naomi. Lastly, Belfort was never called “the wolf.” That too was just Scorsese taking creative license. However, most of the other things depicted in the movie did actually happen, and that is certainly way more shocking. The F.B.I. agent that caught Belfort told the New York Times, “I tracked this guy for ten years, and everything he wrote is true.”