How Does the Love Is Blind Cast Choose Their Rings? 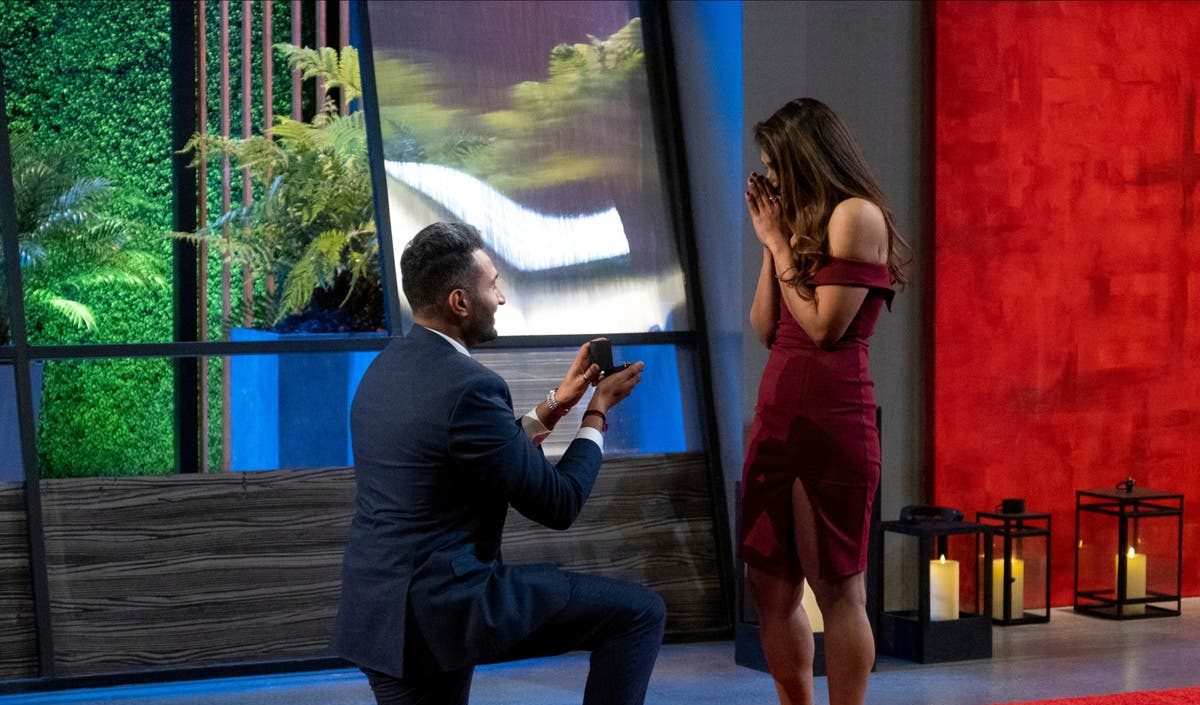 As a reality dating series that lives up to its title by focusing purely upon authentic, deep emotional connections before the physical, Netflix’s ‘Love is Blind‘ is truly unlike any other in the genre. After all, it centers around a group of diverse singles as they meet, mingle, fall in love, and get engaged sight unseen, only to soon answer whether they really are ready to promise forever or not.

This captivating production has been around for a while now (since 2020) — but let’s be honest, there are still a few specific questions regarding its inner workings that need to be cleared for good. Amongst them is the ring situation, especially as its whole fundamental concept involves an actual proposal and, thus, traditionally, the token of a ring — so here’s what we know about the same.

Does the Love Is Blind Cast Get to Pick Their Own Rings?

Although some cast members — like Kyle Abrams from season 2 — bring their family rings just in case they find their forever partner and wish to get down on one knee, not everyone does that. Therefore, the show itself comes through and buys a true engagement ring based on the potential couple’s preferences, which they ultimately get to keep regardless of their relationship’s outcome.

“If [any participant wants] to propose and want to have a ring to give, we provide — up to a certain level — a ring for them to do that with,” series creator Chris Coelen candidly told Variety back in early 2022. “If they choose to do that, we actually give choices. There are, like, 10 or 12 different styles and colors. It’s up to them; they don’t have to. There’s no pressure to do that.” He even added that women can take the lead and ask their interest to marry her, yet “most say they don’t want to do that. We always tell them, this is your story. No one is stopping anyone.”

As for where precisely these beautiful bands come from, they (season 2 onwards) are the product of Bridal Rings Company, an upscale family jewelry business in Los Angeles, California. Chris also once said, “Since they were in the facility and weren’t able to go out into the ‘real world’ at that point, they couldn’t have been able to go [to a shop]… It’s obviously such a gigantic moment in people’s lives that we wanted it to be as authentic to them as it possibly could be.” As if that’s not enough, they reportedly give cast members the liberty to discuss potential choices with their women to ensure the latter get their preferred style, cut, color, etc.

The individuals to feature in the original have actually since confirmed this ring selection process, with season 3’s Brennon Lemieux and Bartise Bowden recently reiterating the same to Women’s Health. The latter, who got down on one knee for Nancy Rodriguez, clearly explained, “I think we had an option of like seven to 10 rings to rate based on the pod days. Because that’s something you would talk about on a pod date with your potential fiancé is what kind of ring do you like, so the guys had to rate which ones we thought our women would like the most.”

Coming to the price aspect, according to a candid Netflix representative to PopSugar, the show bears the entire cost of the ring all on its own. “Whatever they choose, we pay for. Whatever we pay for, they keep, regardless of engagement ending.” However, if a participant does want to customize a chosen ring, they’d most probably have to pay out of pocket for any change or embellishment they decide on.

Then there are the actual wedding bands. Well, because the cast is already back in the real world by this point, and these circlets mark a new chapter of their lives, they apparently have complete control over it. The show seemingly isn’t involved in this ring selection process one bit.

Read More: What is the Significance of The Gold Glasses in Love is Blind?