How I Became a Gangster Ending, Explained: How Does Chief Save Walden? 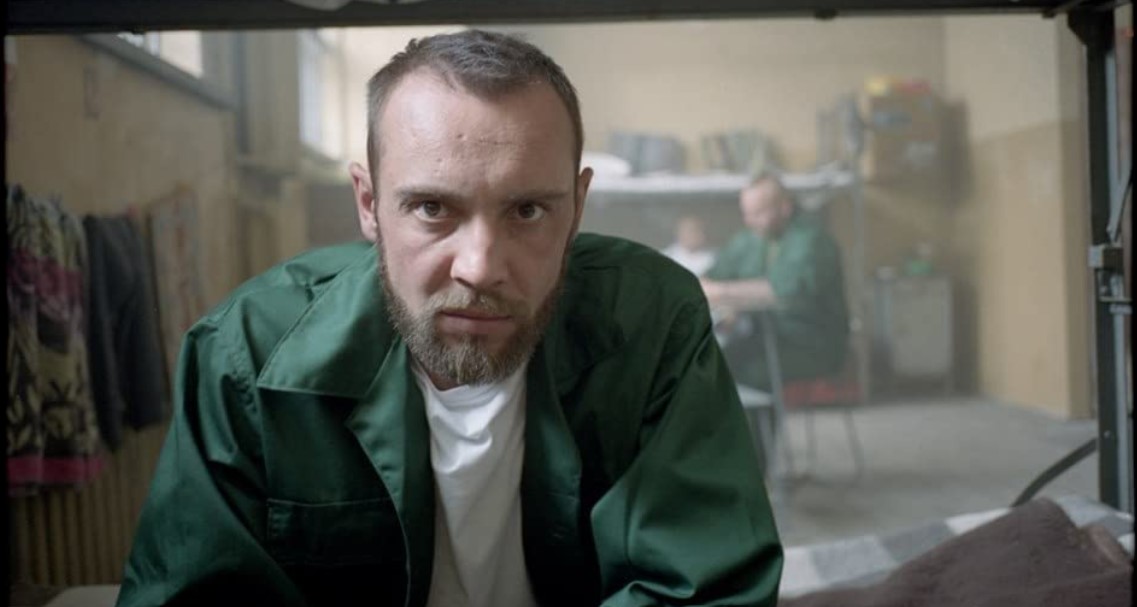 Maciej Kawulski has helmed the crime movie ‘How I Became A Gangster.’ The Polish film dives into the unknown and unseen aspects of a Polish mafioso’s life and experiences. Starting right from his childhood to his adult years spent as a gangster, the movie charts his trajectory and growth. The Gangster, lovingly called Chief by his crew, only cares about the love of his life and his best friend, Walden. Apart from them, his life only revolves around getting more powerful and sustaining that power.

The 2020 Netflix movie is based on real events with a few alterations to protect the people involved. It displays the inner workings of the Polish underworld. Furthermore, the protagonist adheres to his set of codes and rules, which offer an air of authenticity to the plot. The movie features Marcin Kowalczyk, Tomasz Wlosok, and Natalia Szroeder in central roles. With intriguing twists and turns, the thrilling story is a rollercoaster ride. Here’s how the ending of ‘How I Became a Gangster’ unfolds. SPOILERS AHEAD!

How I Became a Gangster Plot Synopsis

With a comprehensive timeline and overview of events in the mafia of Poland, the plot evolves gradually. It starts in 1977 when the unnamed protagonist is just ten years old. He picks random fights and gets into trouble very often. Living with a caring and loving family, he does not understand where his need for rebellion and thrill comes from. When he sets his eyes on a couple of gangsters living a free life, he aspires to become like them someday.

Consequently, he begins his eventful journey toward dominating the country as a mafia leader. In 1984, he starts a business providing prostitutes to Arab businessmen. He makes good money and pays his partners, the sex workers, their fair share. Values, ethics, loyalty, and character are of utmost importance to him. He never does it for money or wealth. All he desires is the rush of power and adrenaline in his life.

In 1996, he works for Magi, a top mafia boss in Poland. They organize a robbery of two million from a moving car. The operation is successful, and they get the money safely. To feel the rush of power, the Gangster picks a fight with three random men. Ironically, he gets arrested for that and not the robbery they performed. However, Magi puts a dumb person in charge of the plan, which leads to everyone knowing how it went down. Eventually, all the robbery perpetrators are caught and sentenced to prison.

The Gangster gets out of jail after 18 months. He wants to work on his own terms, so he forms a crew of trusted men. One of his crew members, Walden, becomes like a son to him. The crew lovingly calls the Gangster’ Chief.’ With a shared code of conduct, Chief and his men perform robberies, heists, and “clean out the city.” As the crew gets settled in their roles, Chief finds the love of his life, Magdalena. They start dating and get married. Chief’s parents and Magdalena are unaware of what he does for a living. They think he works in a garage or as a taxi driver.

Things start getting hasty when the mafia boss Daniel contacts the Chief. After the downfall of the Pruszkow group, Daniel takes over the business and rules at the top. Chief joins hands with Daniel, and they start working together. Chief has always been a preacher of staying low and maintaining a silent profile. Attracting too much attention is unnecessary in their business. On the contrary, Walden grows hungrier for power and more control. Chief finds it difficult to control him and curb his actions. Drugs and alcohol also impact Walden’s state of mind. The ultimate fate of Chief and Walden is unraveled in the climax of the movie.

How I Became a Gangster Ending: How Does Chief Save Walden?

Walden suggests to Chief that they should overthrow Daniel and take his job for themselves. As Chief believes in loyalty and integrity, he shuts him down. Chief realizes that he has made Walden into a greedy monster. When a shootout happens between thugs and a few police officers, things take a turn for the worse. After the death of a few police officers, law enforcement agencies become stricter, and they raid every mafia-related house. In the process, Chief gets arrested for something he did not even do. 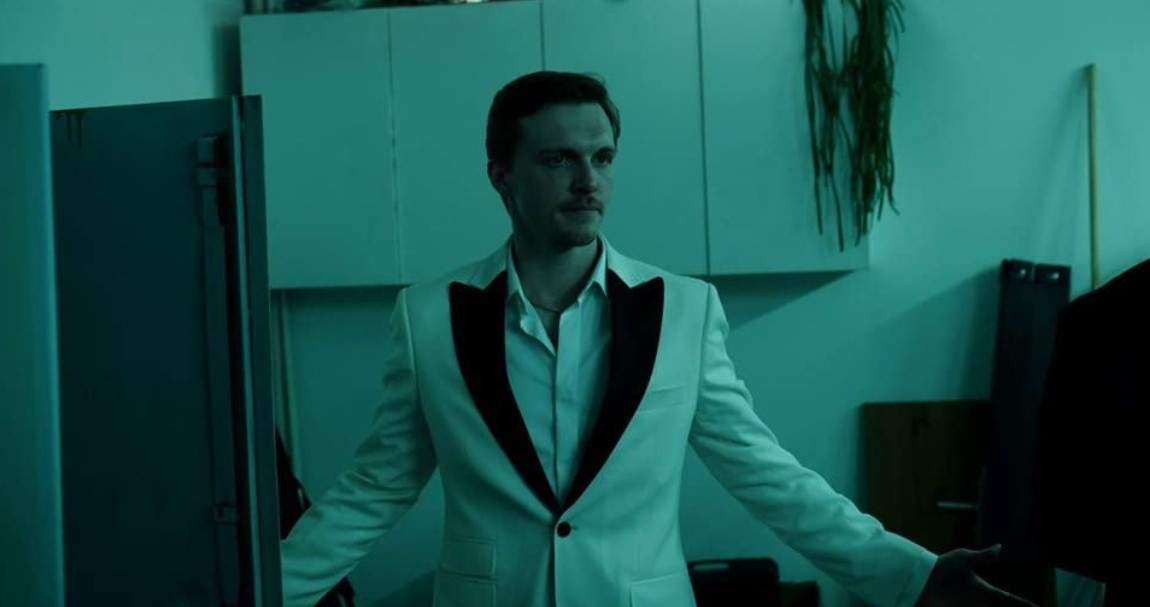 Moreover, his presence in prison causes Daniel’s life to be in danger. As expected, Walden puts a hit on Daniel and flees when it fails. Daniel brings Chief out of prison and asks him to hunt and kill Walden. Caught in a dangerous situation, Chief thinks with his wits and takes action. He plans to teach Daniel a lesson as he asks him to kill Walden, who is like his family.

When Daniel’s prized shipment comes into the harbor, Chief makes fake police officers pretend to raid the cargo. In doing so, Chief’s men steal the drugs and set the cargo on fire. Additionally, it is also revealed that Chief does not kill Walden. He sedates him into slumber and takes him to a ship along with Magdalena and Walden’s girlfriend, Violetta.

In the end, Chief stands true to his values and code of conduct no matter how dire the consequences are. Walden acts rashly and does some bad things, but Chief proves he will always be his family. The situation shows Chief’s brilliant presence of mind and his strict adherence to his principles. His trust in his actions never wavers. Chief can go to any lengths to protect his loved ones. For Walden, Chief leaves his life and his power behind as they go away from Poland.

Why Does Walden Kill Himself?

Walden wakes up from the sedative when they are on the ship overseas. Chief, Magdalena, Violetta, and Walden leave their country behind to start afresh. After betraying Daniel, there is no chance for them to survive, let alone be successful again, in Poland. However, Walden goes out in a haze of fear of leaving his life and career behind. He might be a little high from the cocaine and act like a maniac. Rather than being thankful to Chief for saving him, Walden yells at him for taking everything away from him. 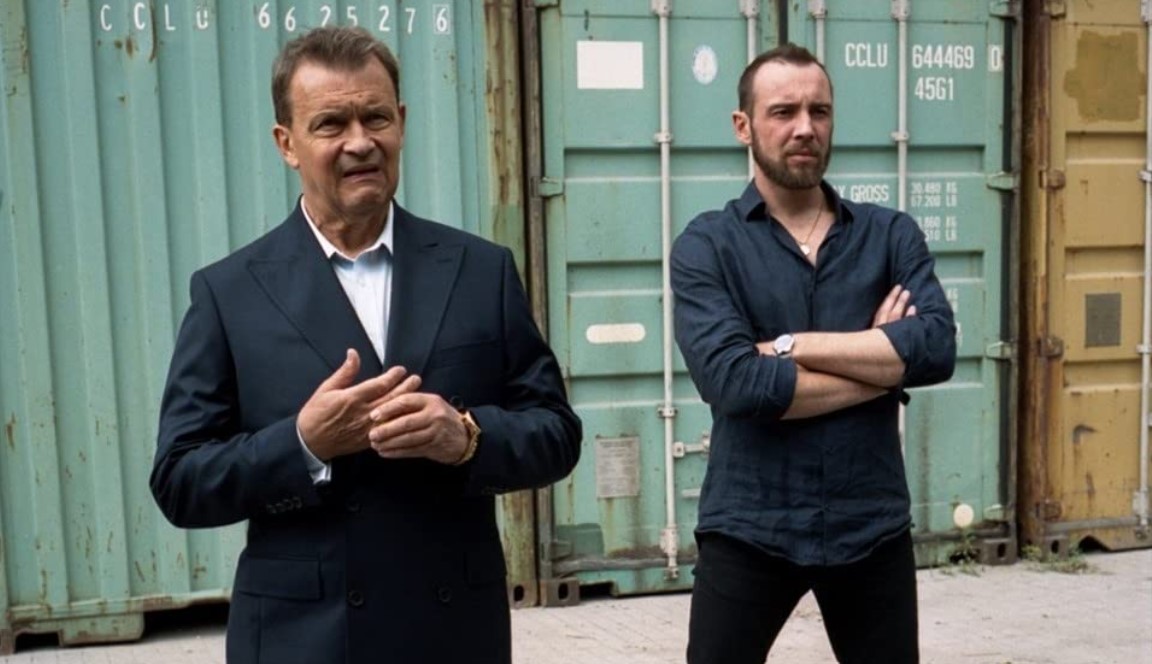 Understandably, Walden is afraid to start afresh as he will have to work hard to become successful again. He aspired to die like a dog if need be, but only in his own country. Meanwhile, Chief tries to persuade him to think about his actions. He tells Walden how much trouble he is in and what will happen once he returns to Poland. Daniel will not leave him alive at any cost.

Nonetheless, when Walden admits to killing a kid, Chief loses all hope. Even Walden himself sees what power and greed have done to him. This realization hits Walden hard. He sees the error of his ways and points a gun at his own head. He pulls the trigger with the acknowledgment that he is beyond saving. Moreover, if anyone found Walden, he would be dead within seconds.

Walden does everyone, most importantly, Chief, a favor by killing himself and putting him out of trouble. In the end, his constant hunger for more thrill and riches in life killed him. On some level, Chief blames himself for Walden’s death. He wrote Walden’s death warrant the moment he included him in the world of crime and the mafia. His death is not by suicide but by murder. Chief admired Walden’s spunk and loyalty. That is why Walden became closer to Chief more than anyone else.

Why Does Chief Go To Jail?

After Walden’s death, something inside Chief clicks. As his wife sees Walden kill himself, she gets scared and runs inside. We believe this induced Chief to think about his past and his actions. His wife, Magdalena, is pregnant. Walden’s death makes Chief think about his unborn child and the impact of Chief’s life on them. 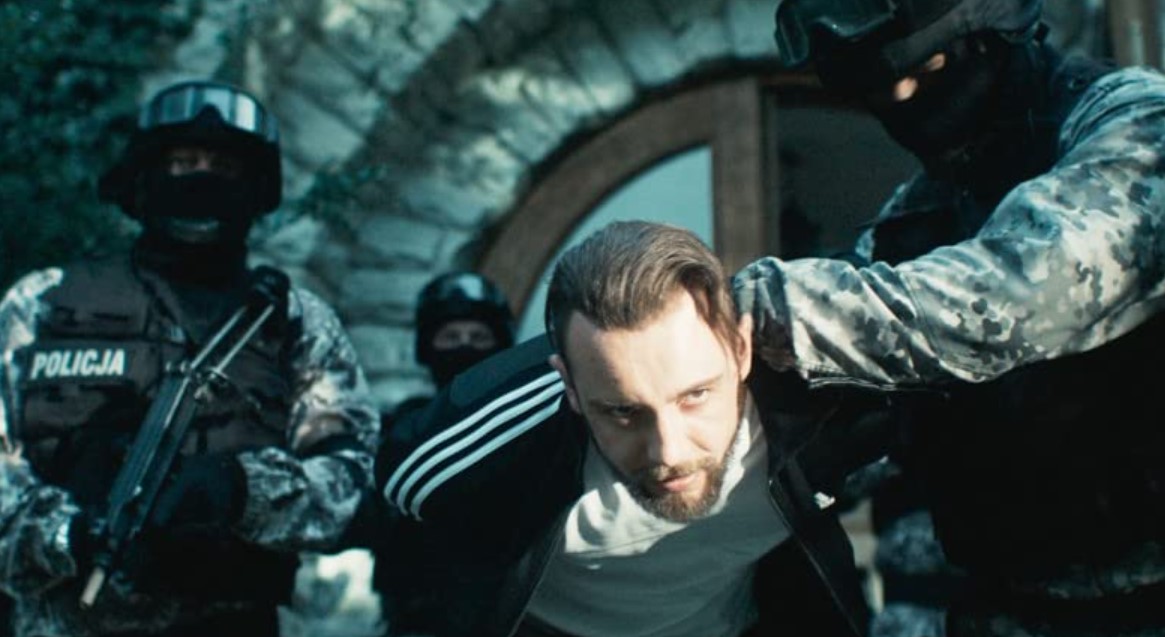 Even though this sequence is unseen in the movie, we believe Chief surrendered to the police to be rightfully punished for his crimes. He always aspired to make the world a better place by following his code of conduct. He thought he could be a gangster and a human at the same time. However, the world lacks humanity, and his actions had to catch up with him at some point. Consequently, Chief spends his warranted time in jail to make things better for himself and his family.

Who Is The Narrator?

The central Gangster, aka Chief, narrates the story in the movie. He is recounting his life and its experiences to his son, who is now a teenager. The film comes a full circle as it starts with young Chief’s misadventures and ends with his son learning from his mistakes. Chief hopes to leave a better legacy for his child. 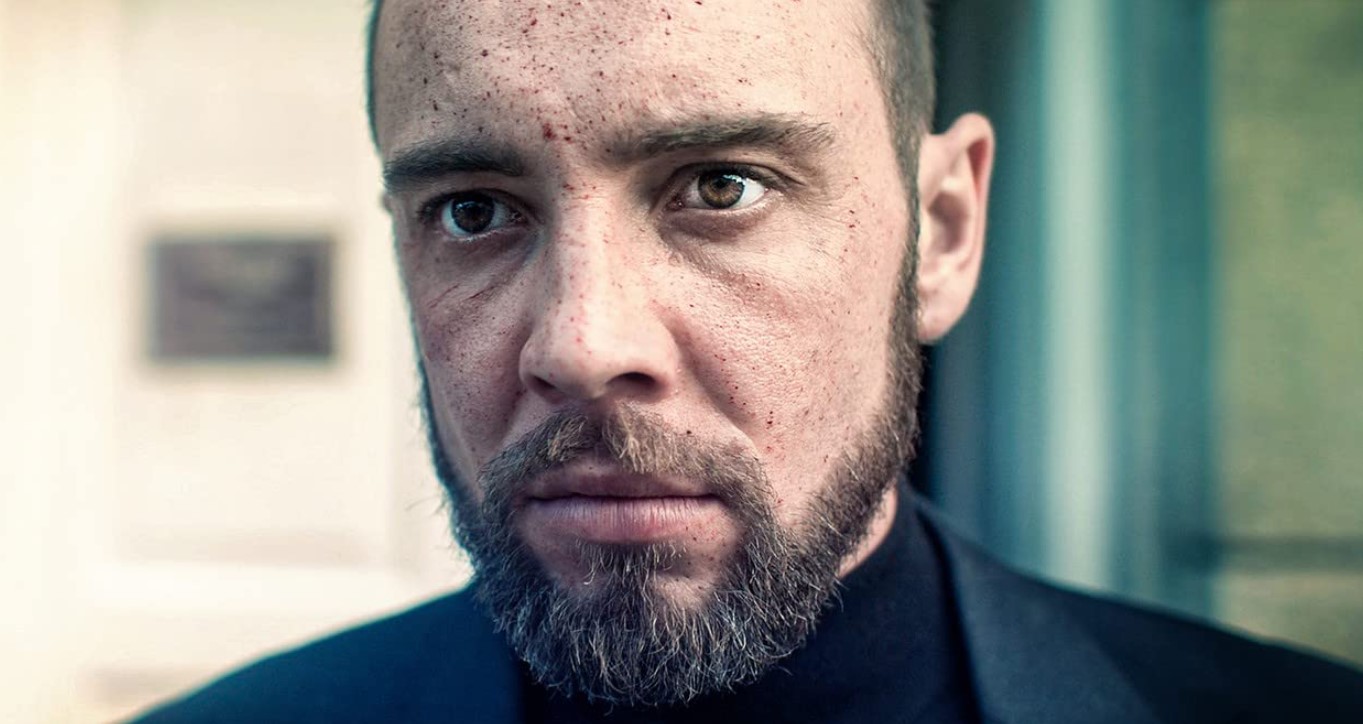 Despite being in prison, his son at least respects him and listens to him. That’s all any father wants. The protagonist’s name is not revealed, but we get an intimate look into his journey as a gangster. Chief lived a tumultuous life with various ups and downs. Nevertheless, he stuck to his beliefs and did what he does best.

What Happens In The Mid-Credits Scene?

The movie has a minute mid-credits scene. After the hazy montage of memories from Chief’s camera and roll credits, a short scene shows the prison gates opening. Furthermore, the gate opens to a new world of opportunities and freedom. This implies Chief getting out of jail, as the whole movie is from his perspective. 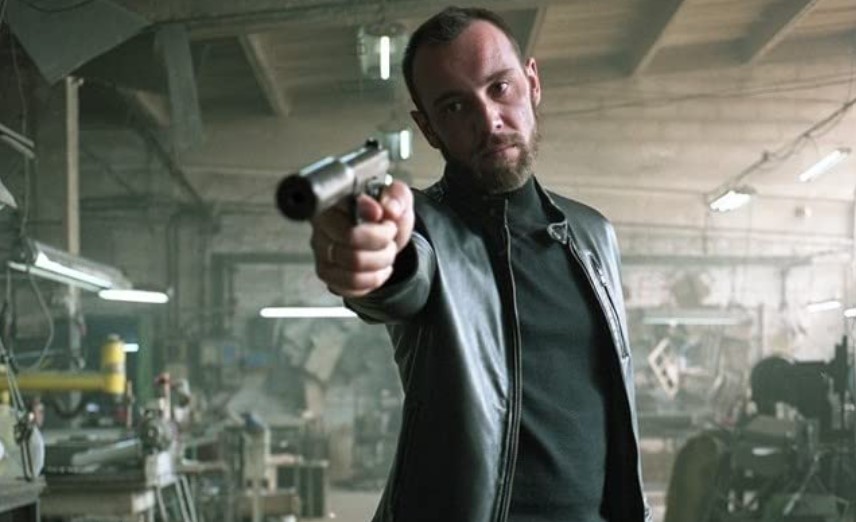 Moreover, the scene holds significant relevance as it shows Chief’s salvation as a father and as a human. After doing time for his crimes, he steps out into the world as a free man. Leaving his mafia past behind, he can truly start afresh and enjoy his time with his family.

Read More: Is Netflix’s How I Became a Gangster Based on a True Story?