How Much Did Kristen Bell Make For Gossip Girl? What Was Her Salary?

‘Gossip Girl‘ premiered in 2007 and immediately became a fan favorite. The teen drama about the lives and many secrets of the wealthy students from a prestigious prep school in New York’s Upper East Side aired for six seasons. Created by Josh Schwartz and Stephanie Savage, the show is loosely based on the book series of the same name written by Cecily von Ziegesar and made actors such as Blake Lively, Leighton Meester, Ed Westwick, and Penn Badgley household names.

The omniscient blogger known as Gossip Girl is a key part of the original show as well as the 2021 reboot series of the same name. Actress Kristen Bell, who provides the voice of the blogger in both iterations, is said to have earned a massive paycheck for her part, and if you are curious to find out how much Bell took home from the new show, we’ve got your backs! Here’s what we know of Kristen Bell’s ‘Gossip Girl’ salary.

How Much Did Kristen Bell Make For Gossip Girl?

Kristen Bell is one of the most popular actresses working in Hollywood. She rose to prominence with numerous film and television roles in the early 2000s. Her breakout performance came as the titular detective in the hit mystery series ‘Veronica Mars.’ The actress is also popular for her voice roles, such as the character of Anna in Disney’s animated feature film ‘Frozen‘ and its sequel Frozen II.’ Among her most popular performances is serving as the narrator of ‘Gossip Girl.’ 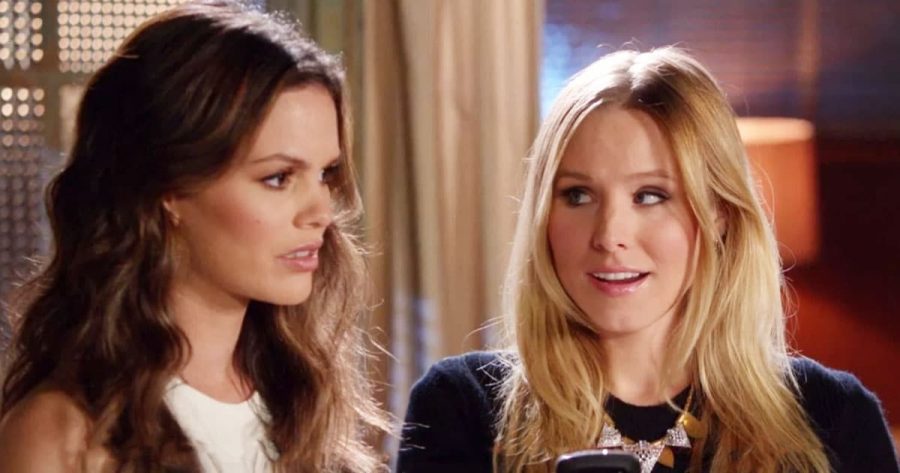 Bell voiced the character of Gossip Girl from 2007-2012 throughout the show’s six seasons. She also serves as the narrator and voice of Gossip Girl for the show’s 2021 reboot. Aside from providing her voice, Bell makes a brief cameo appearance in the series finale of the original show as herself and reveals the real identity of Gossip Girl (which we won’t spoil for you). As far as the actress’ salary for the voice role is concerned, Bell reportedly earned a whopping $125,000 per episode.

However, as lucrative as this figure is, it appears that the reports are untrue. Bell would’ve made close to $15 Million from the show across six seasons at that rate per episode. In contrast, lead-star Blake Lively, who essays the character of Serena in the original show, reportedly earned $60,000 per episode. When the size of both roles is compared, it is clear that Lively’s live-action role is the more prominent one. The actress is also one of the prime reasons for the show’s success and was a regular cast member for all six seasons.

Therefore, it seems unlikely Blake Lively was paid half the salary as Kristen Bell, who only has a voice role in the show. However, stranger things have happened in Hollywood – for example: as per some reports, actor Vin Diesel earned a staggering $54 million for his voice role as Groot in ‘Guardians of the Galaxy Vol. 2.’ These reports also remain uncorroborated, so we advise you to take them with a grain of salt.

In the years since the original series went off the air, Bell’s has become much more sought-after talent thanks to her role as Eleanor Shellstrop on acclaimed comedy series ‘The Good Place‘ and numerous film appearances. It has been reported that Bell received a salary of $125,000. Considering Bell is the most recognizable name on the reboot’s cast sheet and an in-demand actress, the producers of ‘Gossip Girl’ likely had to match that number. Therefore, it safe to assume Bell earned a salary of at least $1.25 million for the ten episodes first season of ‘Gossip Girl’ reboot.