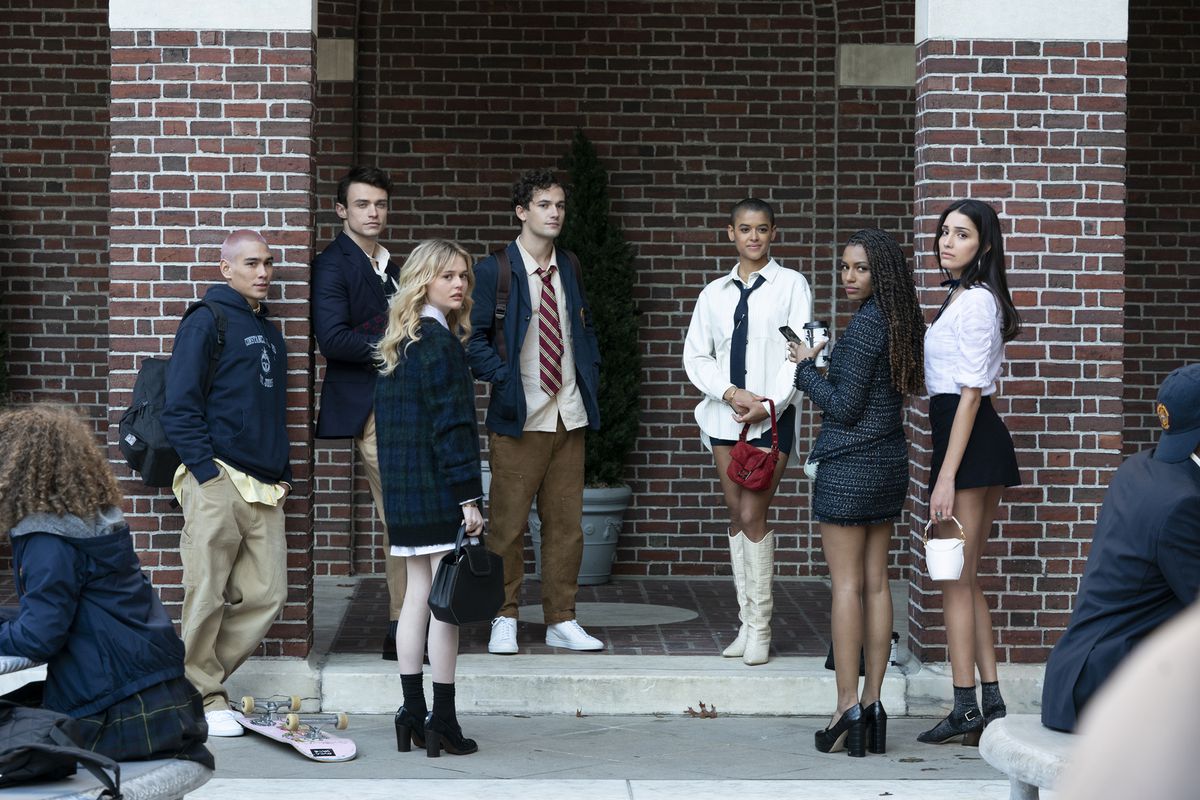 The CW’s ‘Gossip Girl‘ is one of the most beloved television series of the 21st century. The teen drama show created by Josh Schwartz and Stephanie Savage is loosely based on the novel series of the same name written by Cecily von Ziegesar. It follows a group of young adults from rich families who attend a prestigious prep school. The series is known for the many twists and turns that come along with the revelations of the group’s scandalous and sensational secrets.

The popularity of the series has spawned a reboot/ continuation of the same name. The new series follows a new batch of students of the same school. One thing both shows have in common is the stylized voice-over narration that is used as a framing device for the story. Who is the seemingly omniscient narrator of the shows, you ask? Well, here’s everything you need to know in that regard.

Both the original and new ‘Gossip Girl’ are primarily set at the fictional Constance Billard School. The shows revolve around the interconnected and overlapping lives of a group of friends from wealthy backgrounds. They have a certain influence in the social scene of New York’s Upper East Side and harbor many secrets, some of which can potentially destroy their relationships with each other.

The narrator of both shows is the titular blogger who happens to know everyone’s secrets. In the original series, the blogger posts about these secrets online but continues to be a mysterious and anonymous presence. Towards the end of the series, Gossip Girl’s website is shut down. In the series finale, the identity of the blogger is finally revealed. Although we won’t spoil the identity for you, it is safe to say that the reveal has not been well received by fans and critics alike.

Nonetheless, Gossip Girl is back as the narrator of the new series, this time in the form of an anonymous Instagram account ready to spill the secrets of Constance Billard’s ruling circle. While the identity of this new blogger is almost certainly different from the original show’s, Gossip Girl essentially serves the same in-story purpose.

Therefore, it is only fitting that actress Kristen Bell who provides the voice of the original show’s narrator, returns to the role in the reboot. If Bell’s voice seems familiar to you, it is because she is also the voice behind Anna from Disney’s highly popular animated film ‘Frozen.’ Some of you might also recognize the actress as the eponymous detective from ‘Veronica Mars‘ or Eleanor Shellstrop from the acclaimed comedy series ‘The Good Place.’