Is 12 George a Real Hotel? Where is it Located?

Netflix’s ‘Inventing Anna‘ follows Anna Delvey as she rises up the New York City socialite ladder, claiming to be a wealthy German heiress. Her glitzy and opulent days are spent living in luxurious hotels and attending lavish events. Of the many places that host the young socialite, her most extended stay is at a posh boutique hotel called 12 George, where she befriends the enterprising concierge, Neff.

12 George becomes a base of sorts for Anna as she regularly hosts dinners for wealthy CEOs. However, as her unpaid bills continue to pile up, the hotel’s staff begins to get anxious. Neff — caught in between — also finds herself in an awkward position. Considering a significant portion of ‘Inventing Anna’ is based on real-life, let’s take a look at whether 12 George is an actual hotel or not.

No, 12 George is not an actual hotel. However, Anna Sorokin, aka Anna Delvey, stayed at a hotel called the 11 Howard. The fictional hotel’s name, despite being made up, is clearly a parallel to the name of the actual hotel that Anna stayed in. The fraudulent socialite reportedly arrived at 11 Howard sometime in February 2017, checking into a Howard Deluxe room, which cost about $400 a night. 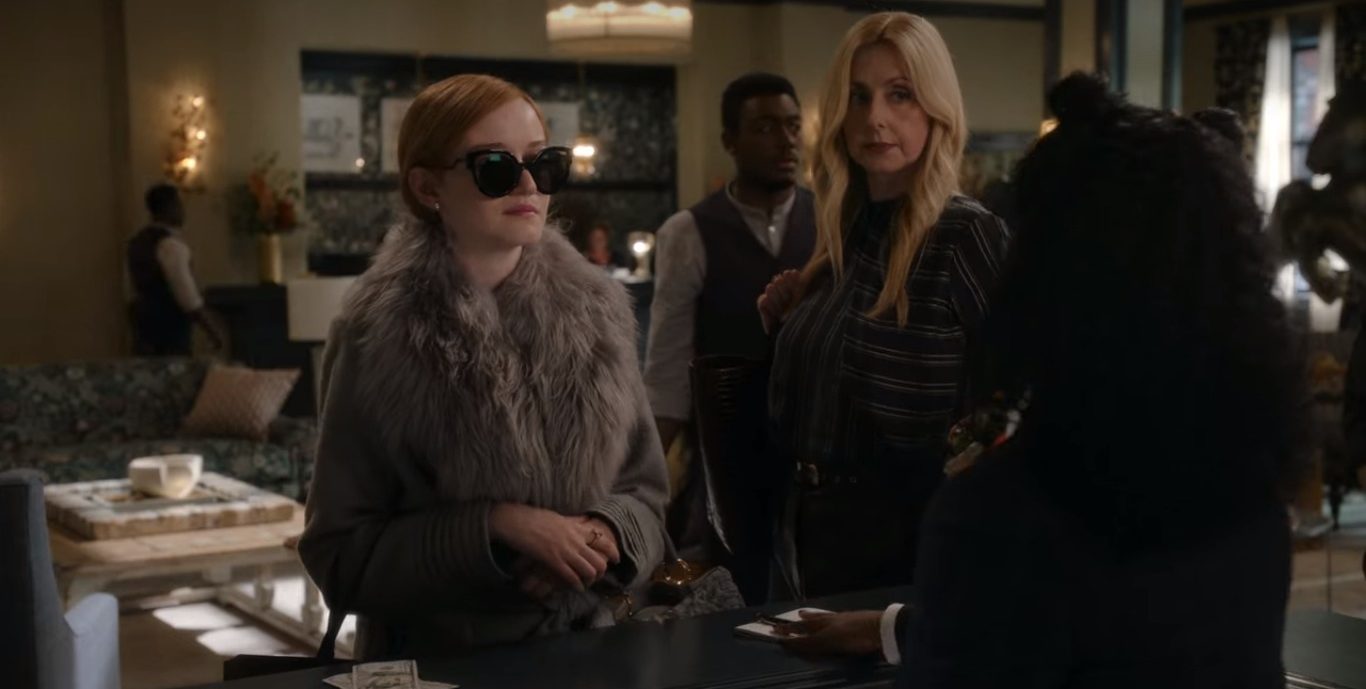 At 11 Howard, Anna met Neffatari Davis, the hotel’s concierge, and the two seemingly became fast friends. Neffatari is extensively quoted in Jessica Pressler’s 2018 article (‘How Anna Delvey Tricked New York’s Party People‘) and is also reportedly a consultant on the subsequent Netflix miniseries. According to the article, Anna racked up a bill of about $30,000 at 11 Howard, which included meals at the hotel’s French restaurant Le Coucou.

For various reasons, including the hotel being quite new when Anna booked her surprisingly long stay, the management seemingly did not have a credit card for Anna on file. Despite part of her bill being covered by a $30,000 wire transfer from Citibank, Anna’s charges continued to mount, and the hotel management eventually barred her access to the room. Anna eventually left 11 Howard, telling Neffatari that she was moving to the Beekman Hotel downtown.

Incidentally, the wire transfer from Citibank was part of the $70,000 that Anna defrauded the bank of using illegitimate cheques. In keeping with a 2021 court order, part of the money Anna (incarcerated at the time) received from Netflix for ‘Inventing Anna’ was used to repay Citibank.

Where is the Hotel Located?

The 11 Howard is located on 11 Howard Street in SoHo, New York. The bustling neighborhood where the hotel is located, which became Anna’s stomping grounds between 2013 and 2017, has also inspired her the title “SoHo Grifter.” Though the hotel is fictionalized on the show, the titular character’s time there depicts many of the outrageous antics that the real Anna did, including her habit of counting out bills (generally crisp $100s) until the concierge paid her attention.