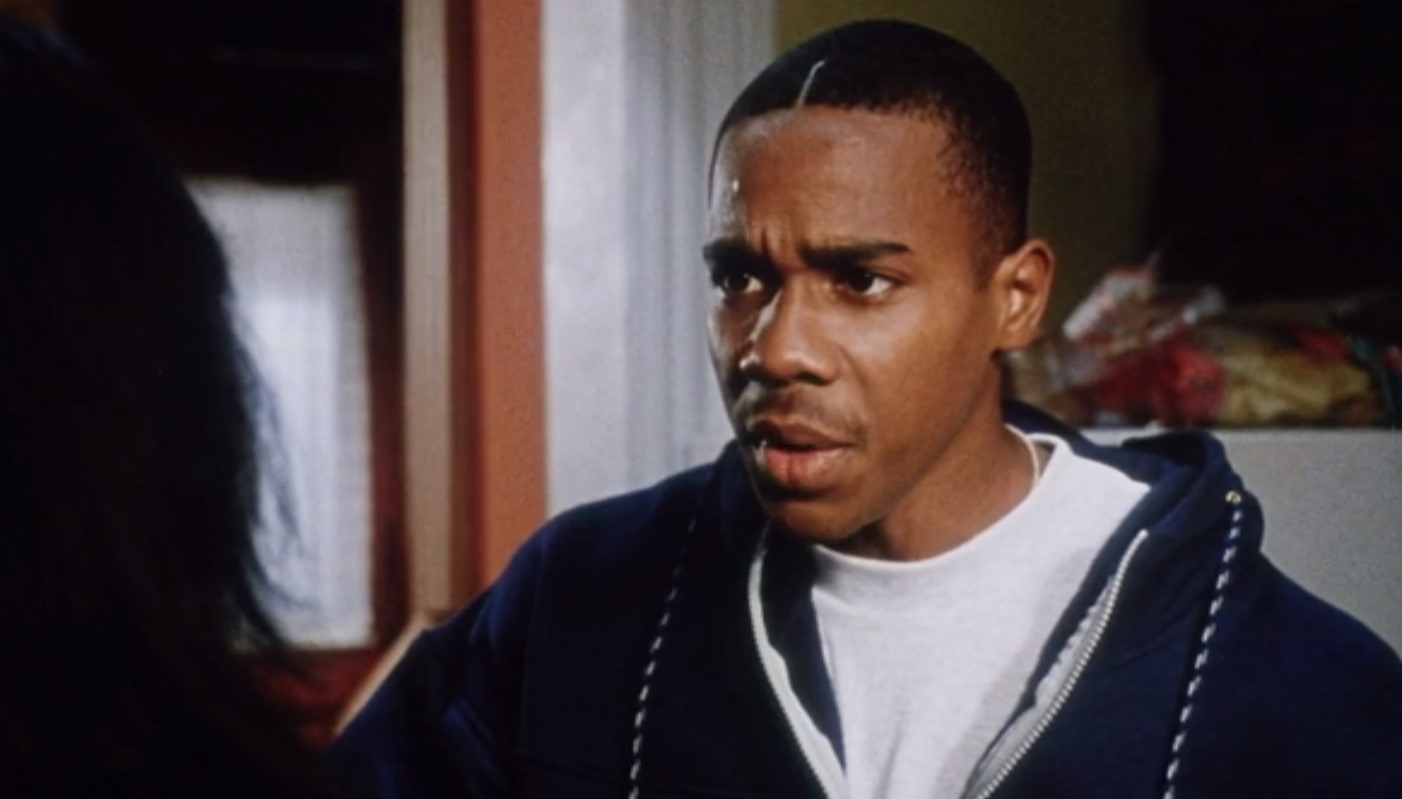 Directed by Jeff Pollack, ‘Above the Rim’ is a sports drama movie that follows a teenage basketball player named Kyle-Lee Watson. While waiting for his scholarship results, he decides to participate in a playground tournament, though he is torn about which team to go for. Kyle learns that beloved basketball coach Mike Rollins wants to recruit Thomas “Shep” Sheppard, a former player turned security guard Kyle’s mother is romantically interested in. This prompts the teenager to join the team of Birdie, a local drug dealer and Shep’s brother. However, as the tournament nears, things take a complicated turn.

Starring Duane Martin, Leon, and Tupac Shakur, the 1994 film is a complicated journey revolving around family dynamics, misunderstandings, crime, and learning. Despite the numerous ups and downs that Kyle and Shep go through, they learn to overcome their flaws and fears and look forward to a better future. Several movie fans have expressed their admiration for the gripping story and are curious about how it came about. Is there a real-life incident that inspired the moviemakers, or is it simply a work of fiction? Well, here’s all we know about it.

Is Above the Rim a True Story?

‘Above the Rim’ is partially based on a true story. Director Jeff Pollack fashioned the original story after an All-American high-school basketball player from Queens, New York. Apparently, the kid had potential but never had the chance to capitalize on it due to unfortunate events in the 1980s. Jeff and producer Benny Medina, childhood friends and business partners, approached Barry Michael Cooper to add to the story and write the script for ‘Above the Rim.’ 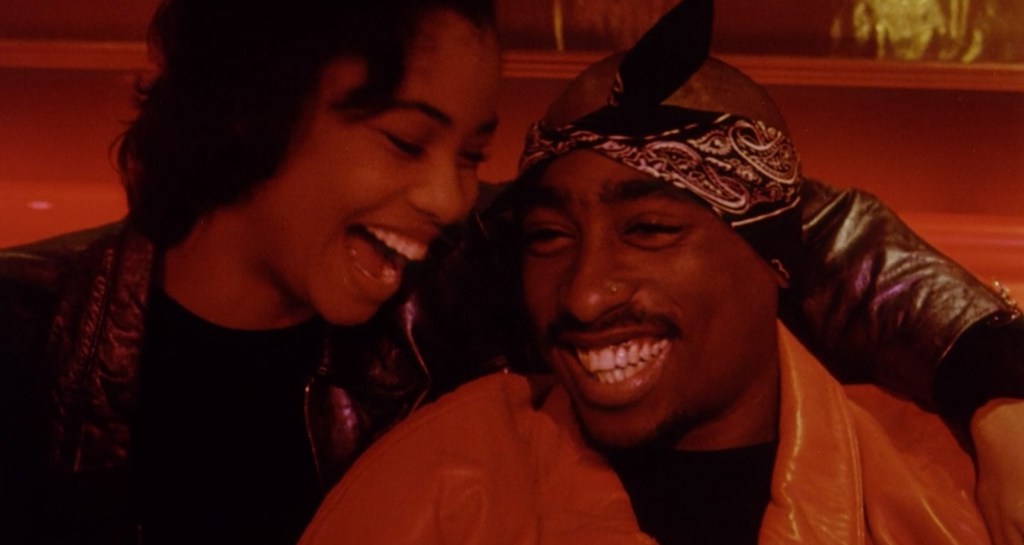 Barry Cooper had spent most of his summers as a high school student at the Rucker Basketball Tournament matches taking place at Rucker Park, 280 West 155th Street, Harlem, New York. The writer had witnessed several beloved NBA players like Julius “Dr. J” Erving and Nate “Tiny” Archibald in action during that time. Nevertheless, he also knew several talented players who never reaped the benefits of their skills, and he shared several such stories with Jeff Pollack.

Barry talked about players like Carlton “Mr. Moto” Green from the Colonial Houses and Joe “The Destroyer” Hammond, who dropped 50 points on Dr. J himself but then disappeared at halftime. As he regaled the director with the details about the players and the atmosphere of the Rucker Basketball Tournament, the latter grew even more fascinated about the events. Jeff hired Richard “Pee Wee” Kirkland, a legend among the Rucker basketball players, as an adviser for ‘Above the Rim.’ Furthermore, Pee Wee was cast as Phil Redd, the scout from Georgetown University. 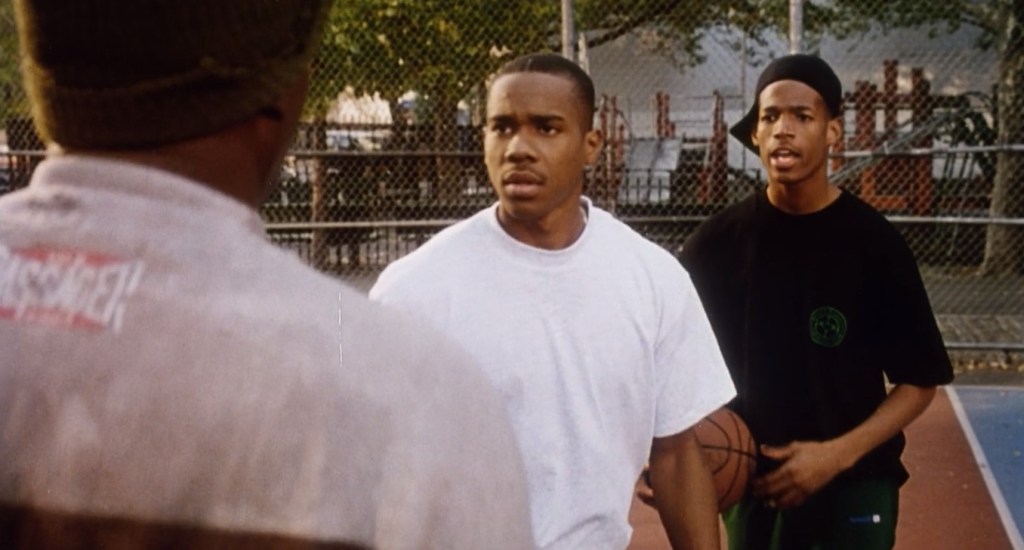 The director even flew to New York to attend some games to get a better and first-hand understanding of the event that Barry spoke so fondly of. This is perhaps the biggest reason why ‘Above the Rim’ is set in Harlem, New York. However, Jeff and Barry did not always have the same ideas regarding the film though they would eventually find the middle path. Reportedly, there was a time when the duo argued in the lobby of the Regency Hotel on ​61st and ​Park Avenue, New York. The disagreement came after Barry modified several pages of Kyle’s dialogues.

I asked Jeff, “Yo, are you serious? I worded the dialogue the way people talk uptown. This movie is set in Harlem, not Bel-Air.​ That’s why you and Benny hired me—to make it authentic.” Jeff calmed down, and we talked it out. And that’s what I respected about him: his passion and honesty in wanting to be true​ not only to the film he saw in his head​ but the subject matter on the script’s pages,” Barry wrote in Complex.

‘Above the Rim’ is heavily inspired by real-life events and stories; while the exact storyline may have been fictional, the themes and characters showcased reflect true incidents. Characters like Kyle, Shep, and Birdie originate from stories and people the filmmakers had encountered during research or in real life. The issues portrayed in the movie also resonate with the viewers since they are based on struggles faced by people within the described circumstances.